While the majority of Ireland is within driving distance of Dublin, I underestimated how exhausting it would be driving down to Kerry, all around Kerry and back in one weekend. Nevertheless it means most of it was ticked off the bucket list, and included a stop off in Obama’s village (aka Monegall – the commemorative petrol station is a sight for sore eyes), a boat tour in Dingle, scoffing tasters in a chocolate factory, and a ferry over to Valentia island. We even caught the Top Gear filming gang cruising the same route several times.

We had booked a gorgeous Air BnB overlooking the bay across from Dingle, and run by an old gent minding his sheep and their new spring lambs in his tweed blazer and wellies. He also had such a strong Kerry accent, that my vegetarian friends thankfully didn’t understand his joke about which of his lambs we’d like for dinner…All seriousness aside, you know you are in for a treat when this is the view out of you window… 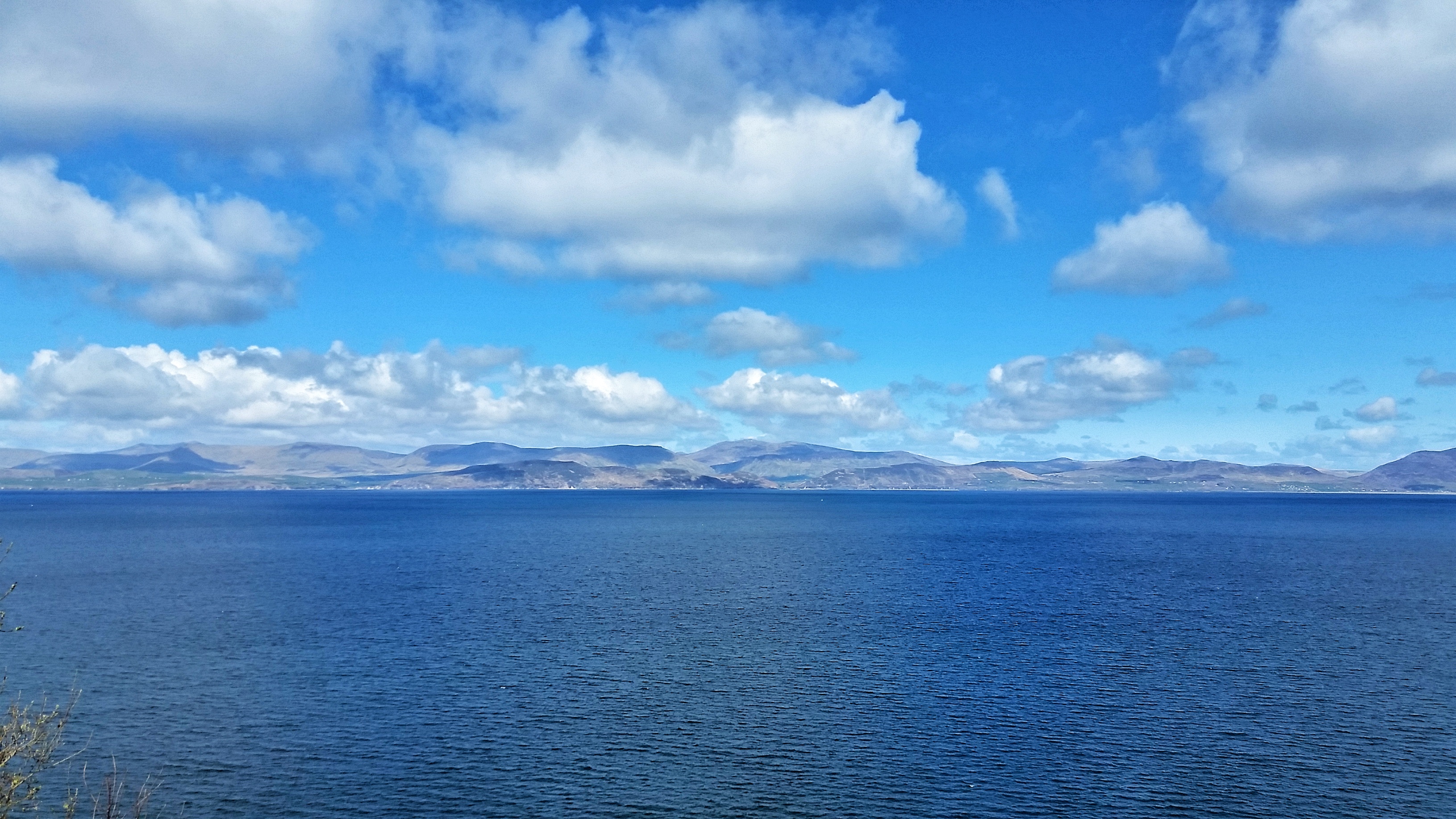 Since time was short, we zoomed around the country roads around the bay to Dingle, where we caught a boat out to search for Fungi – Ireland’s oldest dolphin. We did find him, but I can safely say I probably won’t do a dolphin searching boat trip again – I can’t imagine the poor thing enjoyed being chased around the bay….. taking a photo with his statue is a safer bet. 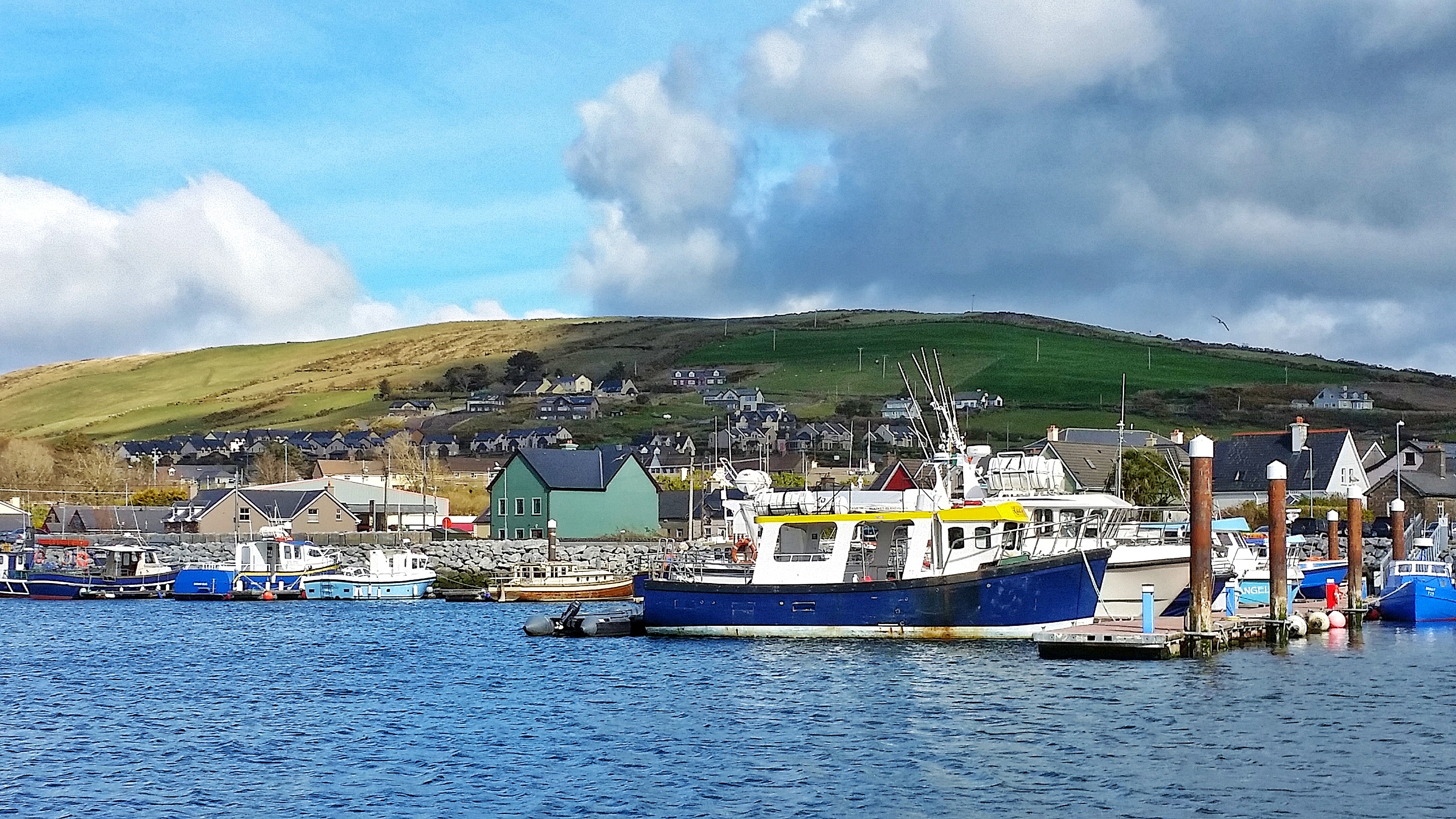 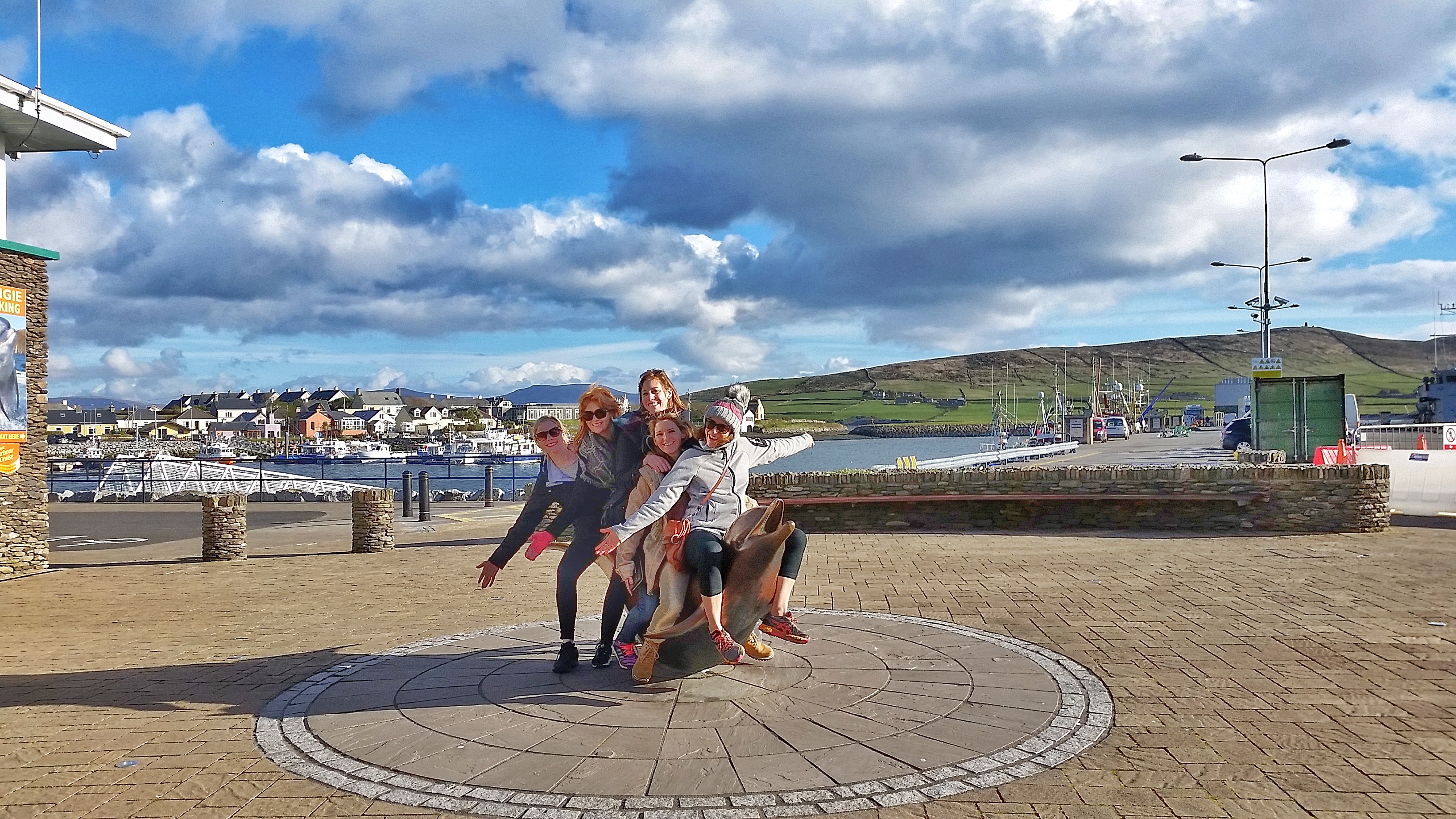 …although the view from the boat was unbeatable…. 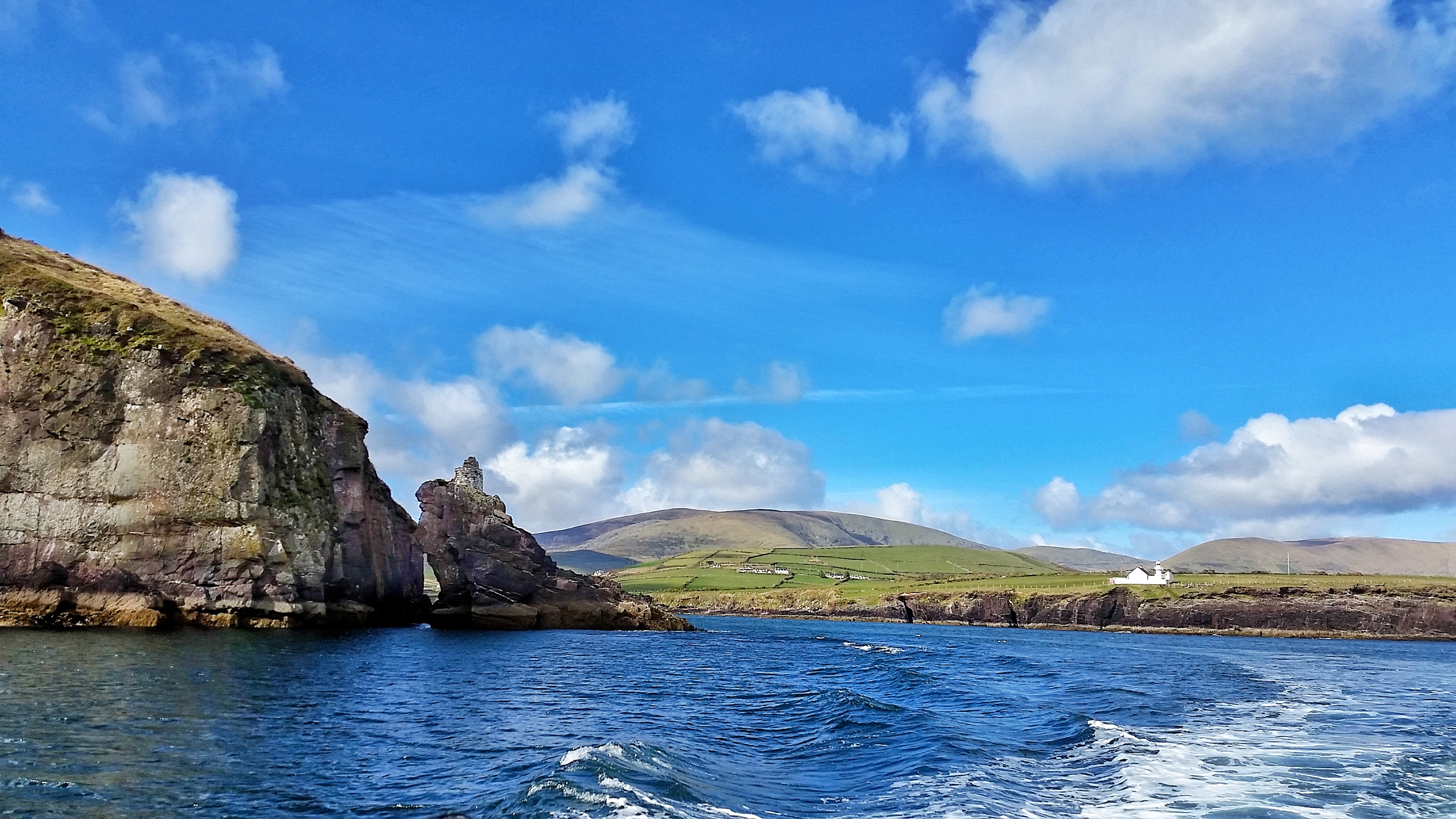 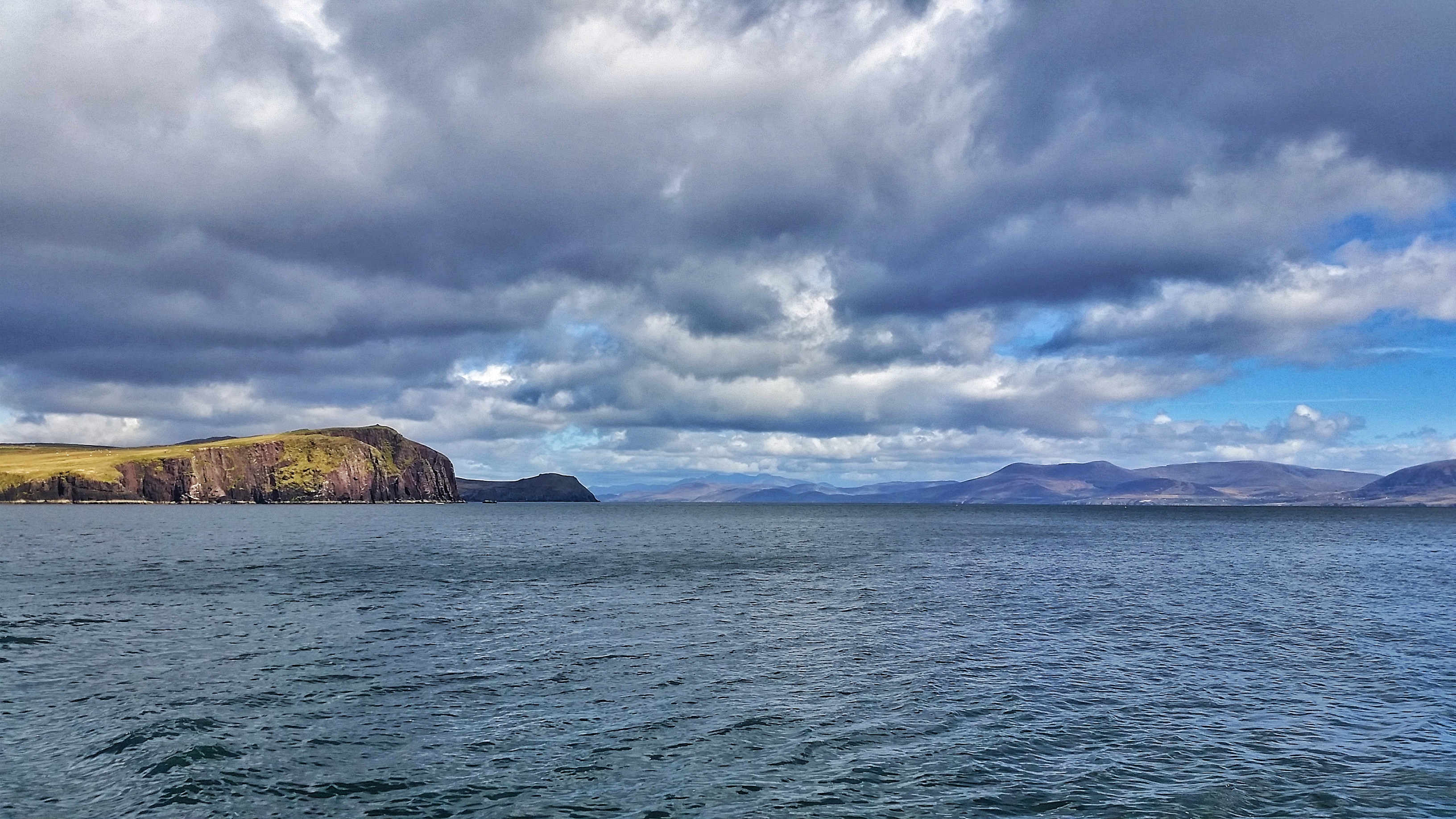 From there the road follows out of Dingle, winding its way along the coast. The Slea Head drive offers incredible views out onto the Atlantic and across the surrounding countryside. Its a really enjoyable drive with lots of tight squeezes – and on a good day you can see all the way over the bay to the Skellig islands, now infamous thanks to Star Wars and evident through the multiple bits and bobs of themed paraphernalia you can buy…. 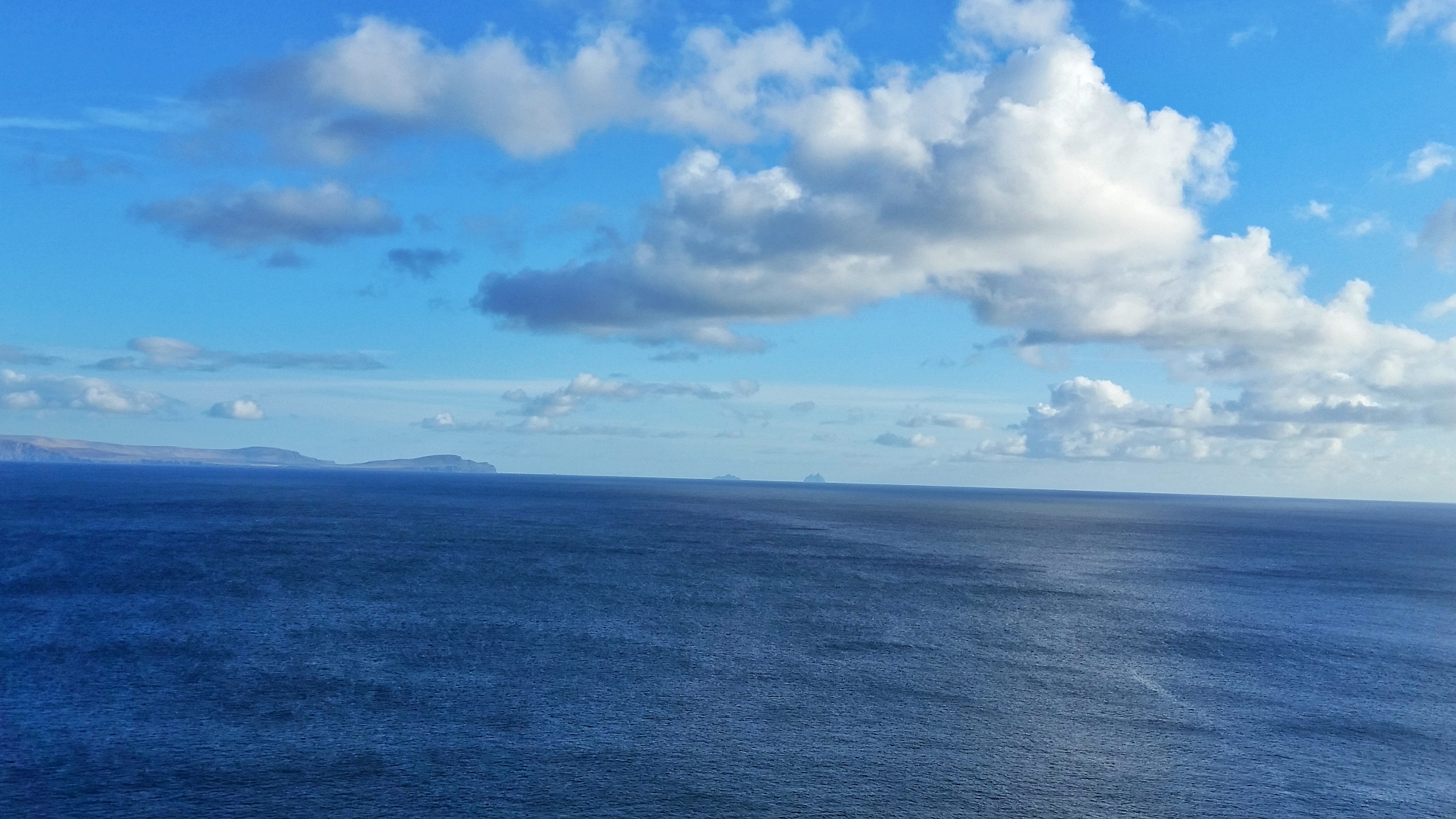 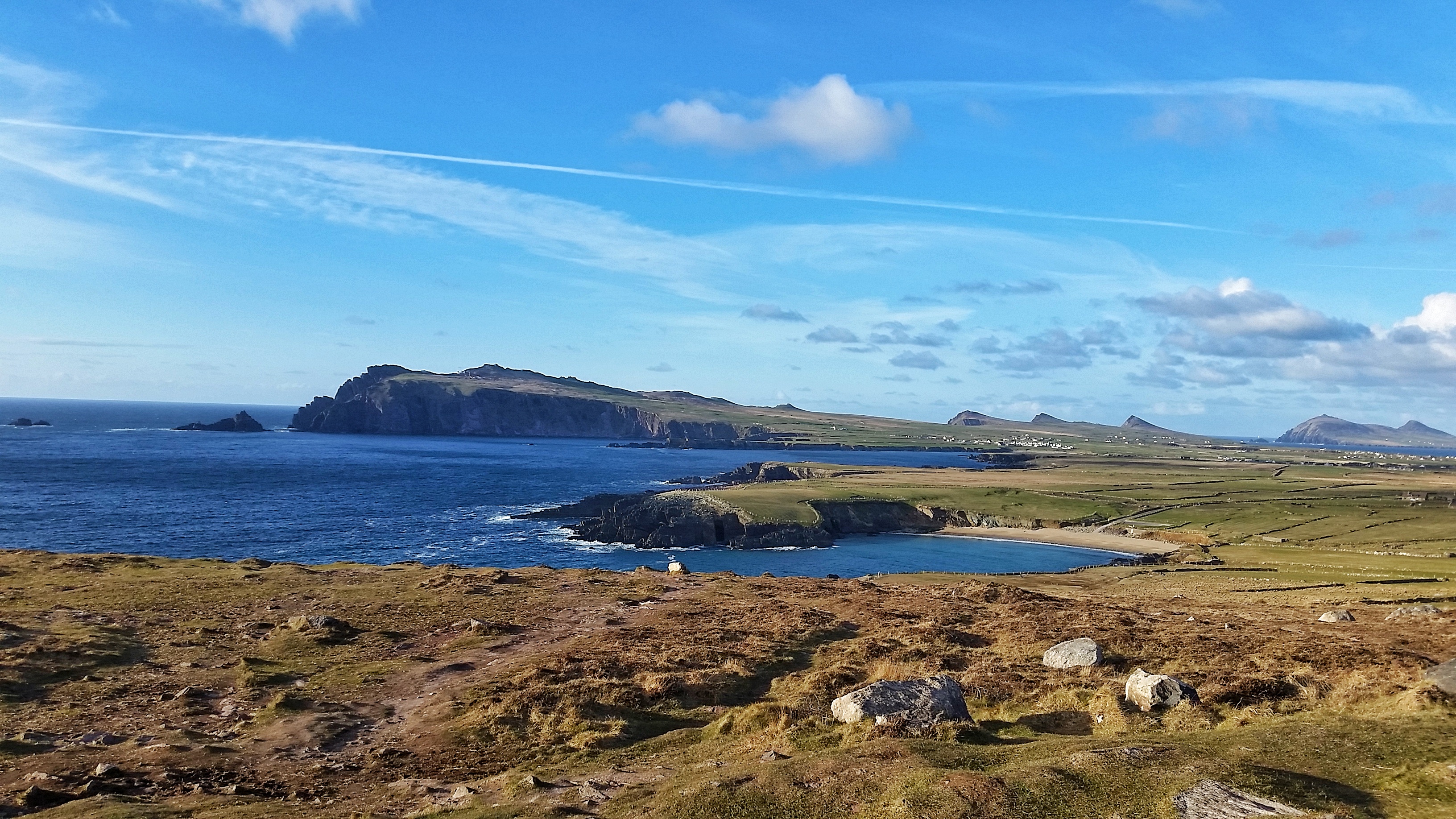 We rounded off the evening with the drive back around, passing Inch Beach as the sun set. Bliss. 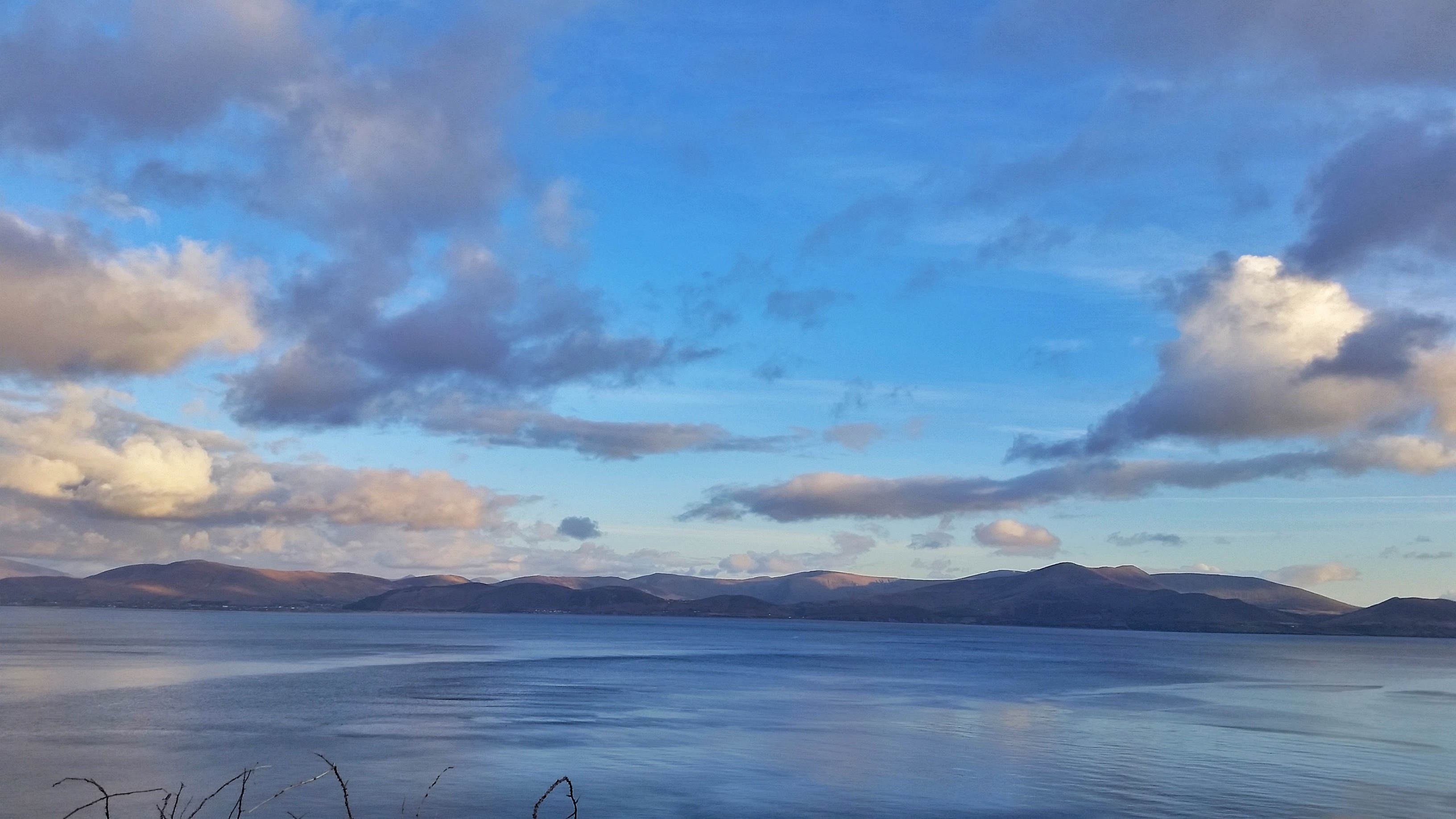 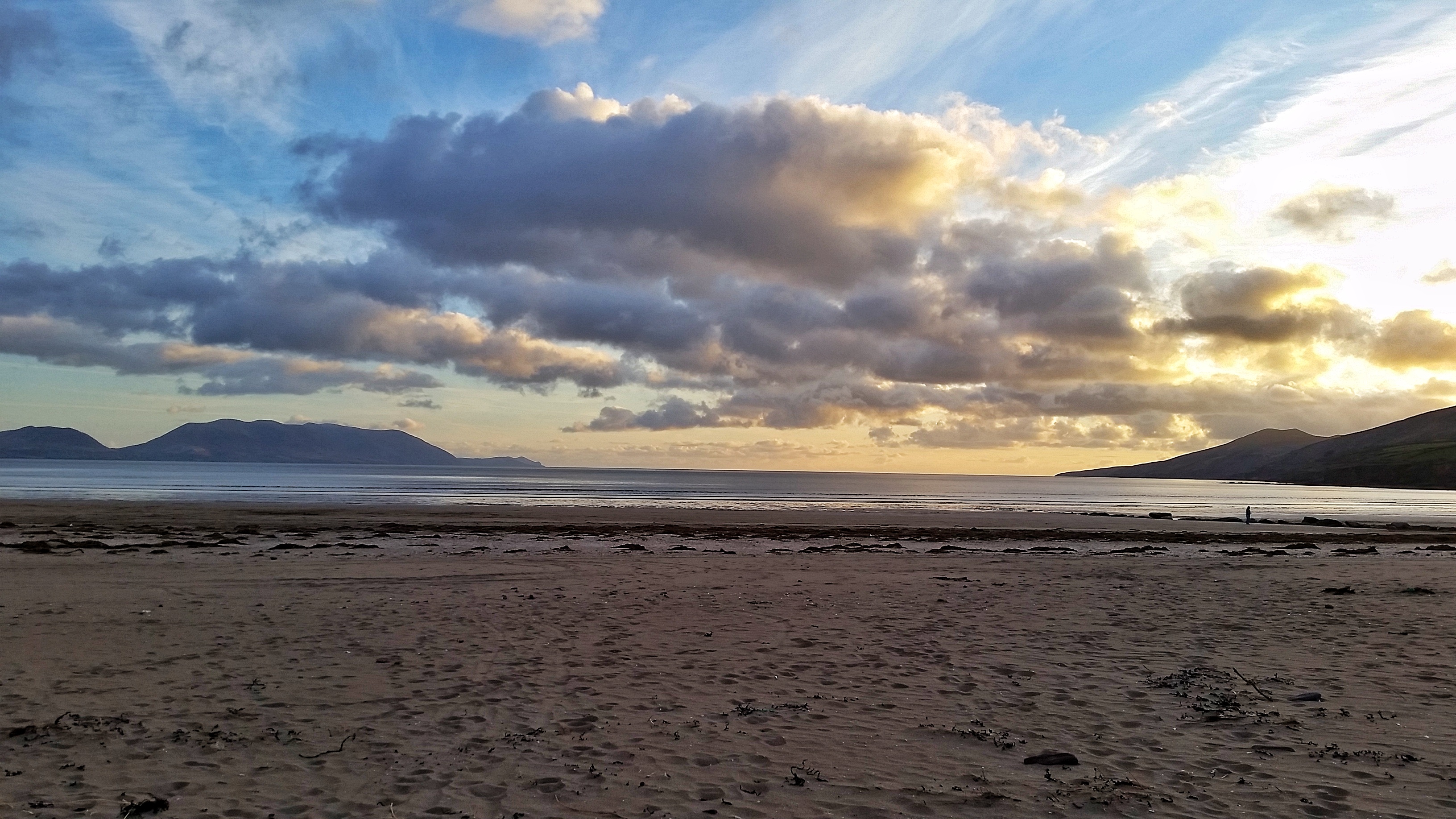 The rising sun on Sunday morning (actually a bit later once we managed to squeeze everything back in the car) followed us southbound along the coast, taking a short (but well worth it) ferry over to Valentia Island. 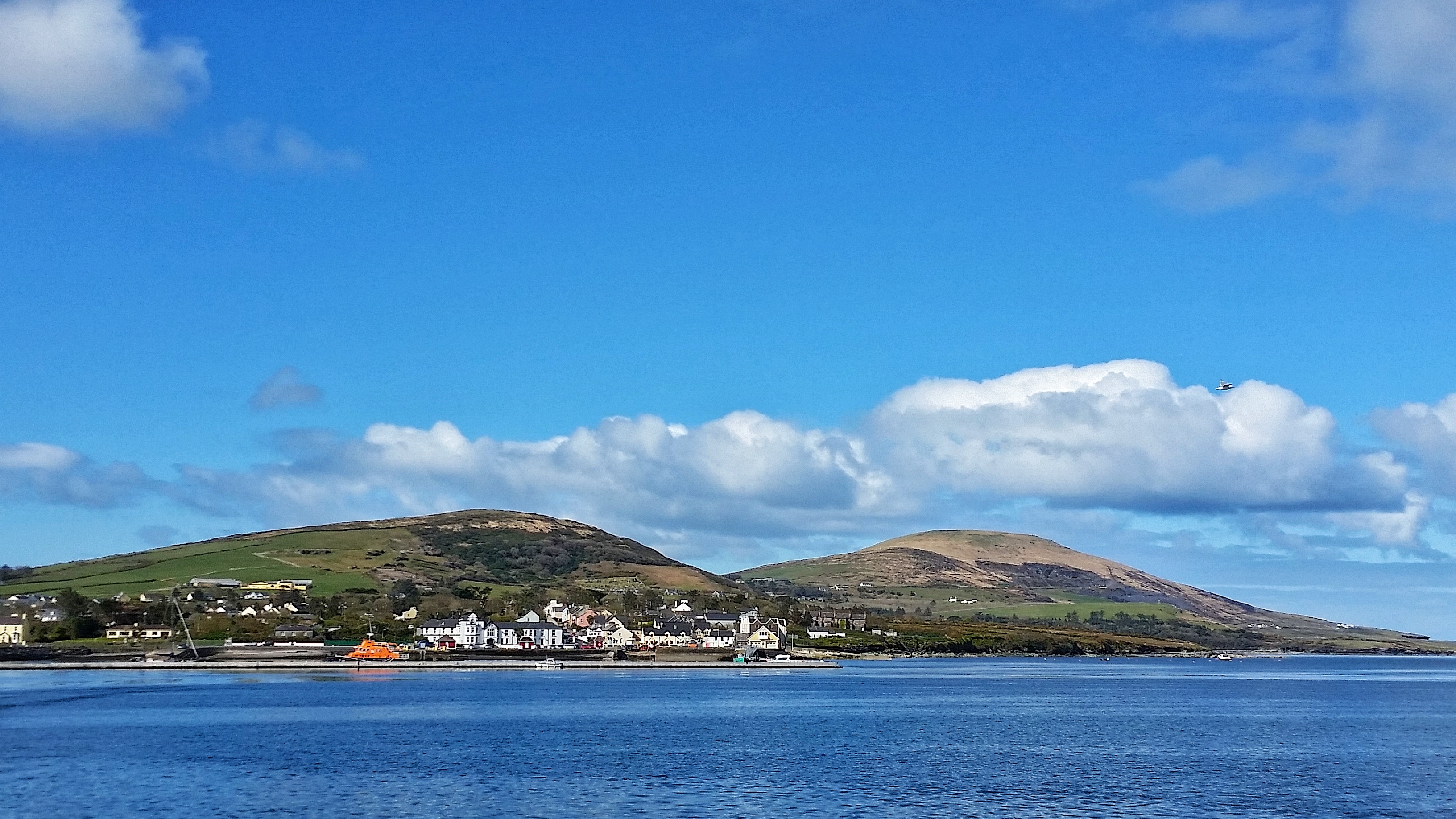 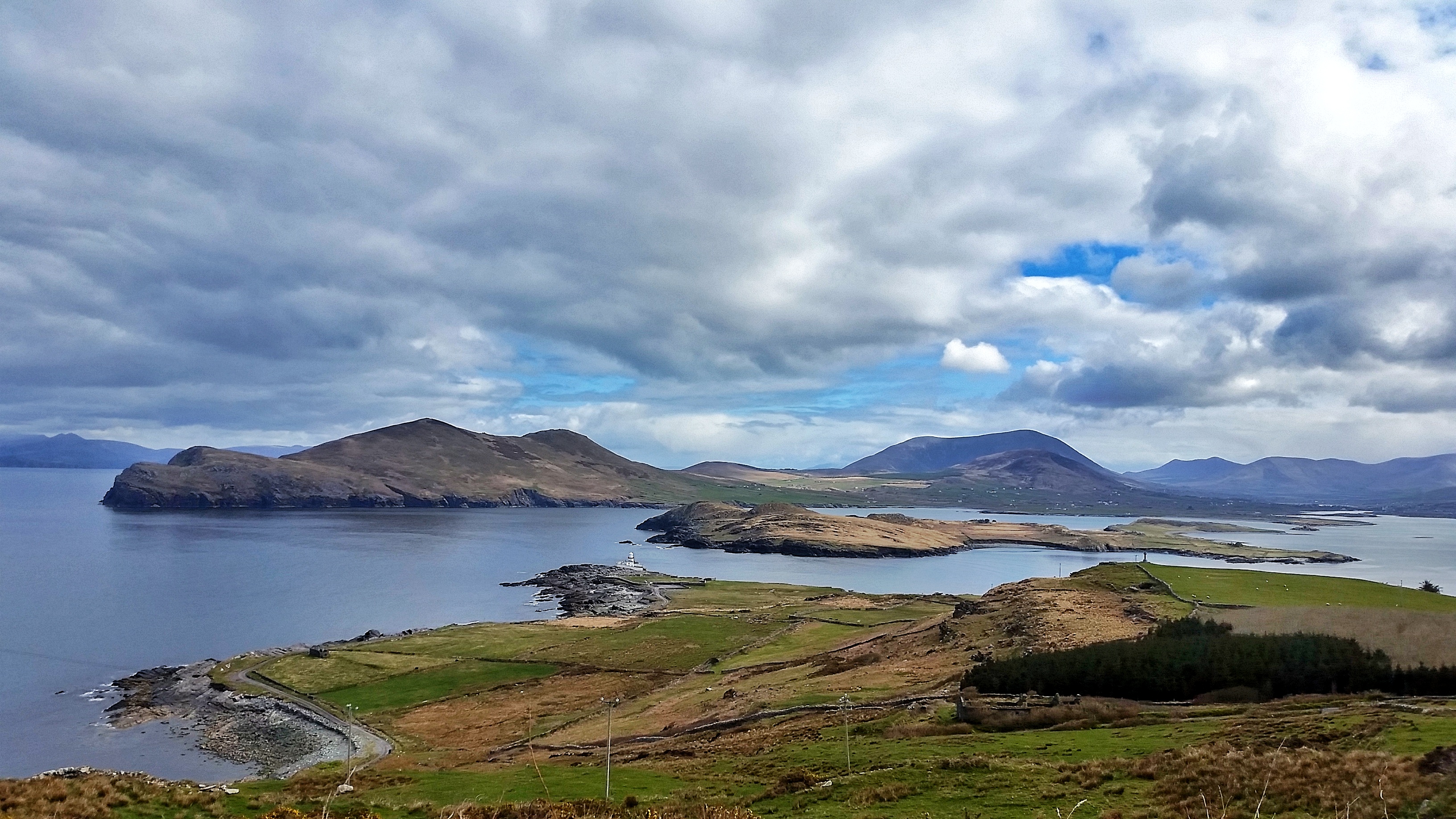 Then it was another coastal route past some beautiful sandy beaches to colourful Kenmare (excellent lunch spot), up and up over the mountains and through Molls Gap down into Killarney. There’s a few nice short walks here – try the one up to the waterfall – and a stroll along the castle and its lakeside. 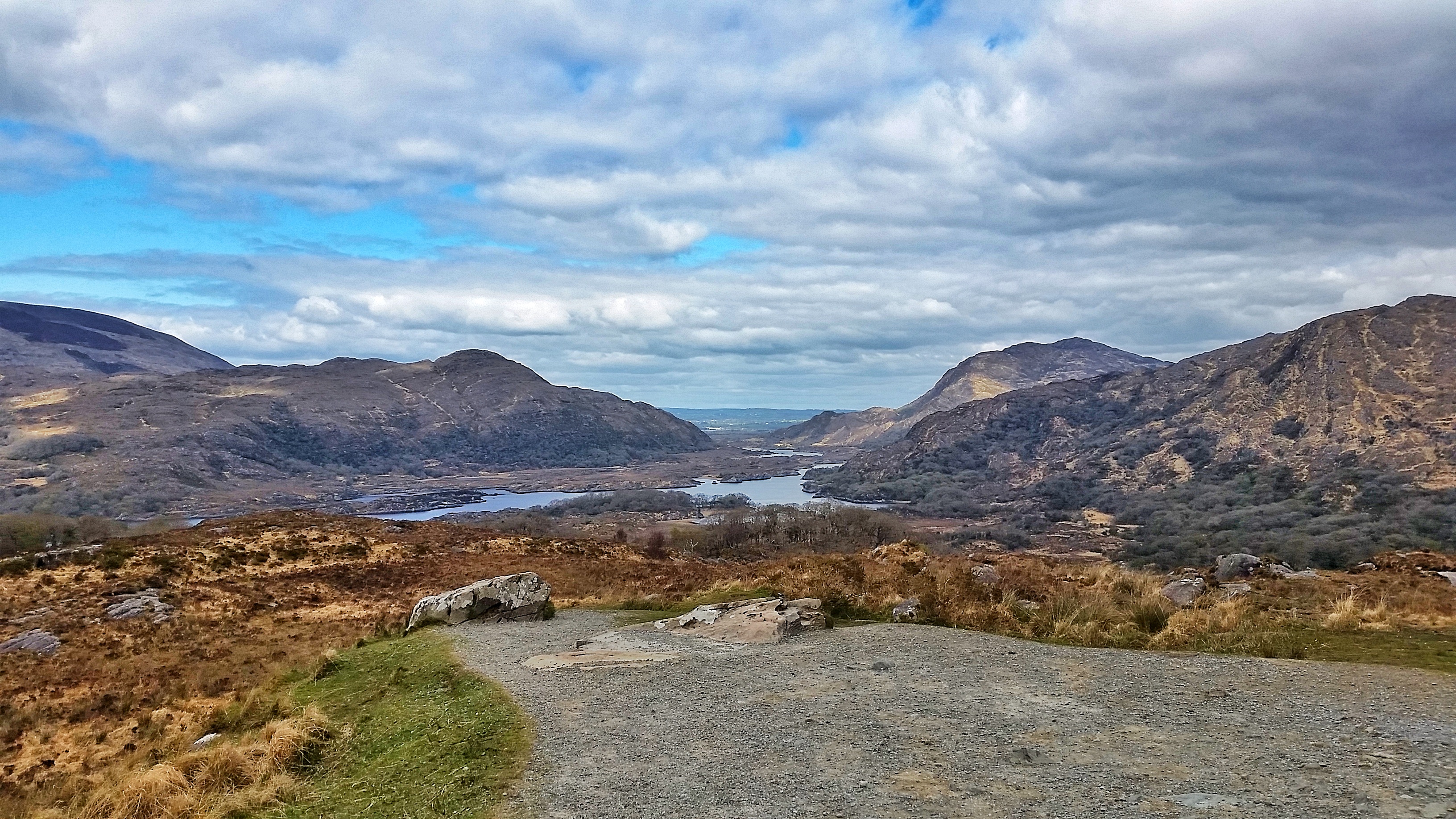 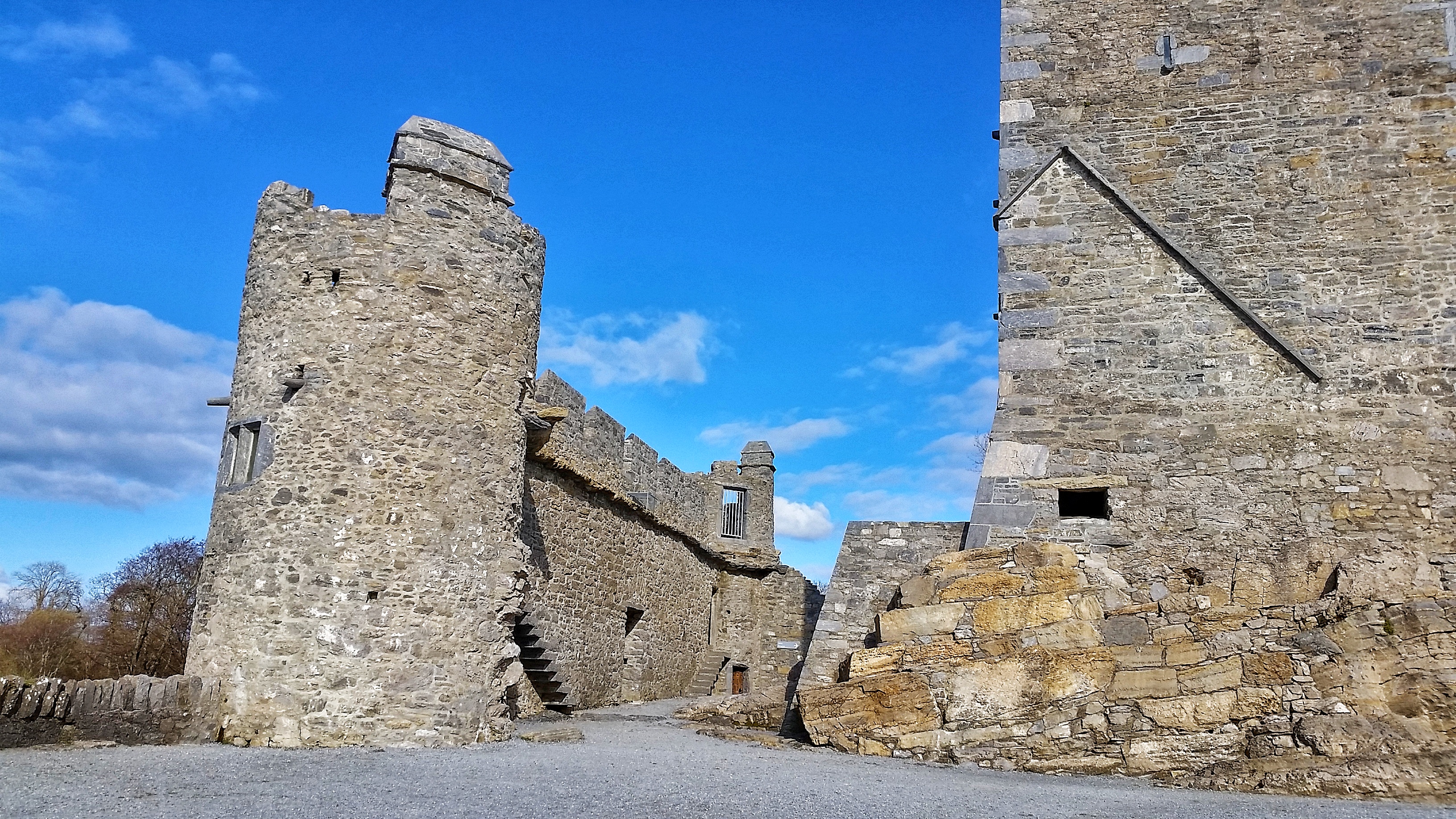 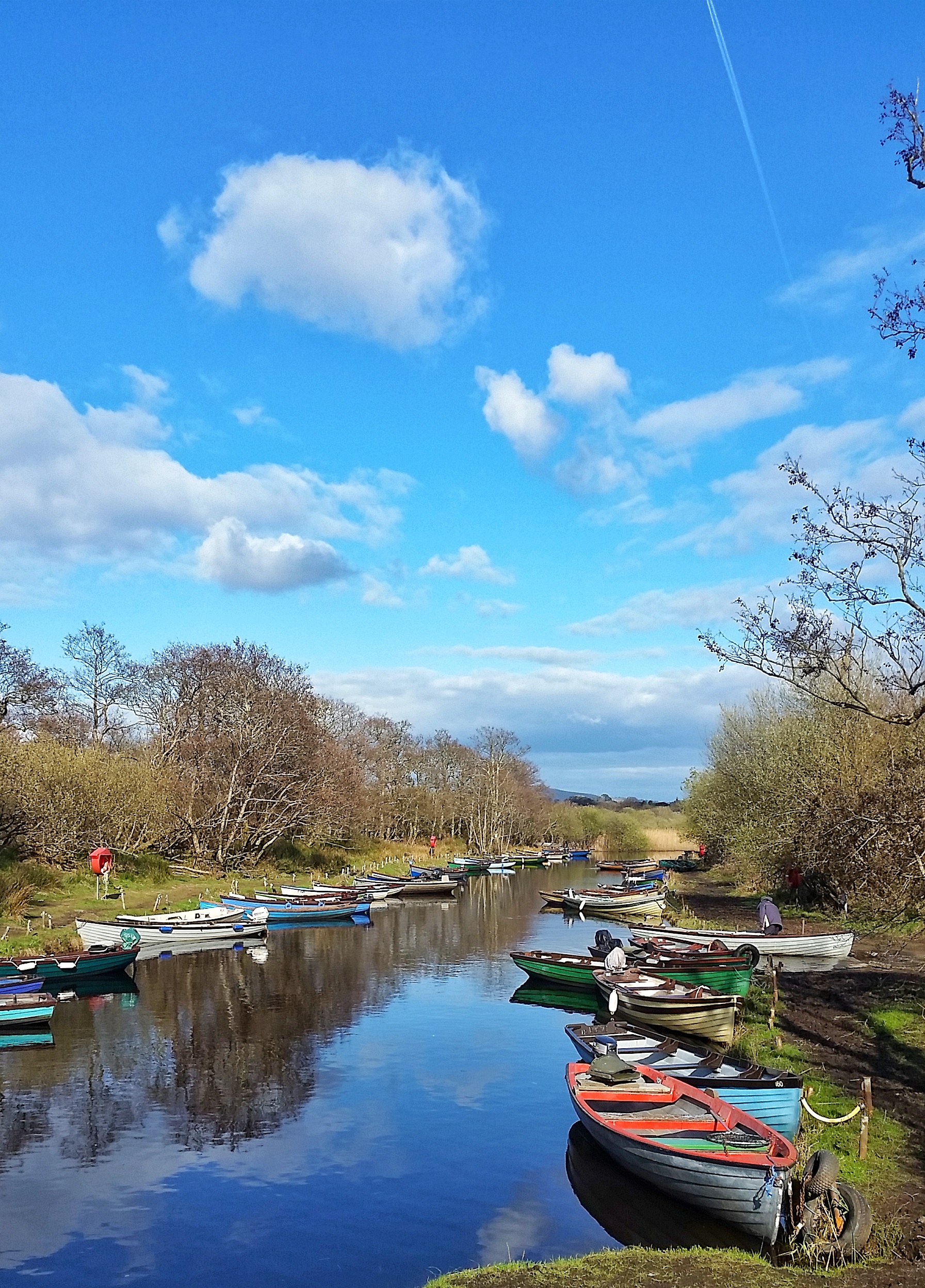