Since La Paz is a huge city and a central point from where to get around Bolivia and back over to Peru we spent several odd days in the city here and there. All we had seen when we first arrived in the evening before going on the bus to Uyuni was the bus station and things one hundred metres down the road from it so on our return from Uyuni we planned to have a day in the city before our departure back over the border to Peru. Having arrived in Loki Hostel we dropped off our bags and set off into the choked streets of La Paz for some breakfast and a little sightseeing. La Paz is a huge metropolitan area with buses crammed full of passengers racing around corners and squashing into streets littered with cars and exhaust fumes. 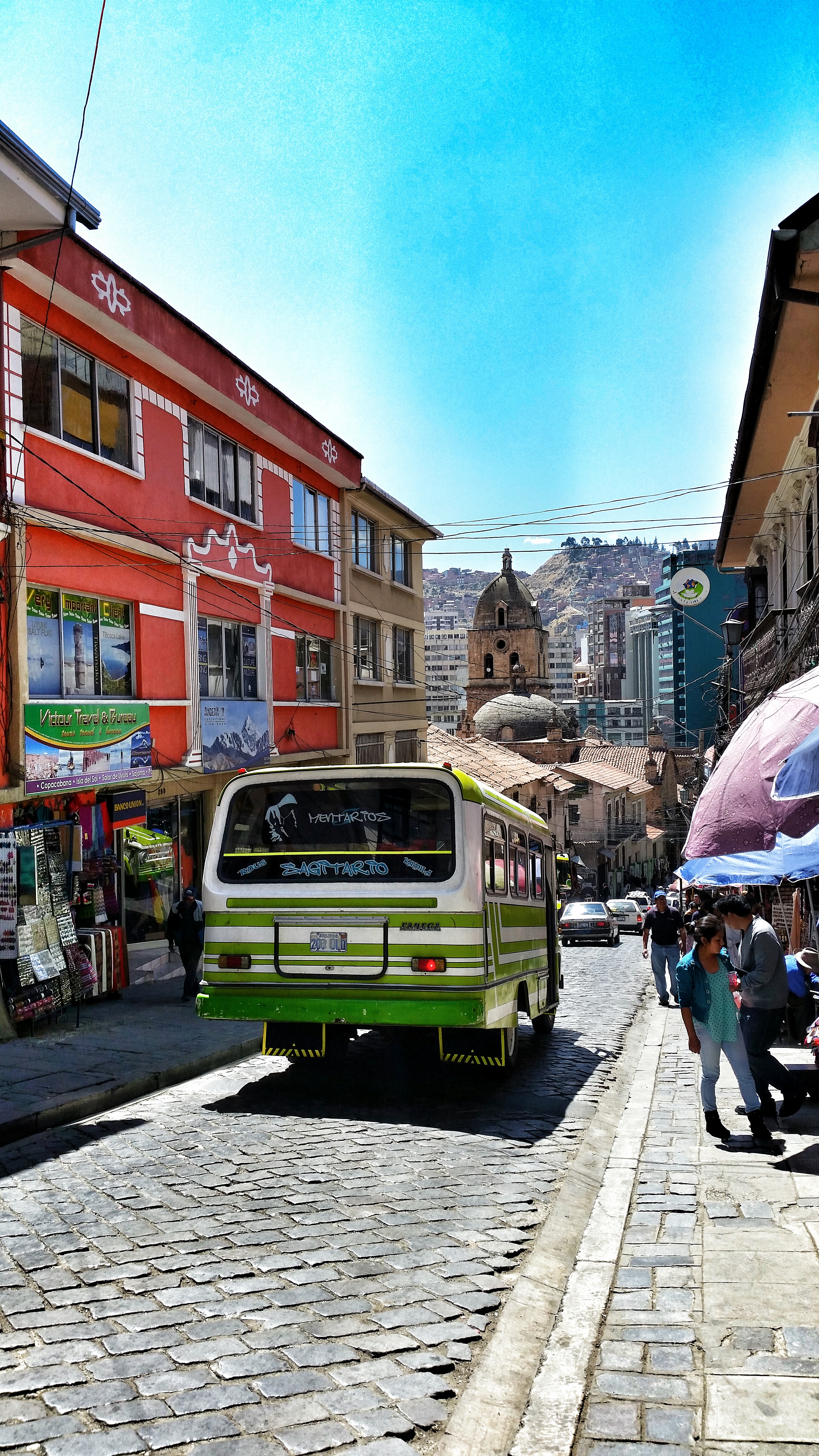 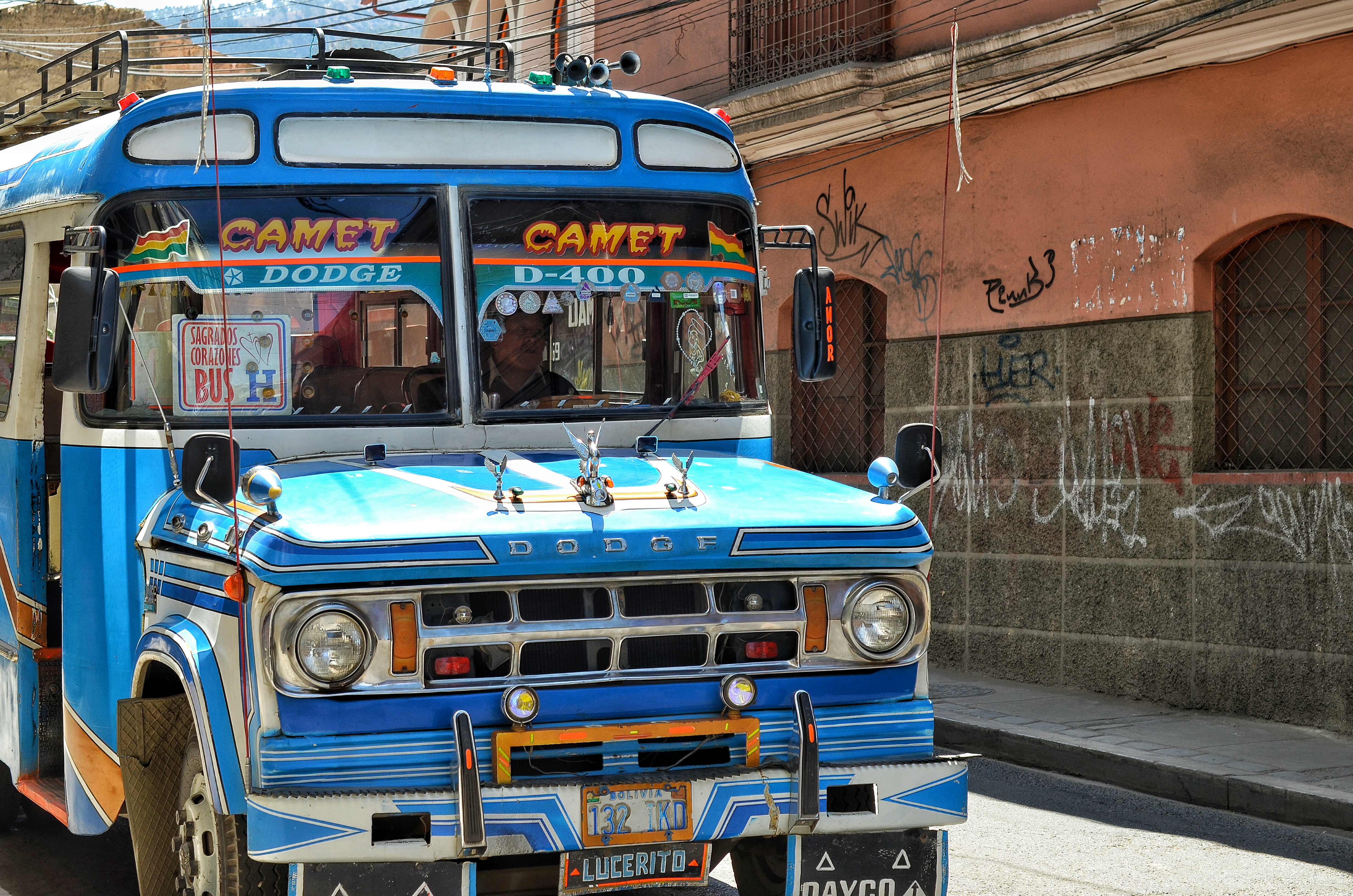 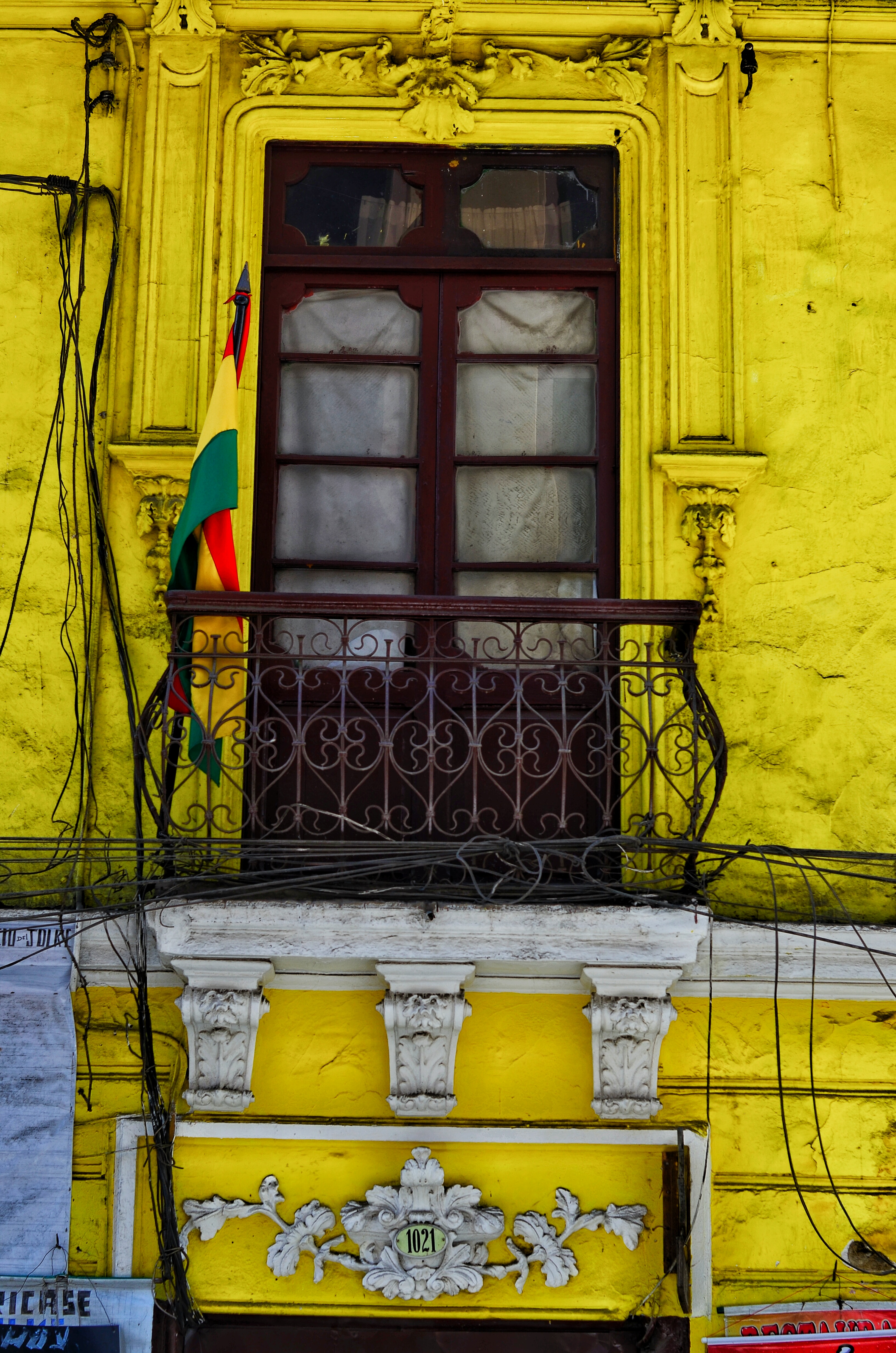 It was a little bit overwhelming so we soon found a cafe tucked into a courtyard off from the street to enjoy some lomo saltado (beef) before braving the bustling pavements again. The city is packed with lots of little stores selling tourist trinkets and each street has at least five people who man their small own stands selling sweets, various popped cereals, freshly pressed orange juice or some form or another of home cooked food. There is a large park area which is dusty and dry but at its centre is an theatre with nice graffiti on the outer walls and a local food market in its shadow. 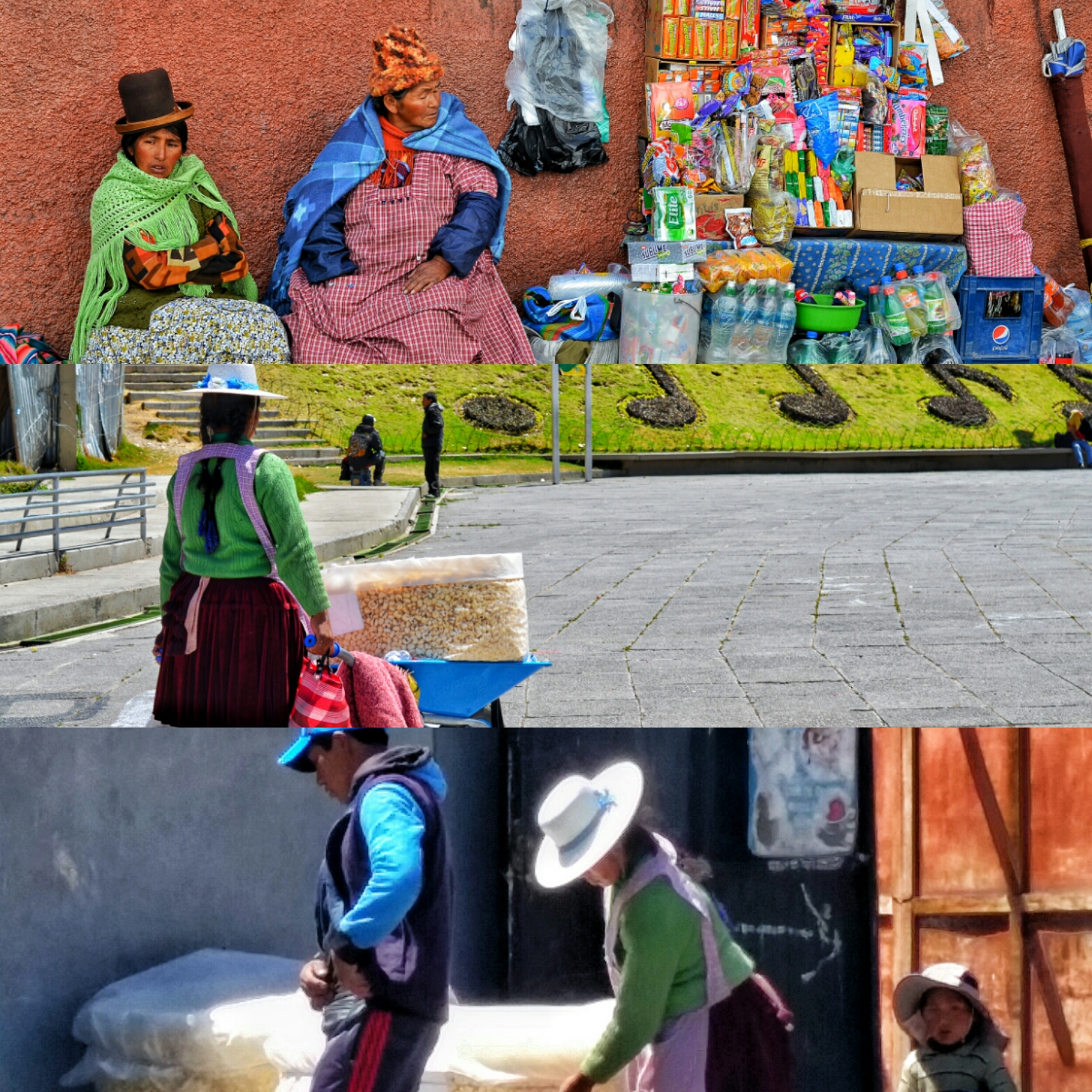 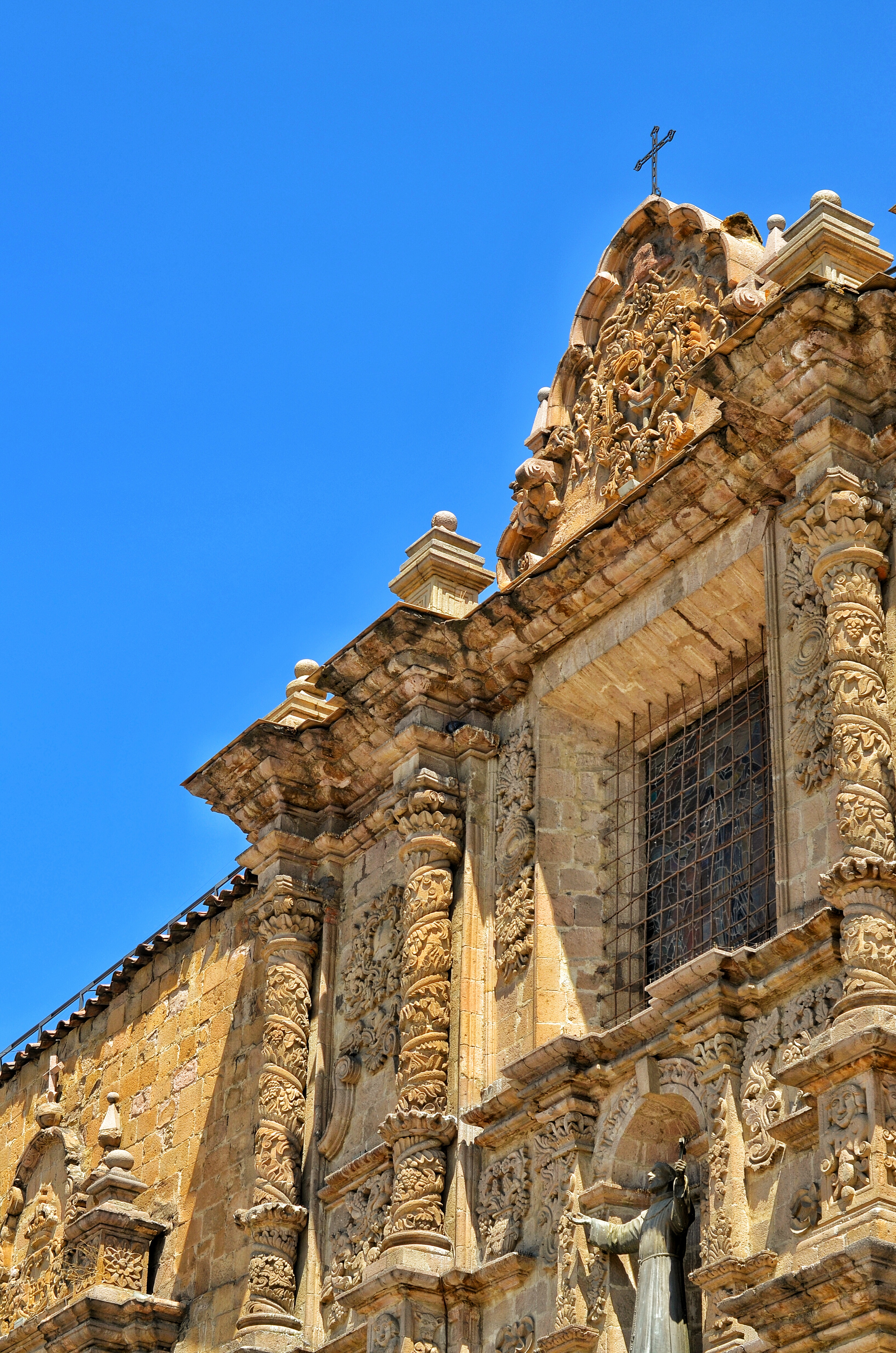 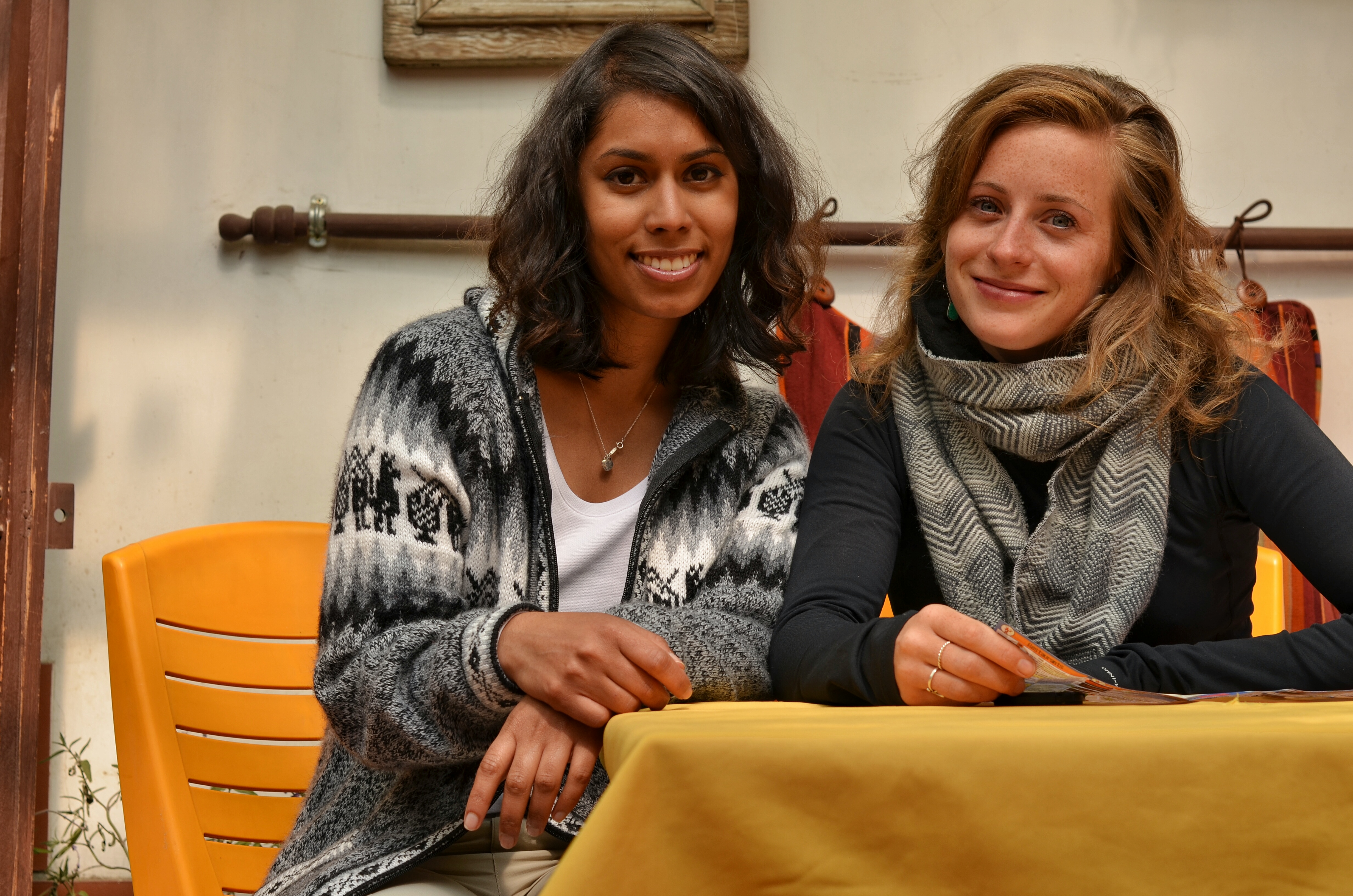 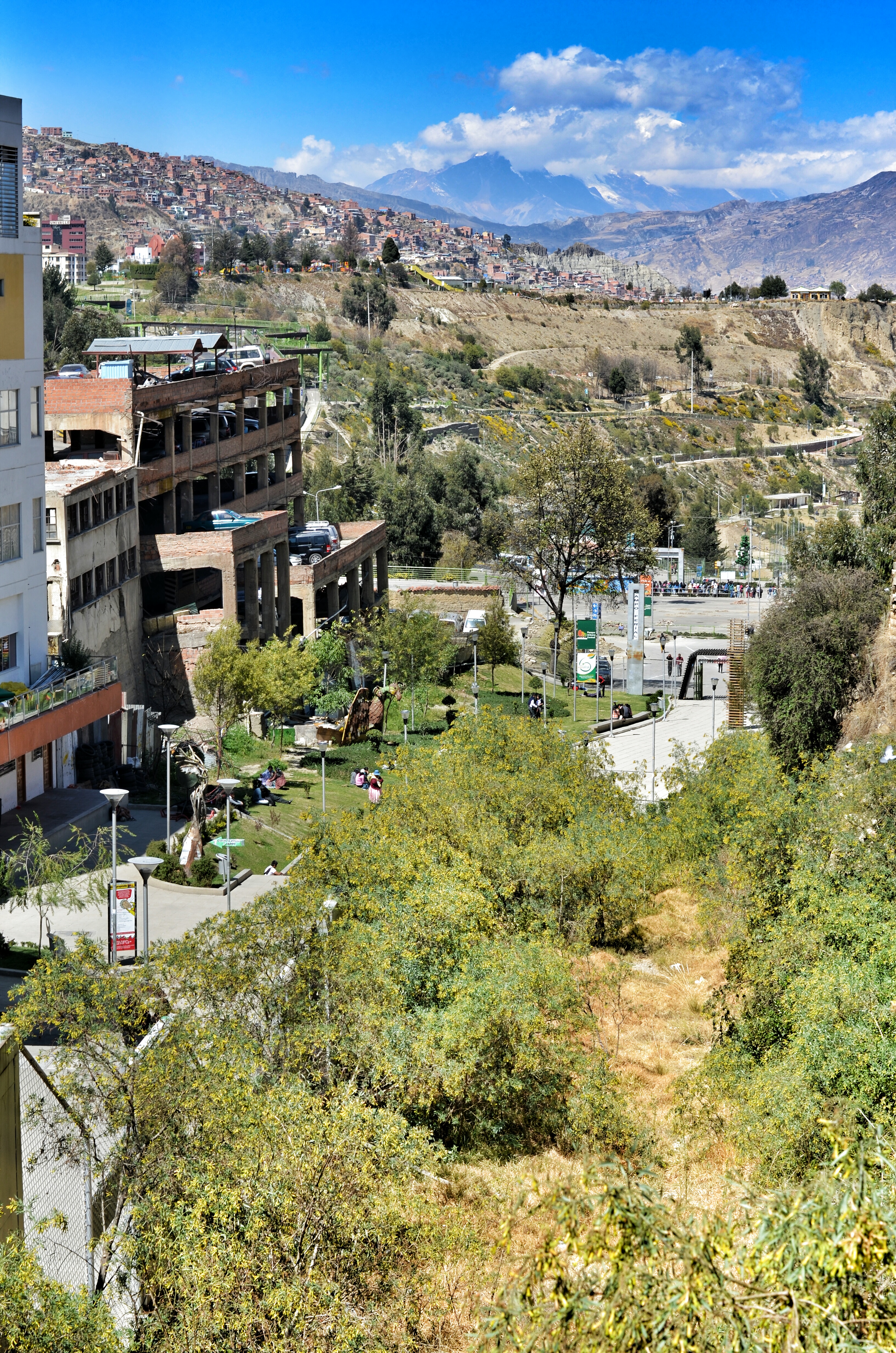 If we hadn’t eaten already I would have stopped here since it looked like the food there was more authentic then most of the other restaurant scattered around the city. There are several other markets here and there and a square with a beautiful old church. In the evening we took the red gondola line up to el alto to look over the sprawling city (completely modern service yet very few locals take it, seems to be one for the tourists) but the viewing balcony was being cleaned so we sat back down into the gondola to enjoy the view through its glass windows as we watched the sun set over the mountains. One of the most stunning things about La Paz was the sheer size of the city along with the beautiful view of the mountains in the background. Back in La Paz we fought our way through the ever more crowded streets (rush hour) past people preparing trout to cook and sell on their small portable stoves and squashed into a tiny Moroccan restaurant where we had some of the best chicken croquettes ever washed down by delicious mint tea in a room that resembled Aladdins cave. 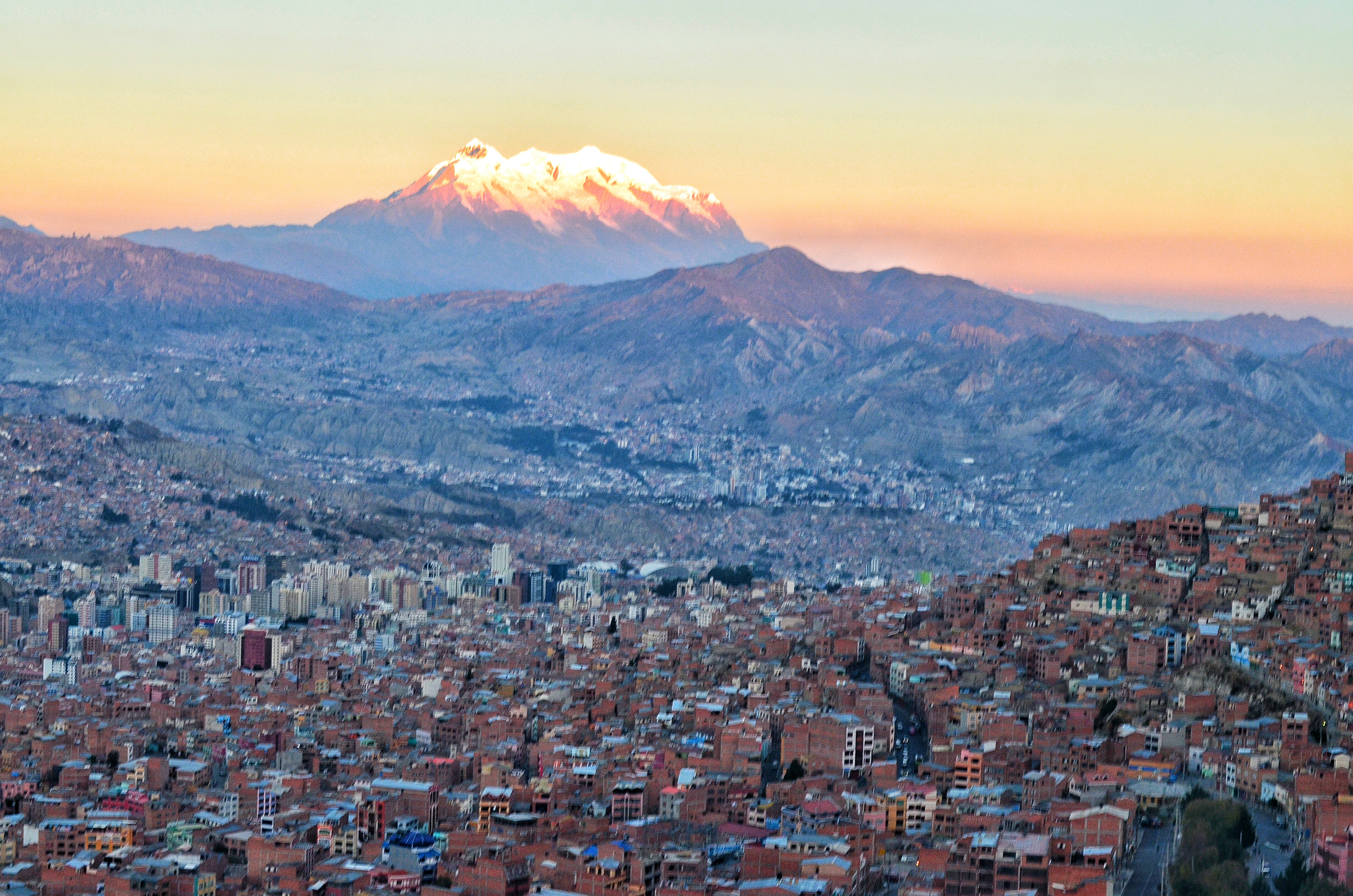 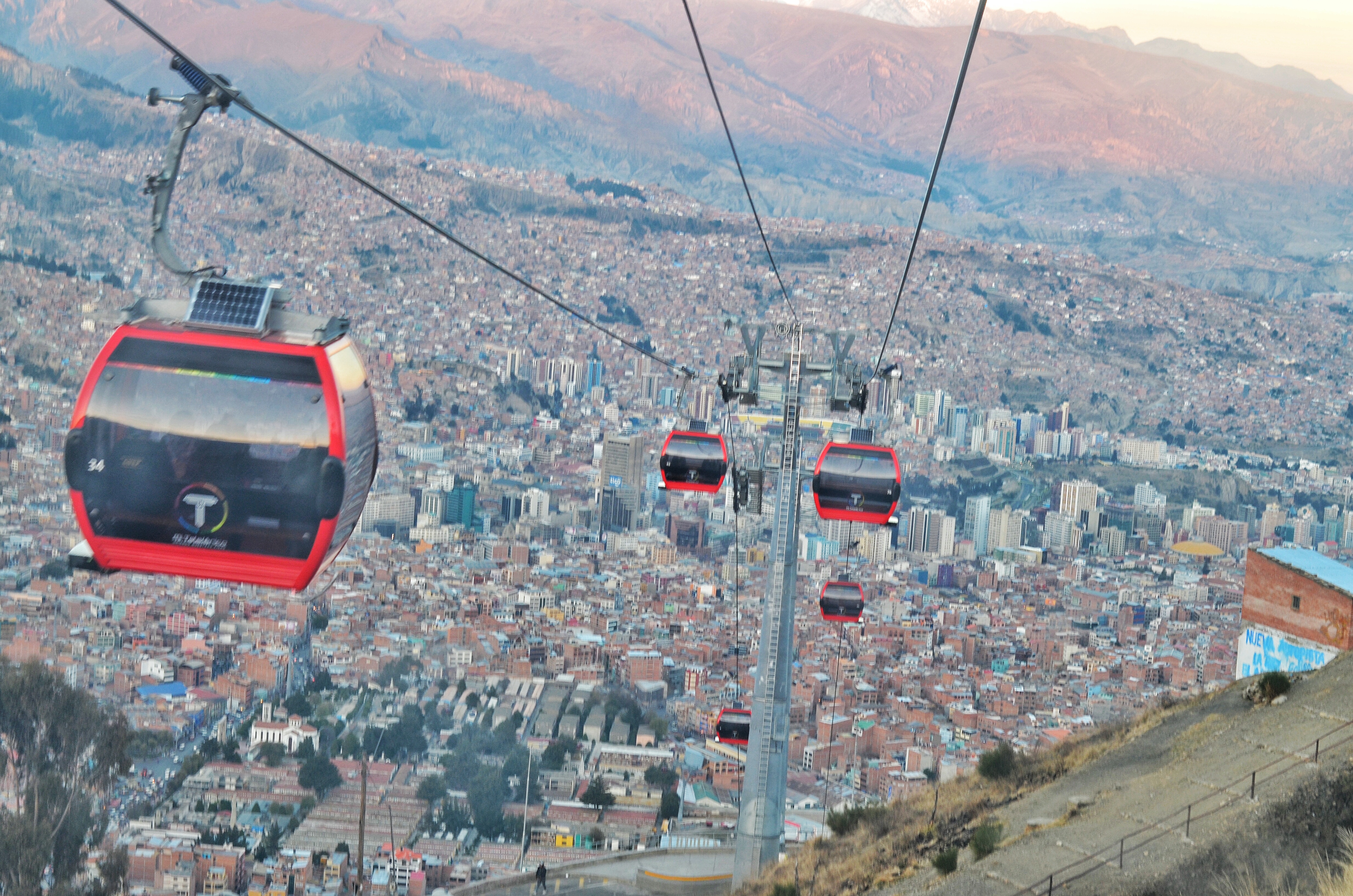 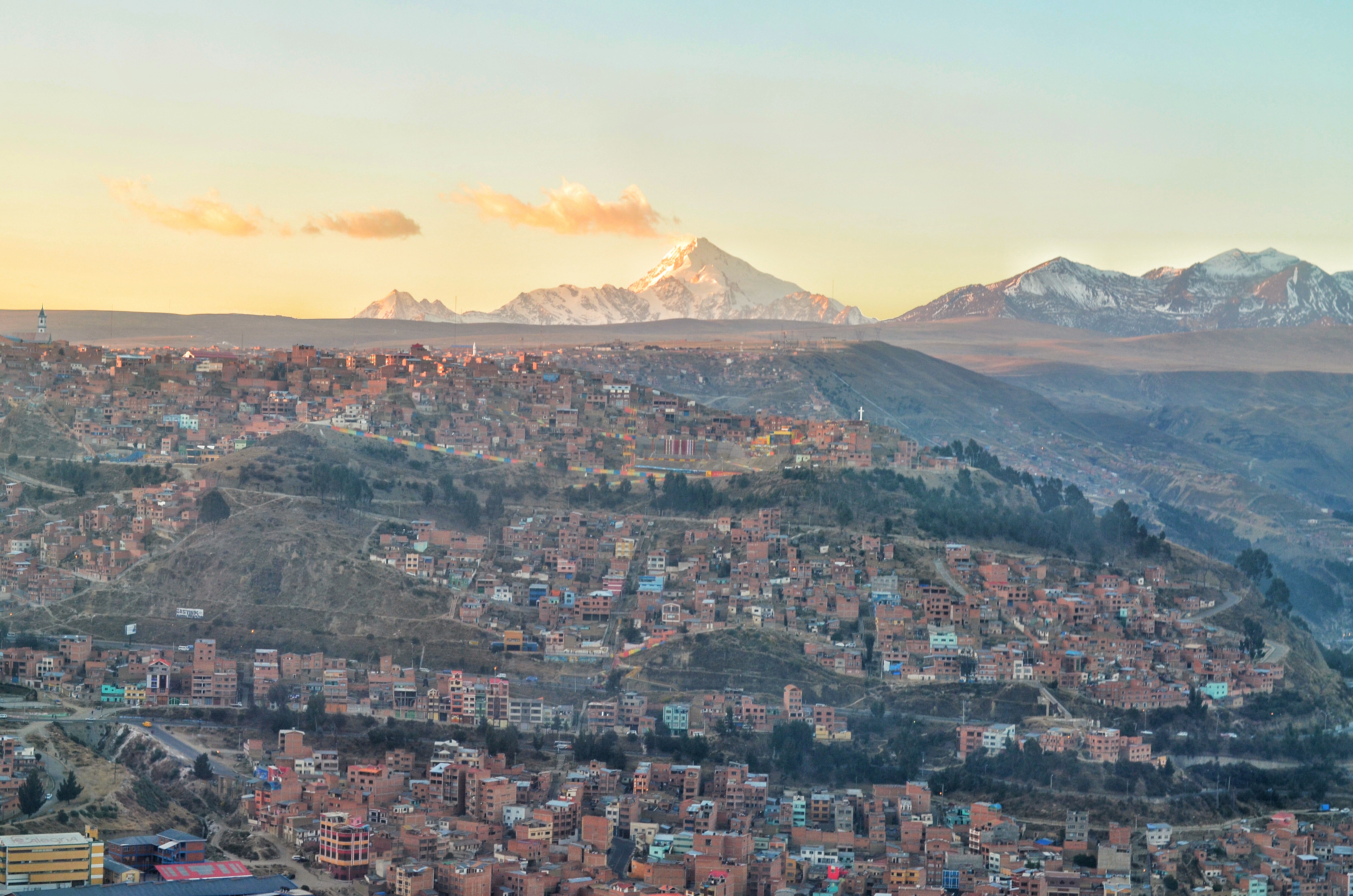 That was all that we had time for in La Paz beccause after a good nights rest we hopped in a taxi to the airport (our speeding driver bribed his way out of a ticket on the way) and flew over the border into the Peruvian andes to Cusco. Our taxi from the airport in Cusco took us through the edges of the city (which was larger than expected), up a street with locals selling their food from cloths stretched out on the pavement and into the centre of Cusco where the style of the buildings changed to the colonial architecture of the Spanish. With food on our mind again we headed off into the streets in our leftover clothes (everything else was being washed) and found Jacks bar (after strolling around in a few churches and the bishops house) which does some deeelicious food. This fueled further wandering through the narrow streets, peeking into markets selling all sorts of trinkets and the odd museum or church along the way. By the time we forced ourselves to finally leave the beautiful fabric shops it was late evening so we picked up some fruit for a quick dinner in the hostel. 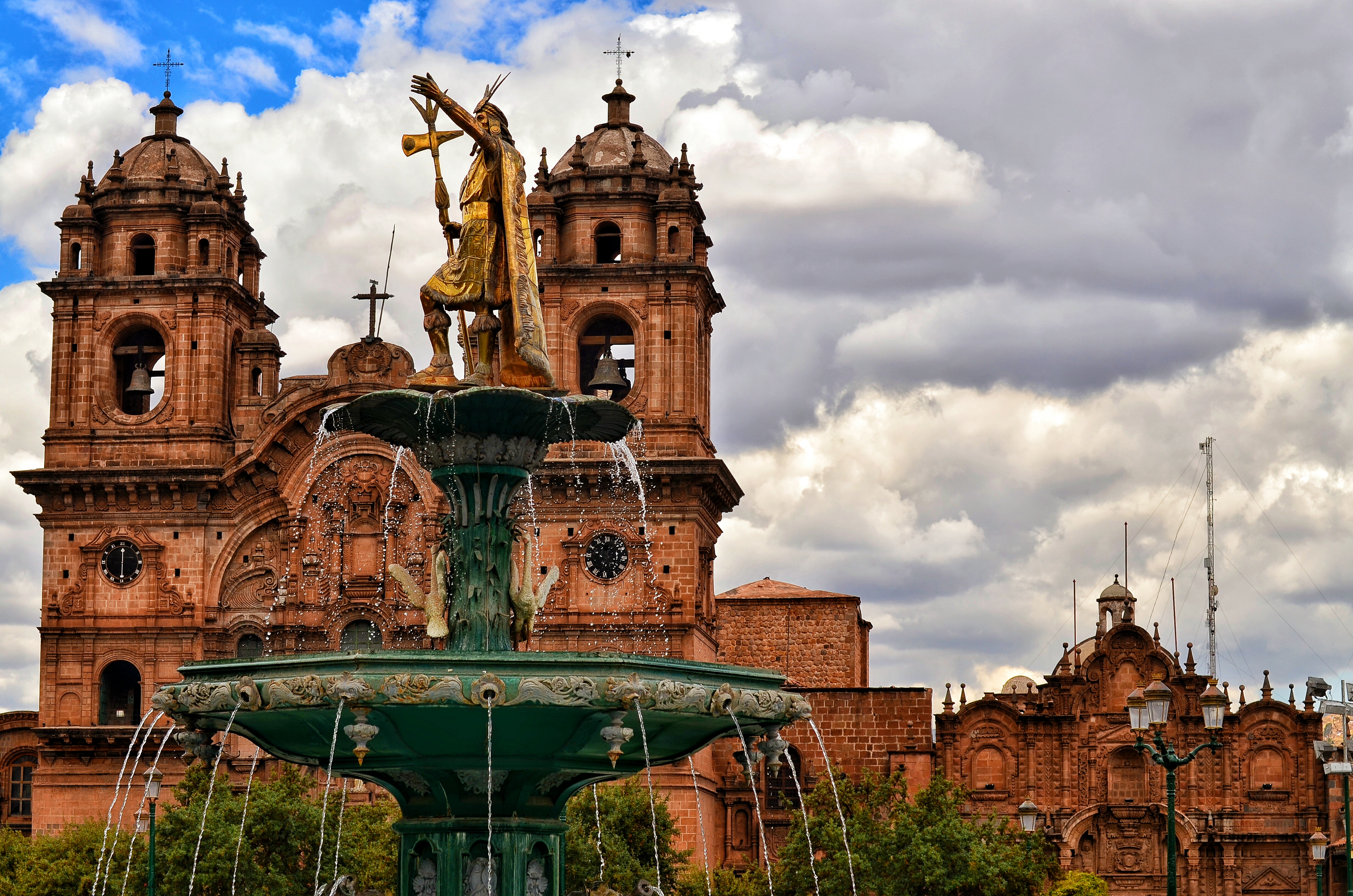 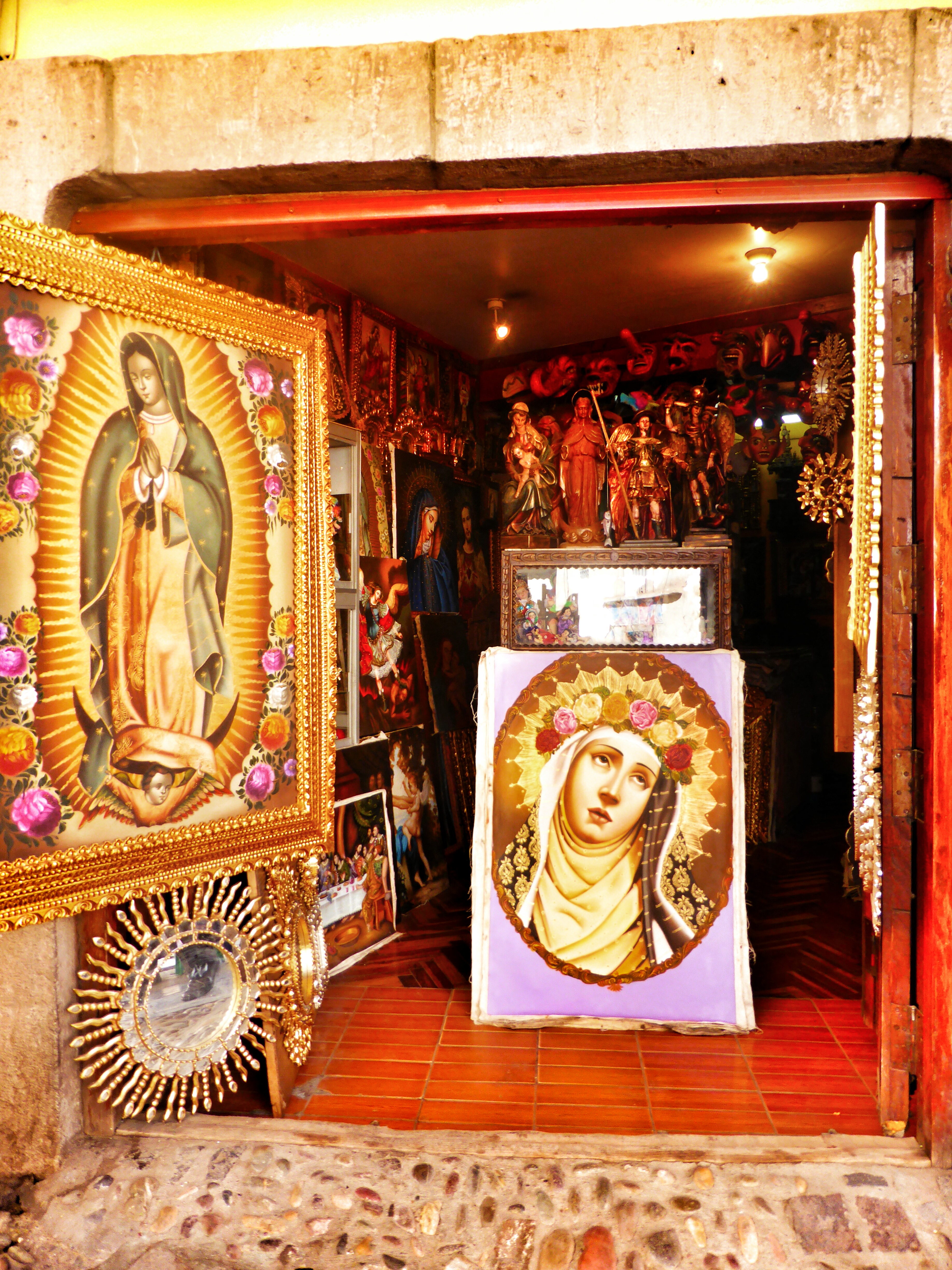 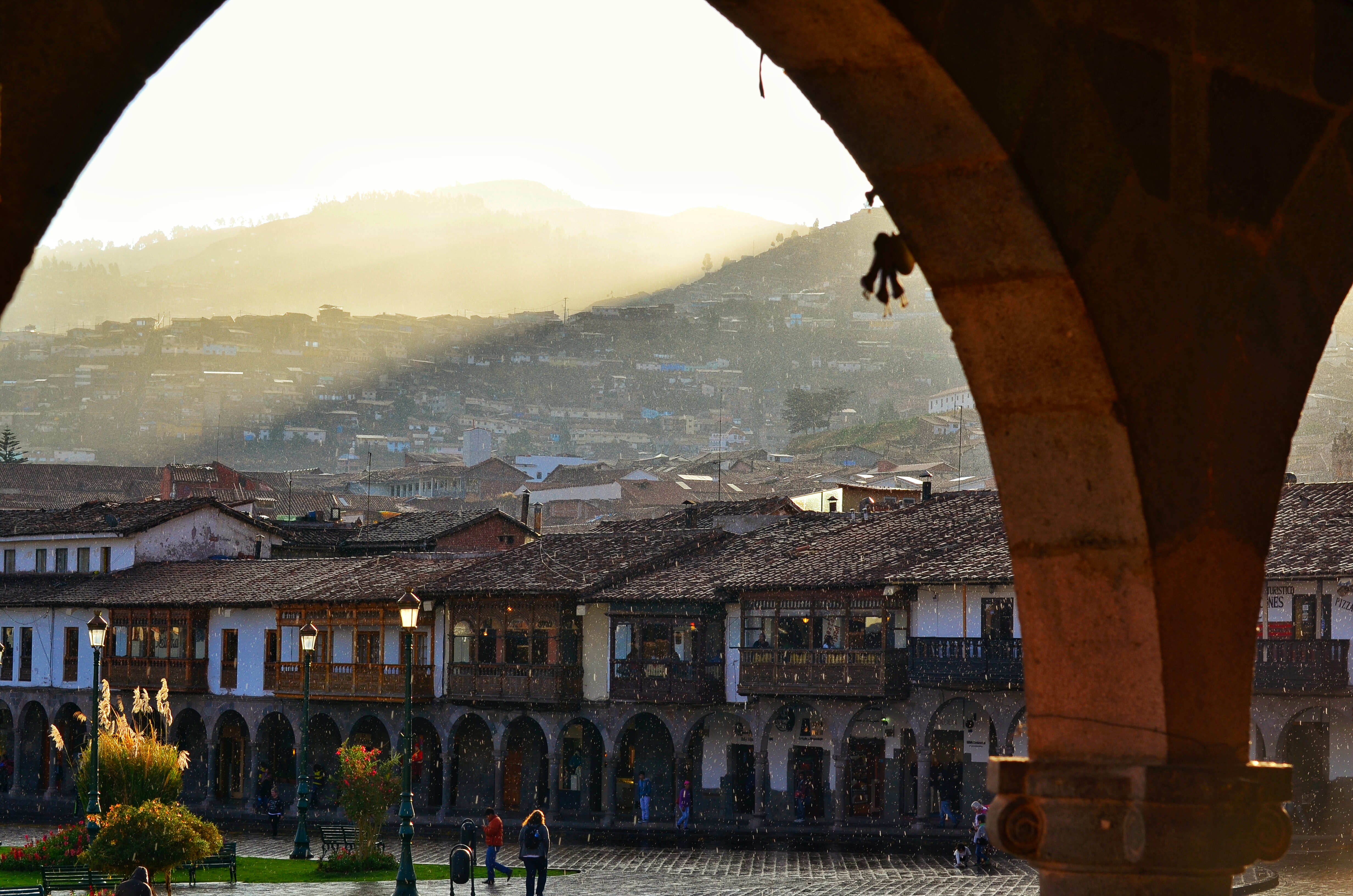 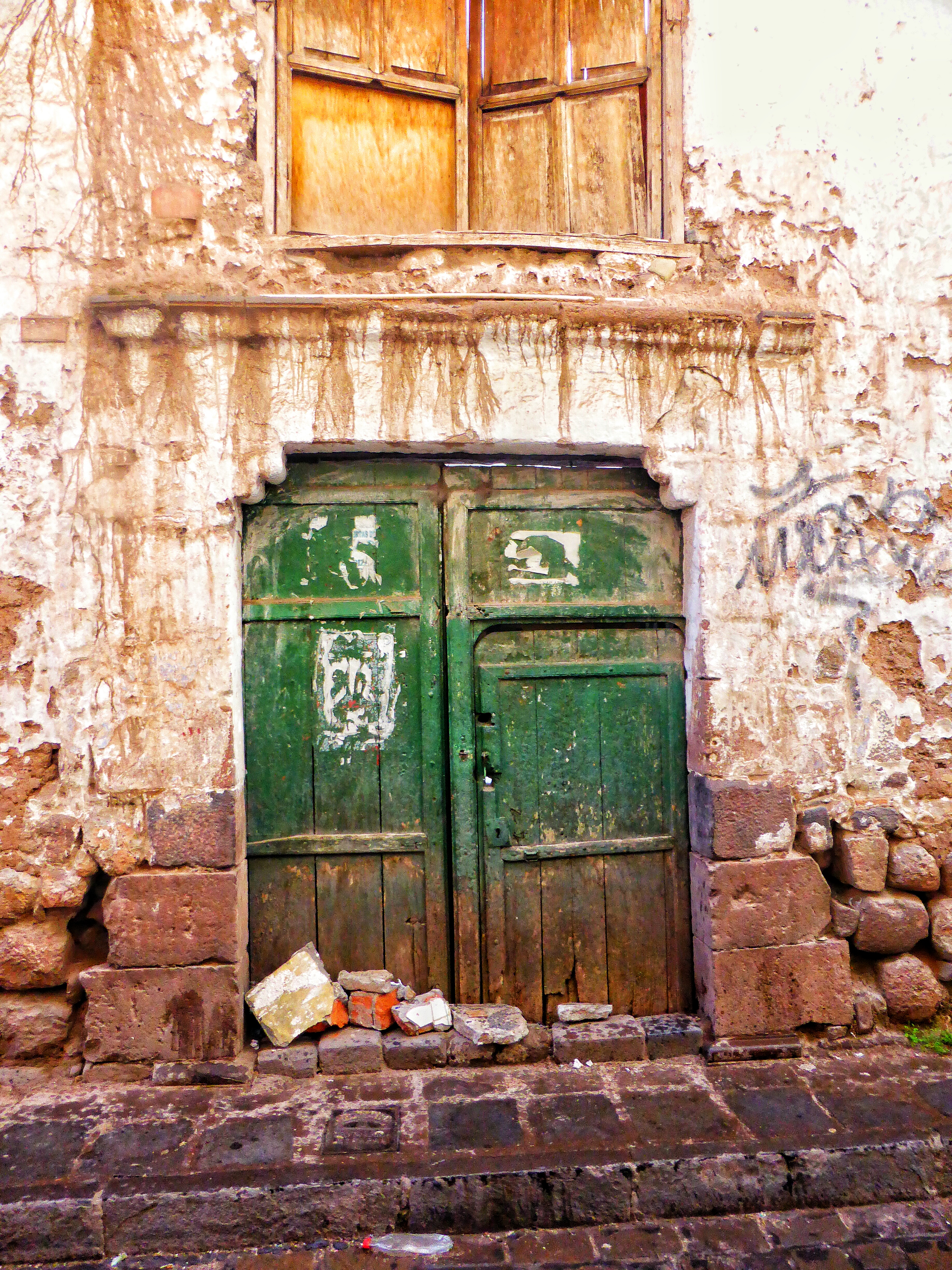 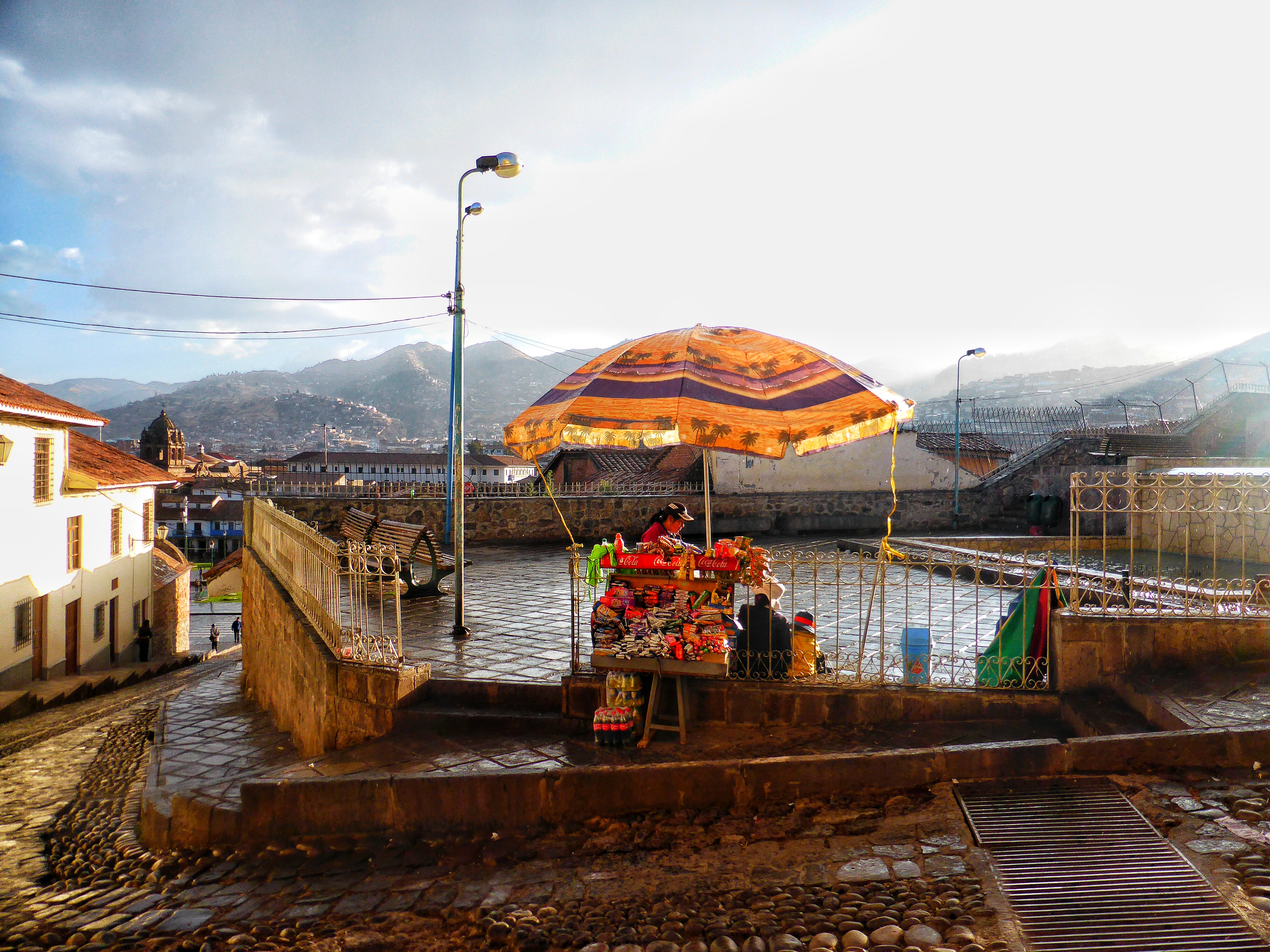 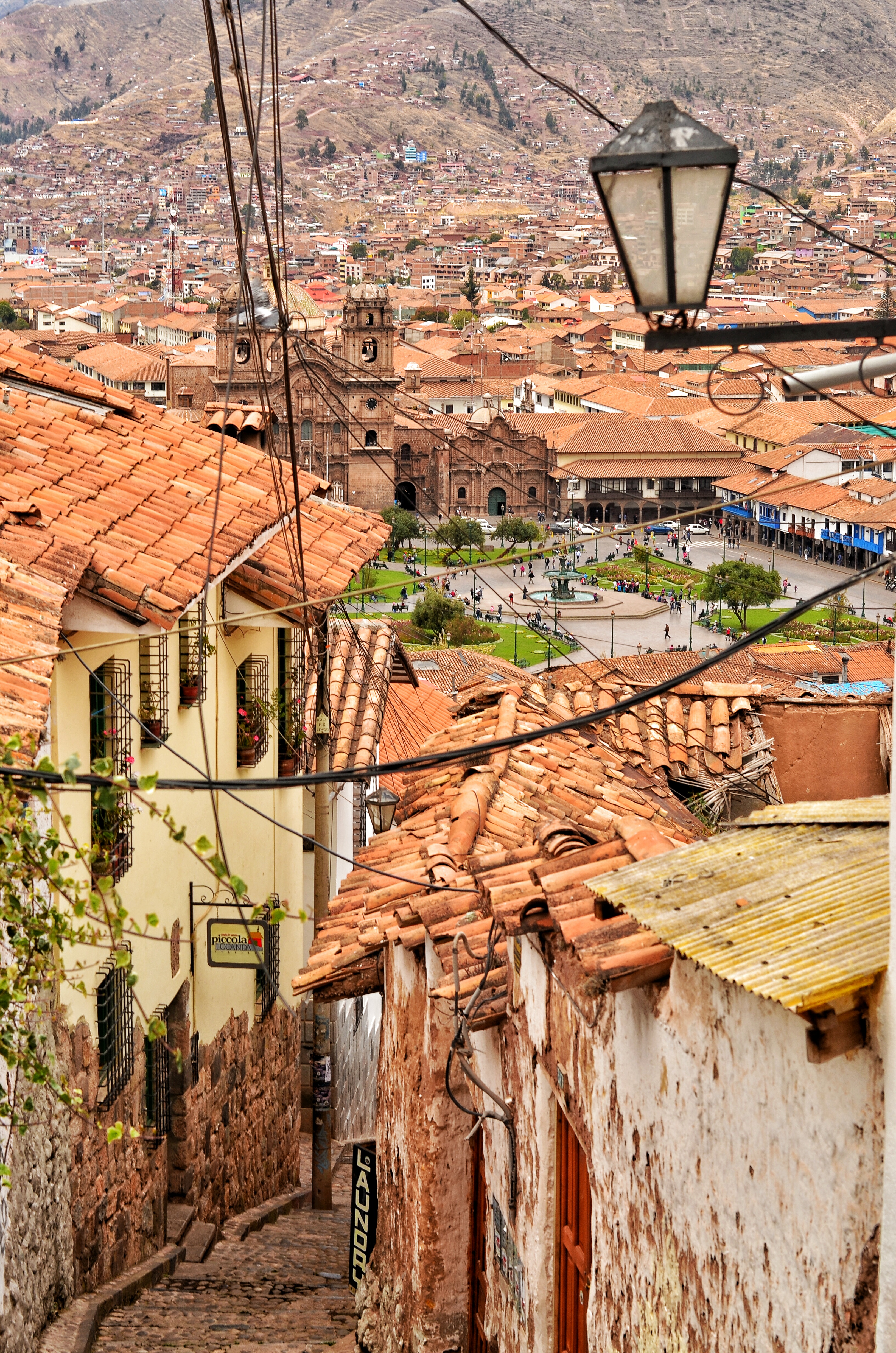 The next day in Cusco began with a church visit and continued with a little adventure, climbing through building sites and crawling up dusty slopes to get to the white statue of Jesus overlooking Cusco. It was worth the view, although a pretty steep climb and you can look over the back of some other Inca ruins on the hillside just behind it. Zig-zagging down the more official path back to the city I waited by the fountain in the main square for my friend and met some super happy and chatty kids who I gave some impromptu English lessons to in exchange for a little of their packed lunch bread. By the time I had to leave we tried to squash together for a photo – but note to self, next time make sure the kid who takes the picture actually takes it, so I left with happy memories but no actual photo. Lunch was in an average restaurant in the next square, coffee was in a forgettable place a street on (the hot chocolate didn’t live up to our expectations), dinner was some more fruit and that set us up for an early night to rest for the beginning of our Inca trek experience the next morning. 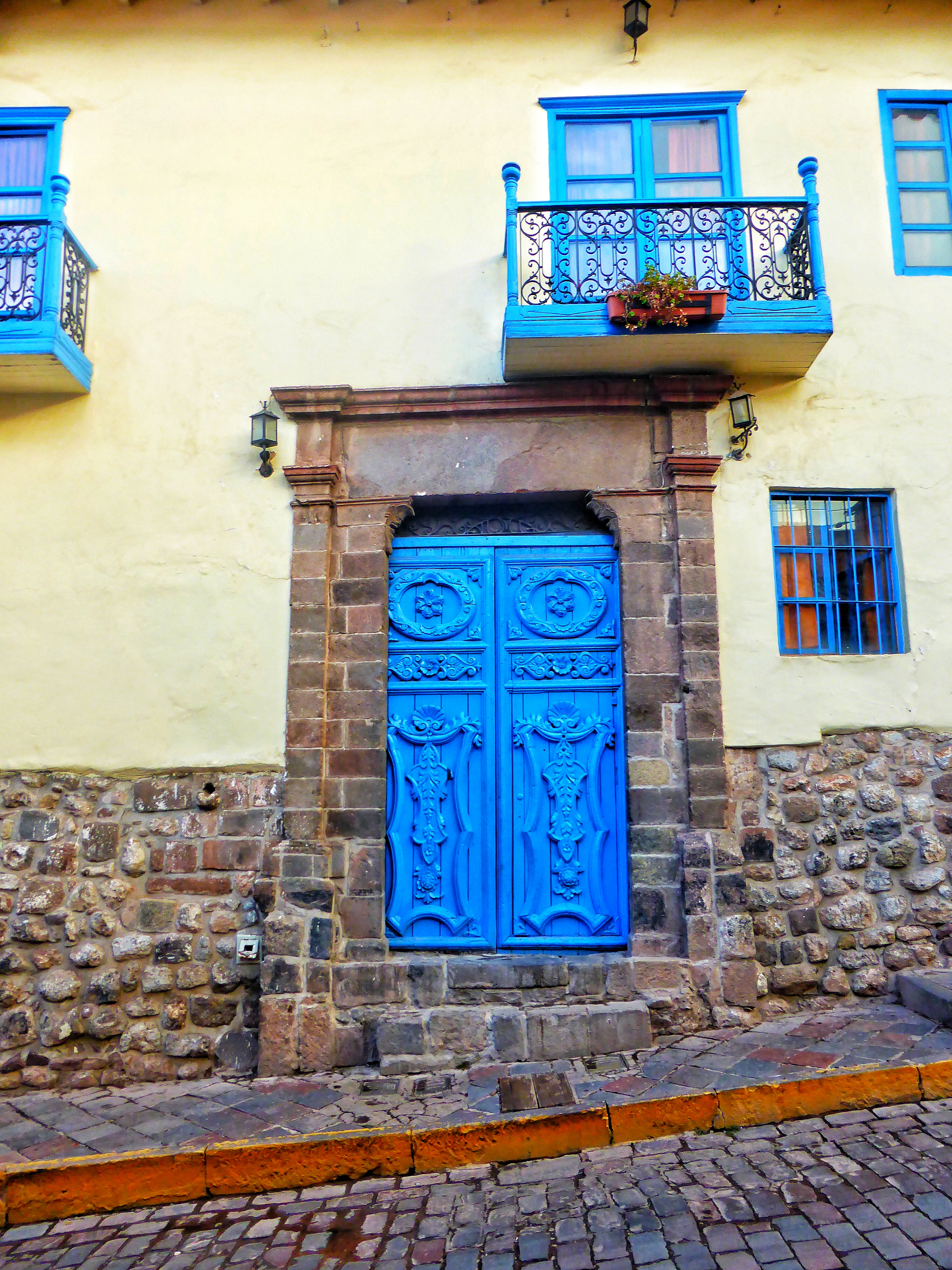 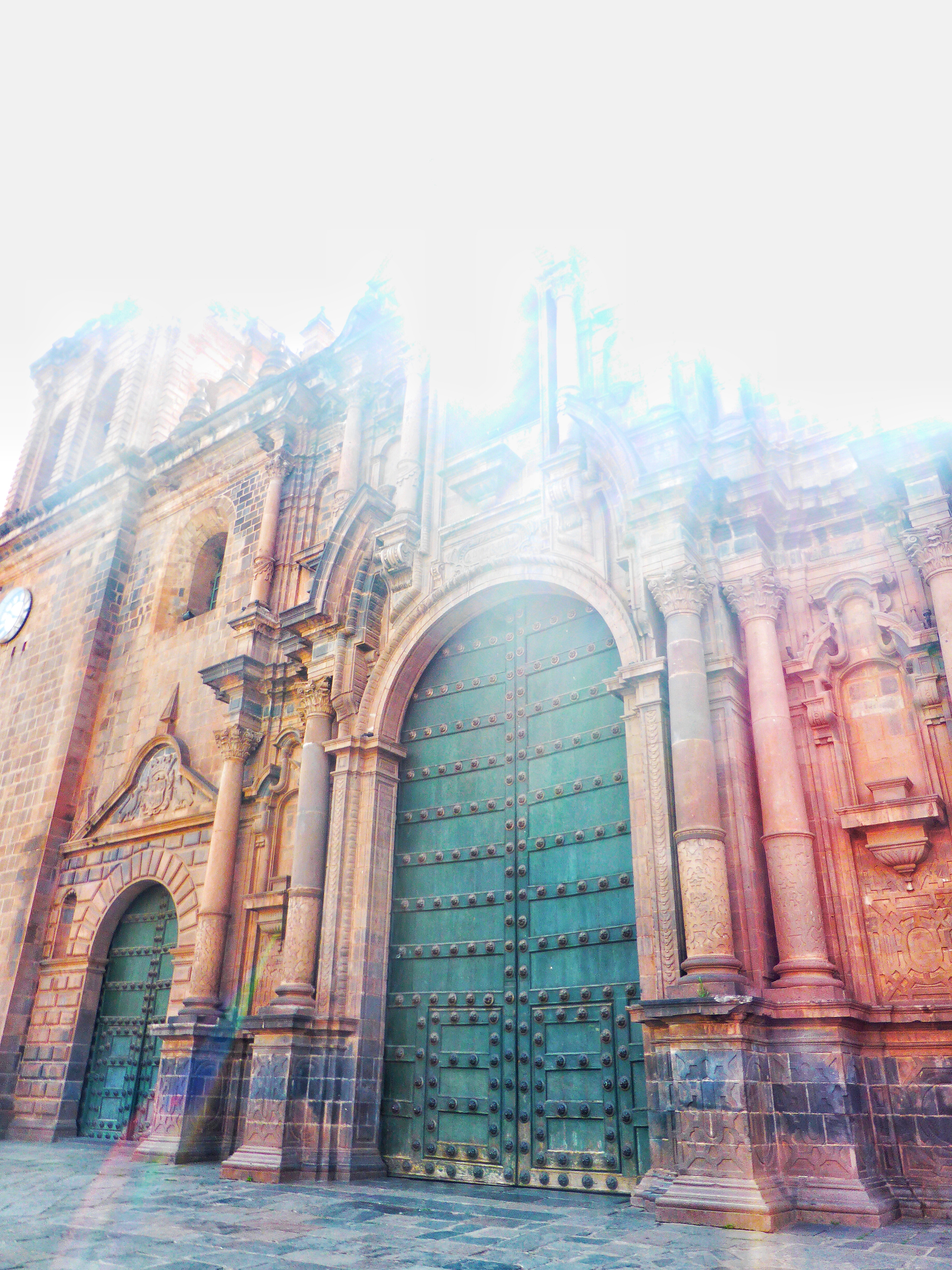 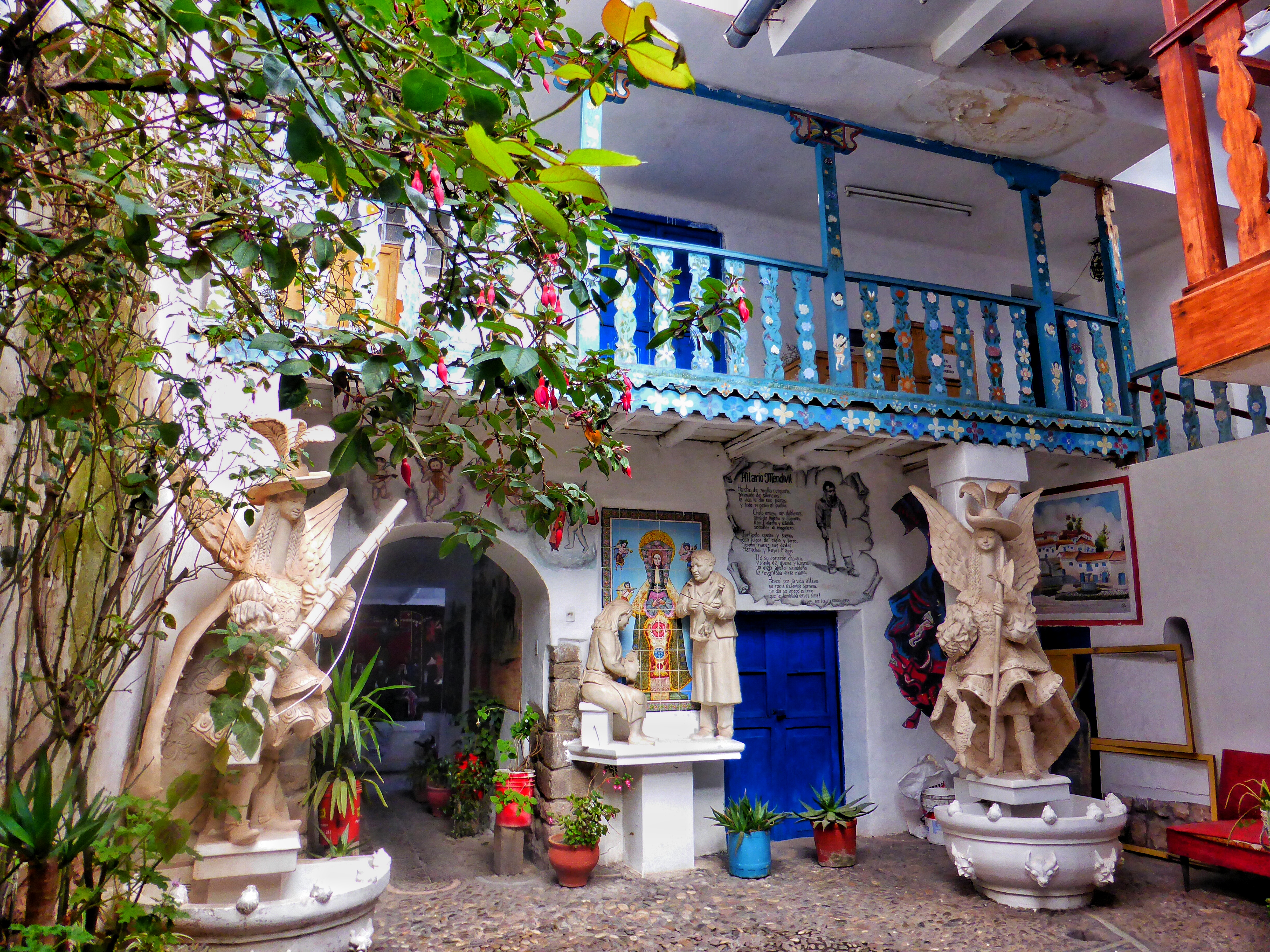 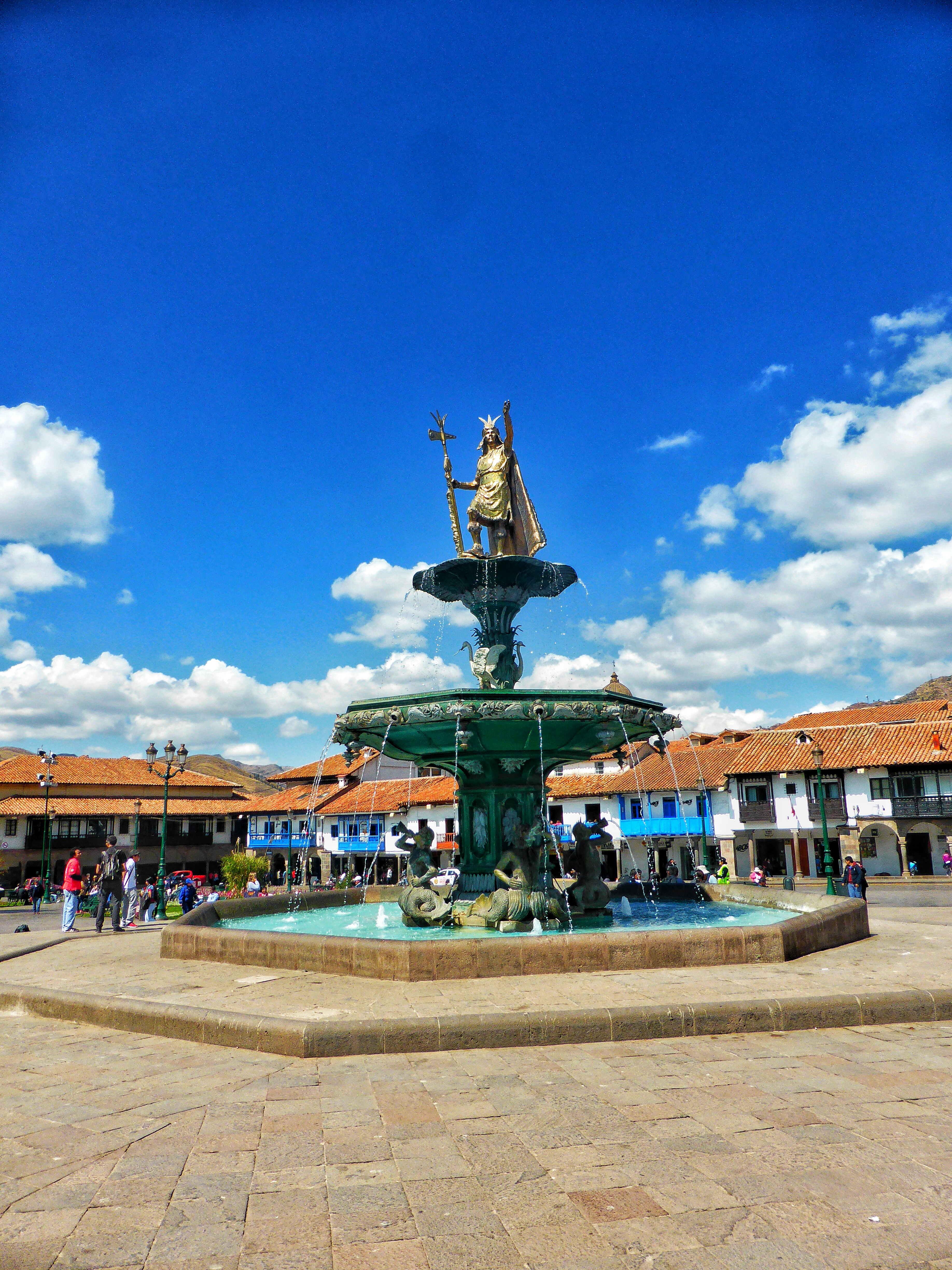 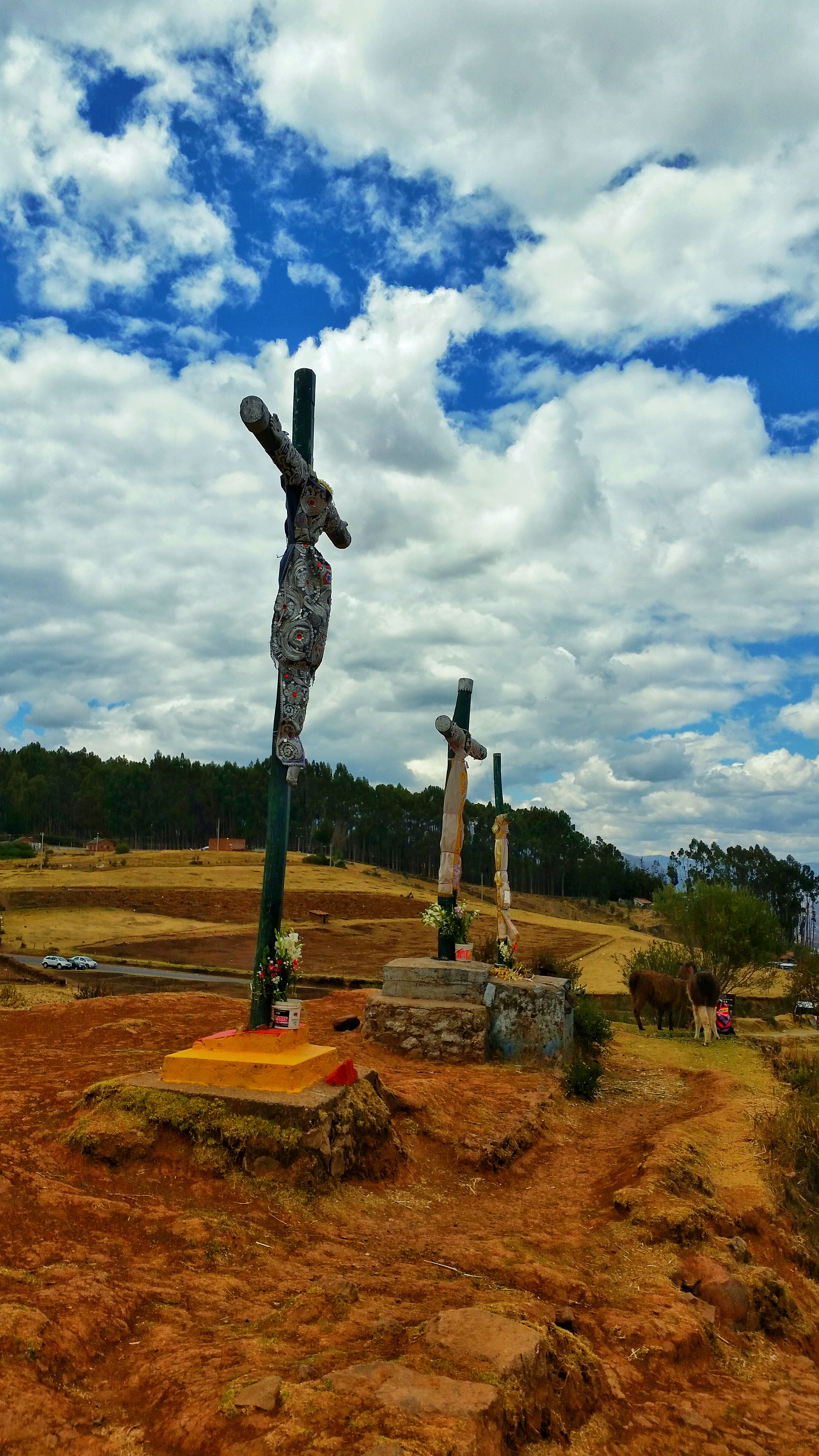 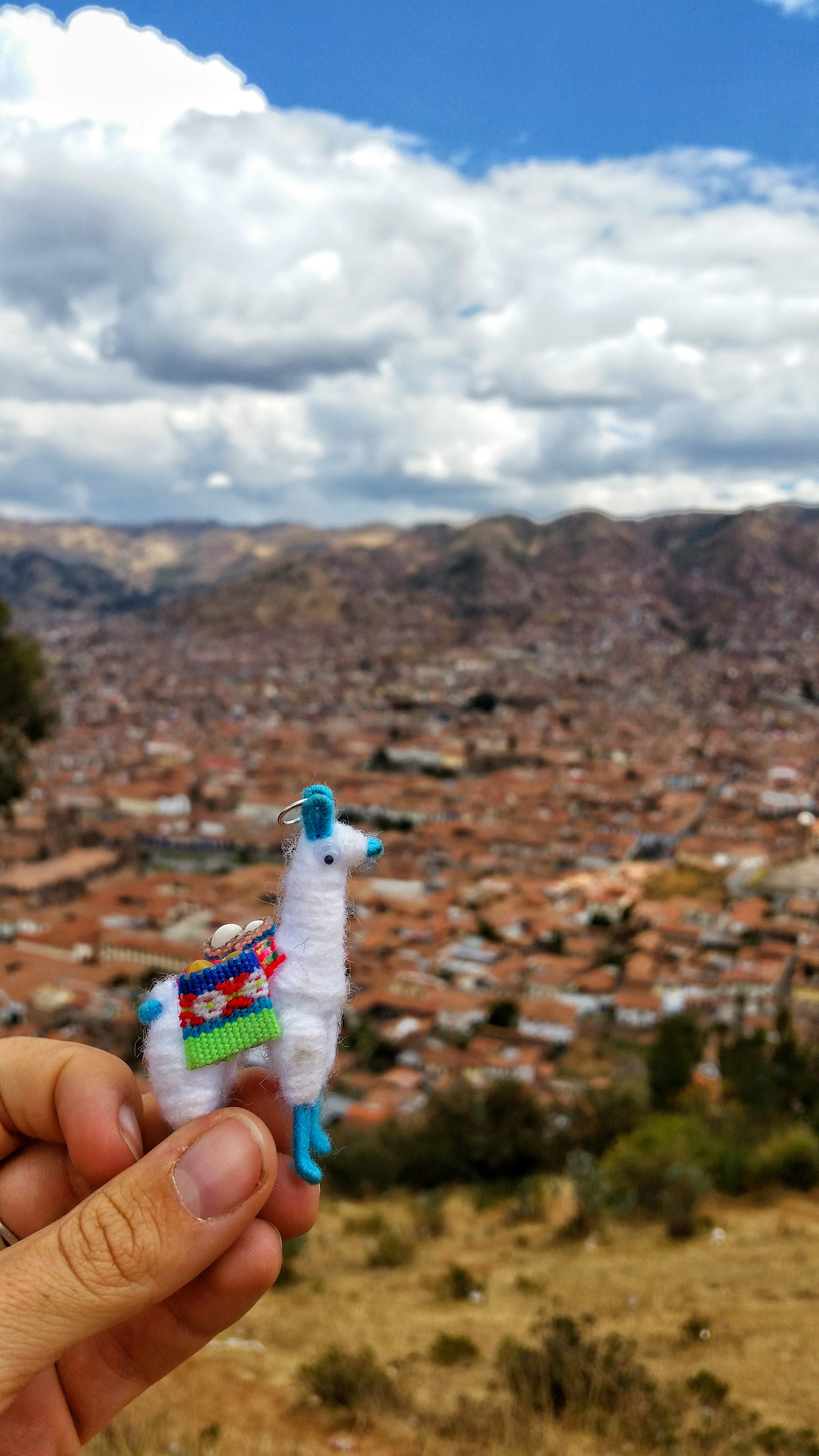 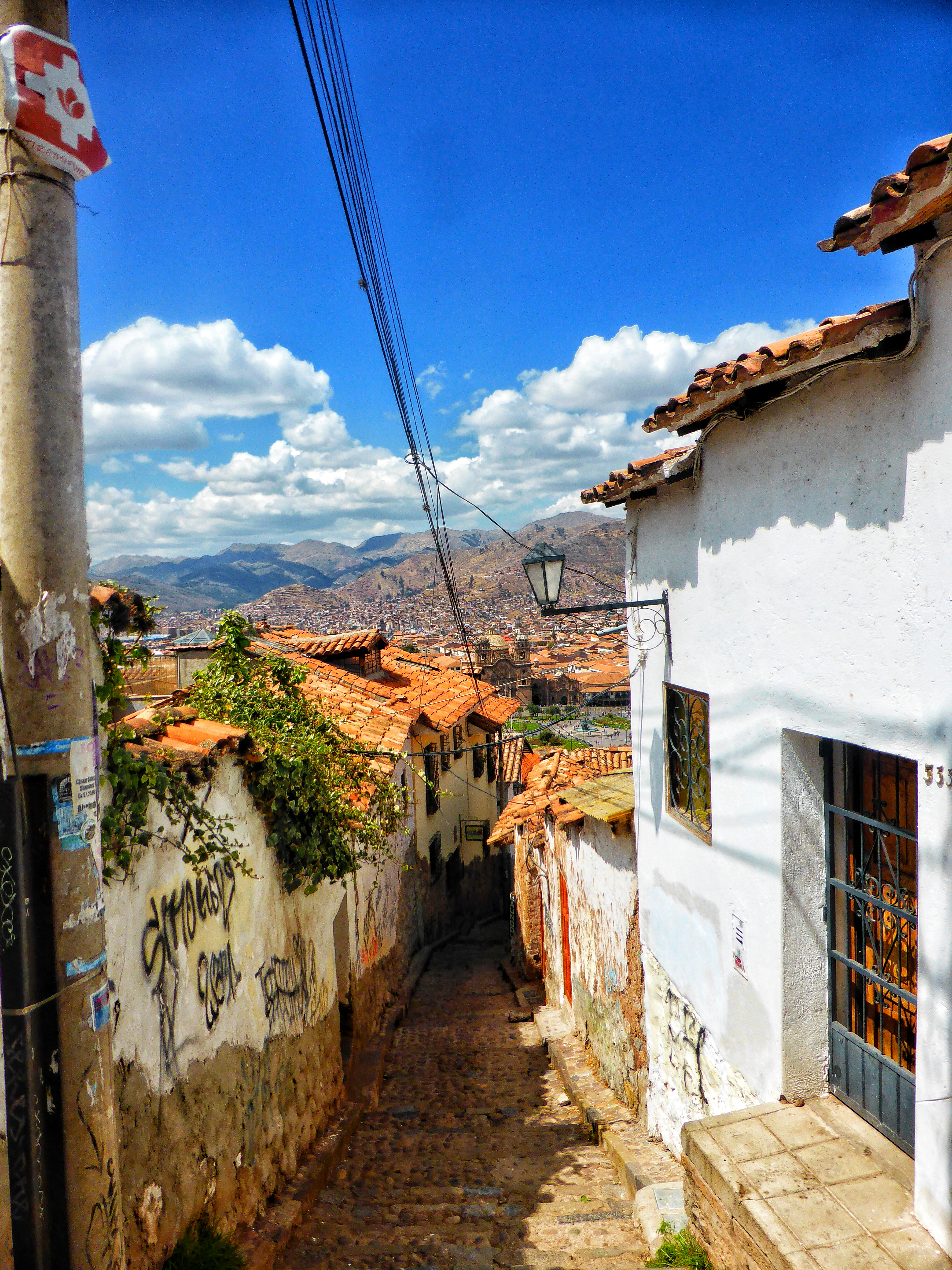 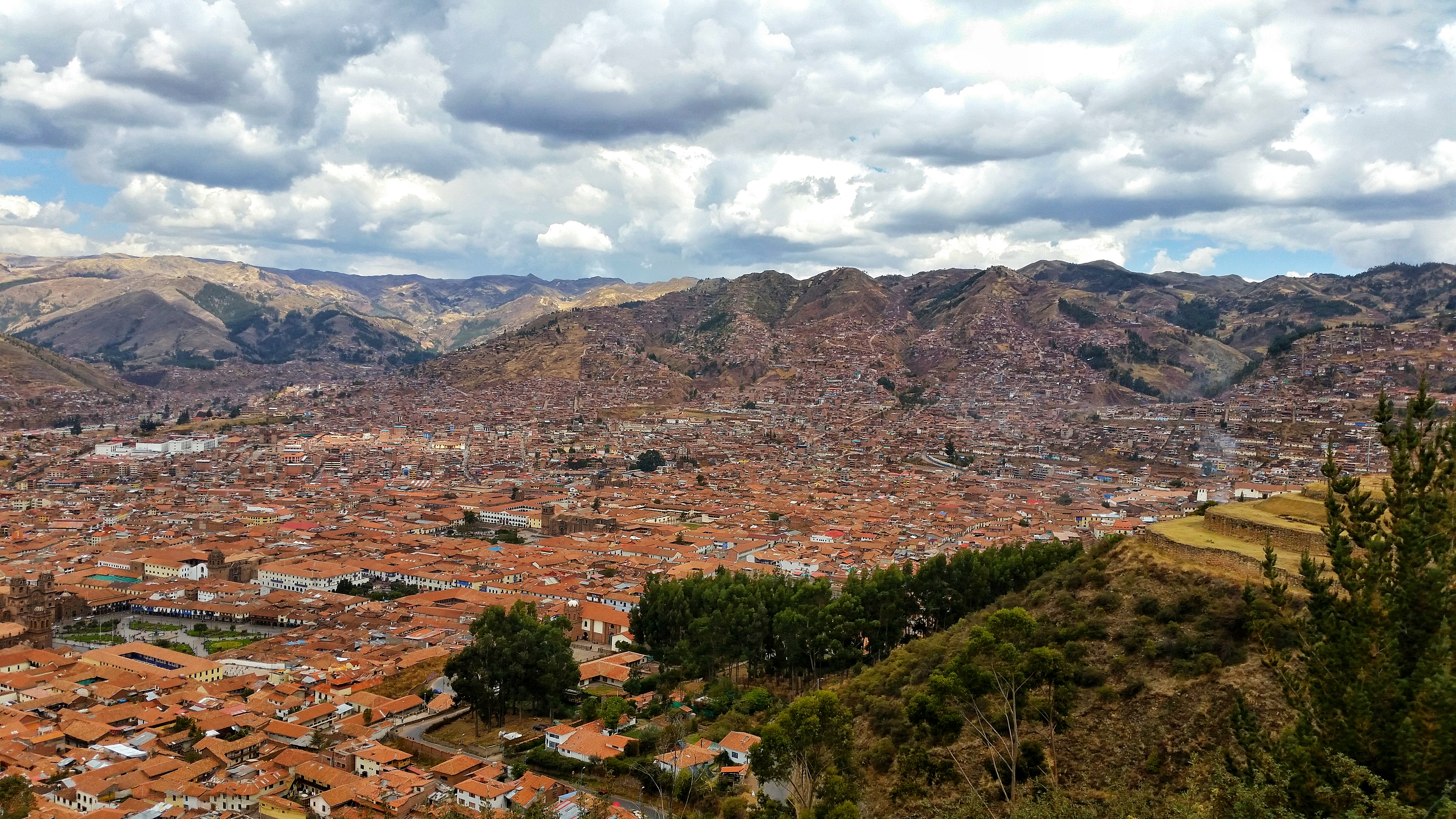 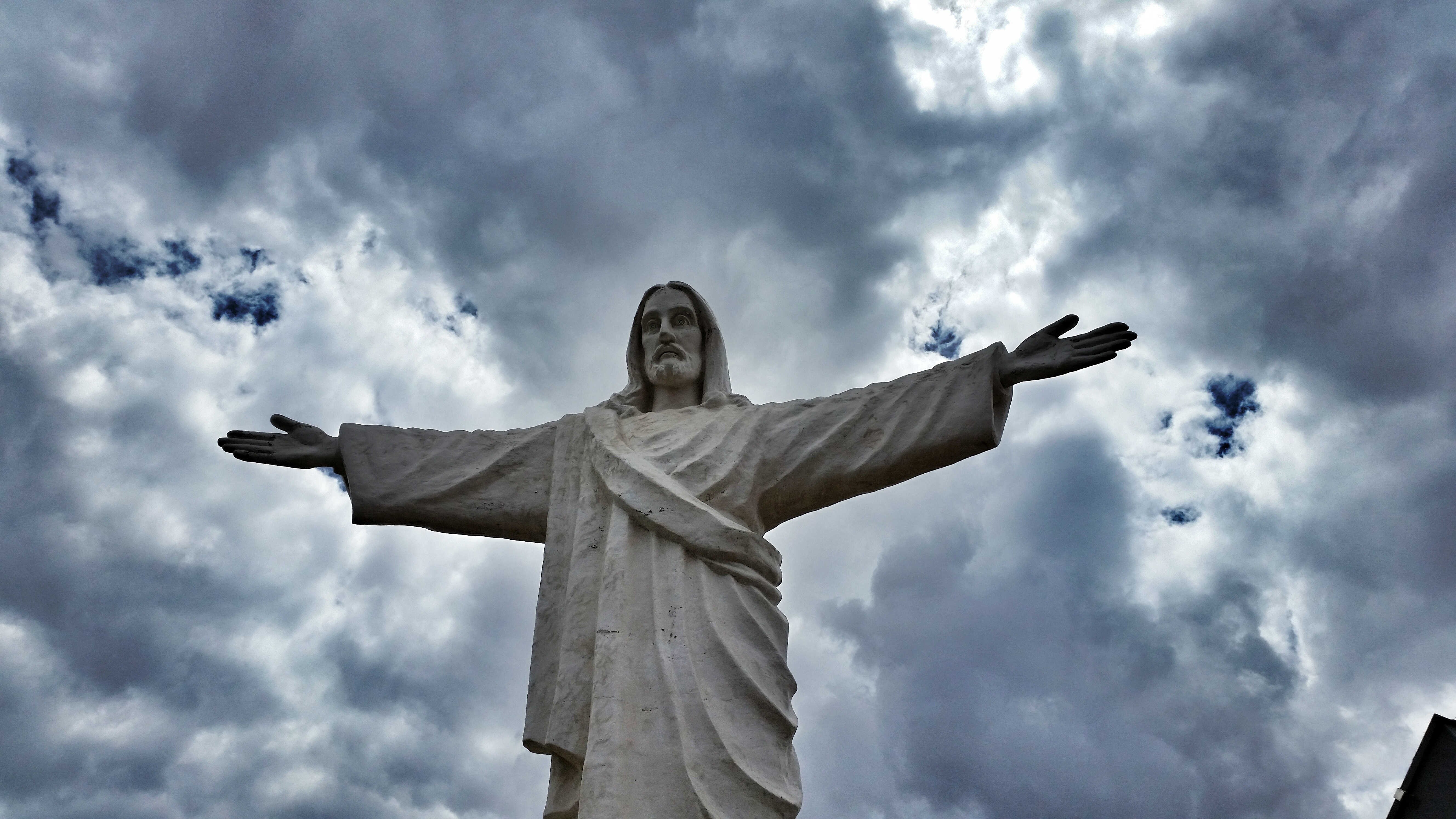 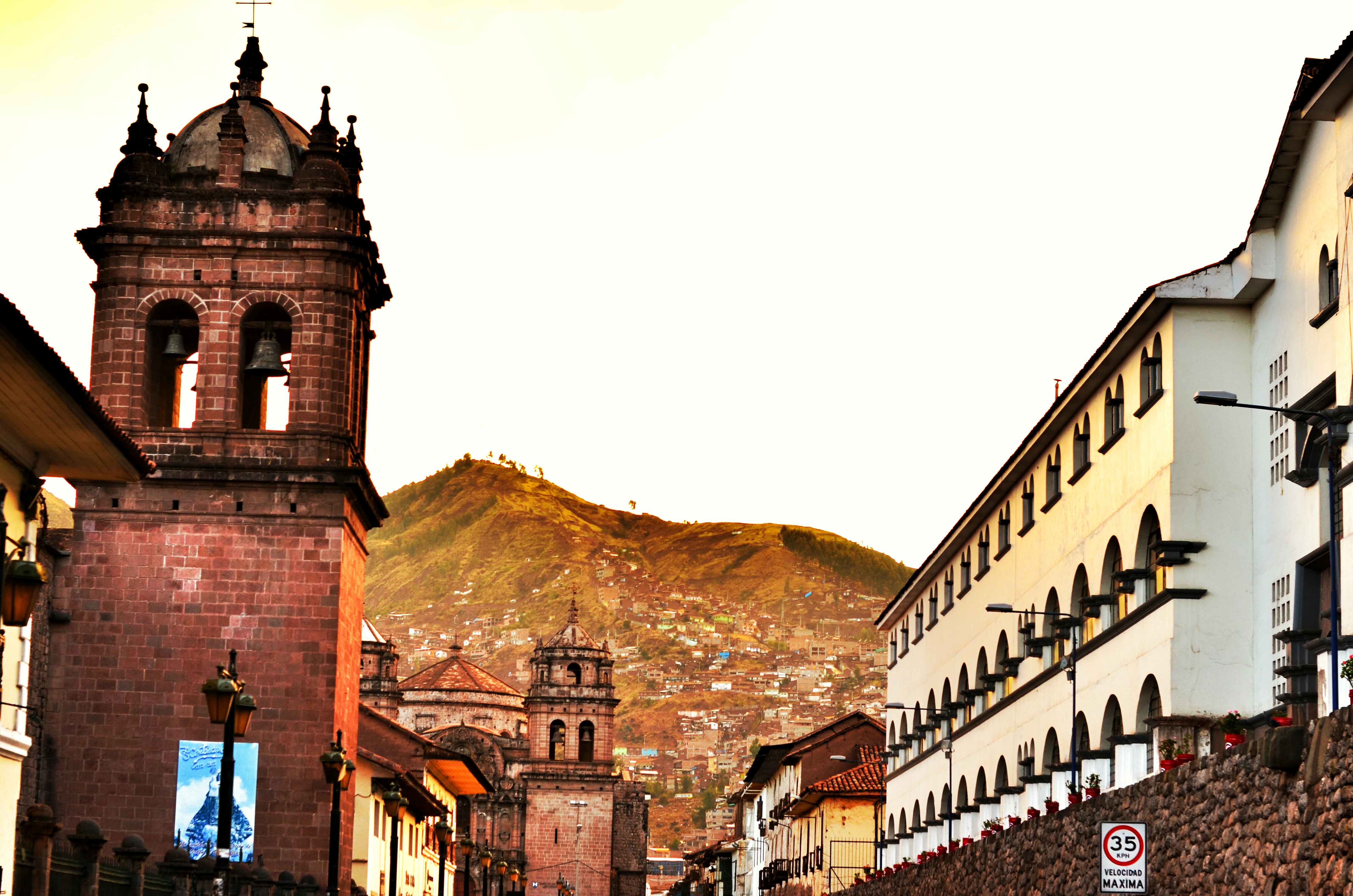