yup, in case you haven’t guessed from the photos clogging up my instagram feed I decided to take a quick trip to Amsterdam over the long weekend to visit a friend who is studying there. Cue a look online to check what is the cheapest way to get there and four days later I was sitting on a bus just after midnight in Frankfurt (thanks Eurolines!). A quick snooze later I strolled out of Amstel station to the most spectacular sun rising in a pink haze over a stand of twisted trees. I arrived in the centre of the city when it was quiet and took a (3 hour) stroll through the different neighbourhoods ticking off the major sites along the way. I guess walking all the time on the Camino didn’t rid me of my wanderlust! A quick, slightly rubbish boat tour later (they just really pointed out the shapes of the buildings) I was firmly perched on a wooden bench soaking in the sunshine beside a canal devouring a lengthy and delicious brunch. 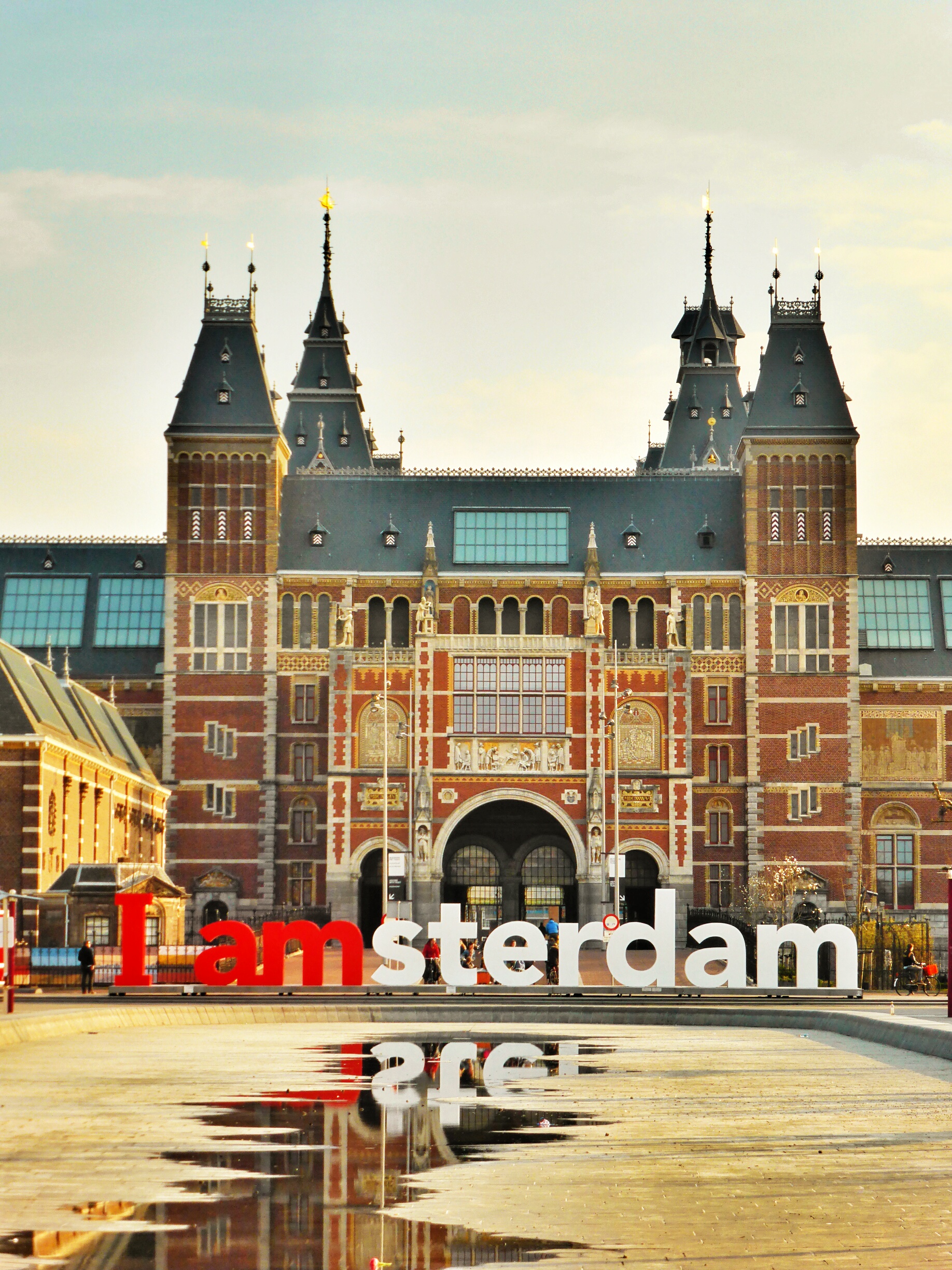 I can’t really recommend much to do as all I did was walk everywhere and relax over lunch without a map, but the city itself is just beautiful. Towards the afternoon I decided to avoid the jam-packed main streets, if only to try escape from the masses of tourists zig-zagging from one h&m store to the next and the thousands of bicycles whizzing around from every angle. 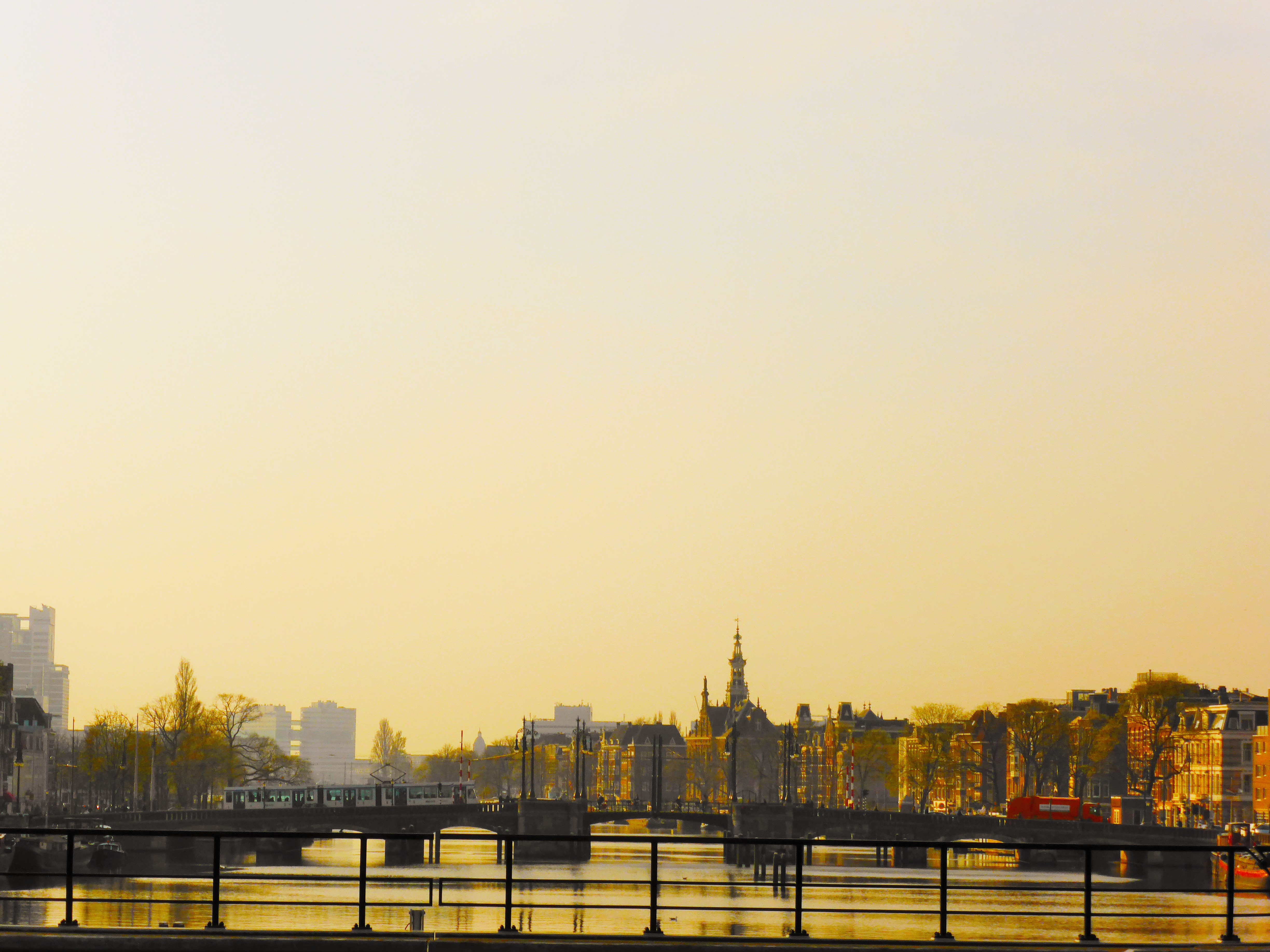 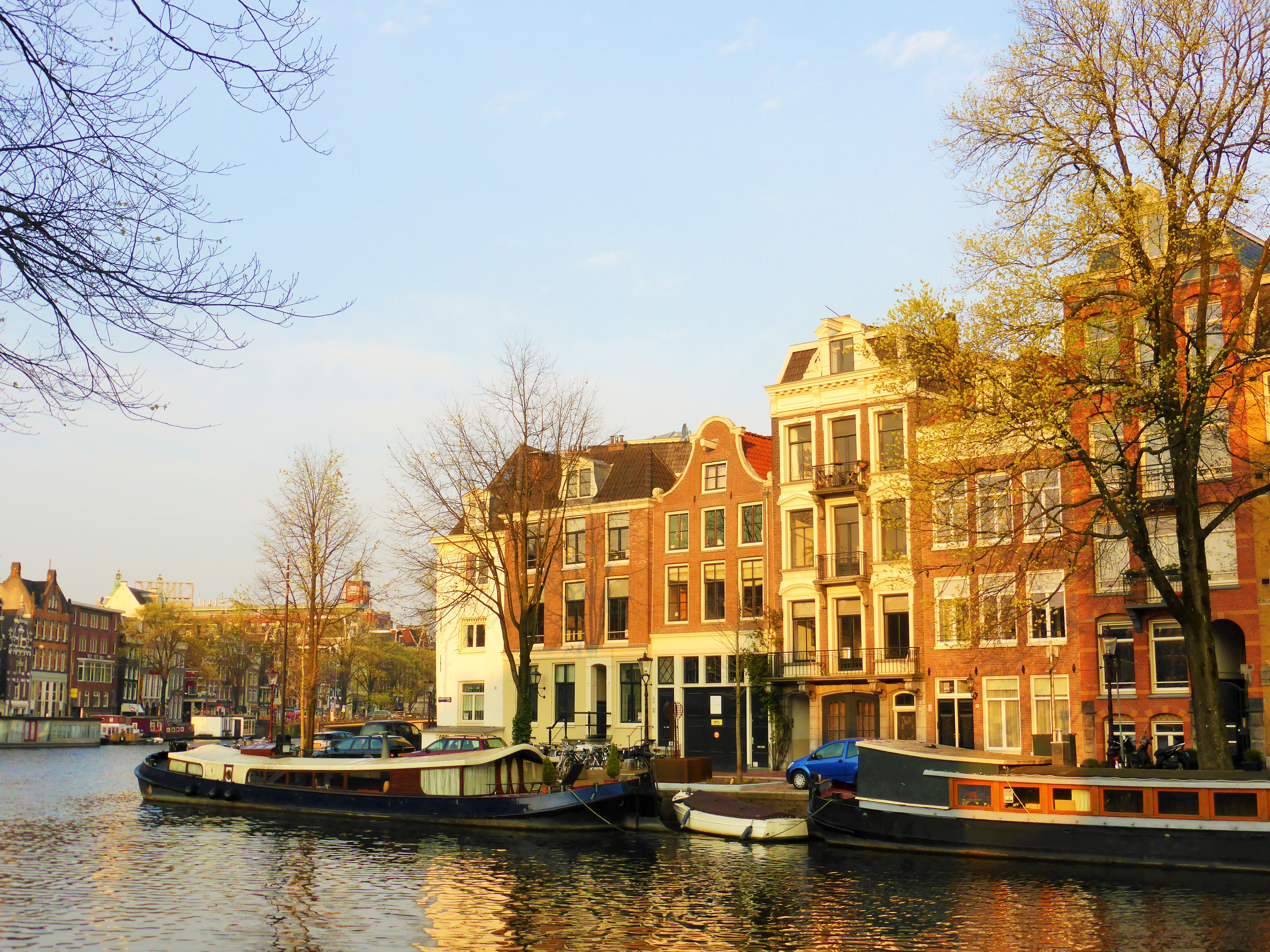 I found the serenity and peace I was looking for outside of Amsterdam in Leiden where my friend in studying. Old towering windmills, intertwined canals, mazes of waterside cafes and bars, small puttering boats and beautiful brick houses with large windows overlooking a lazy stretch of canal enveloped in rows upon rows of sunshine yellow daffodils. 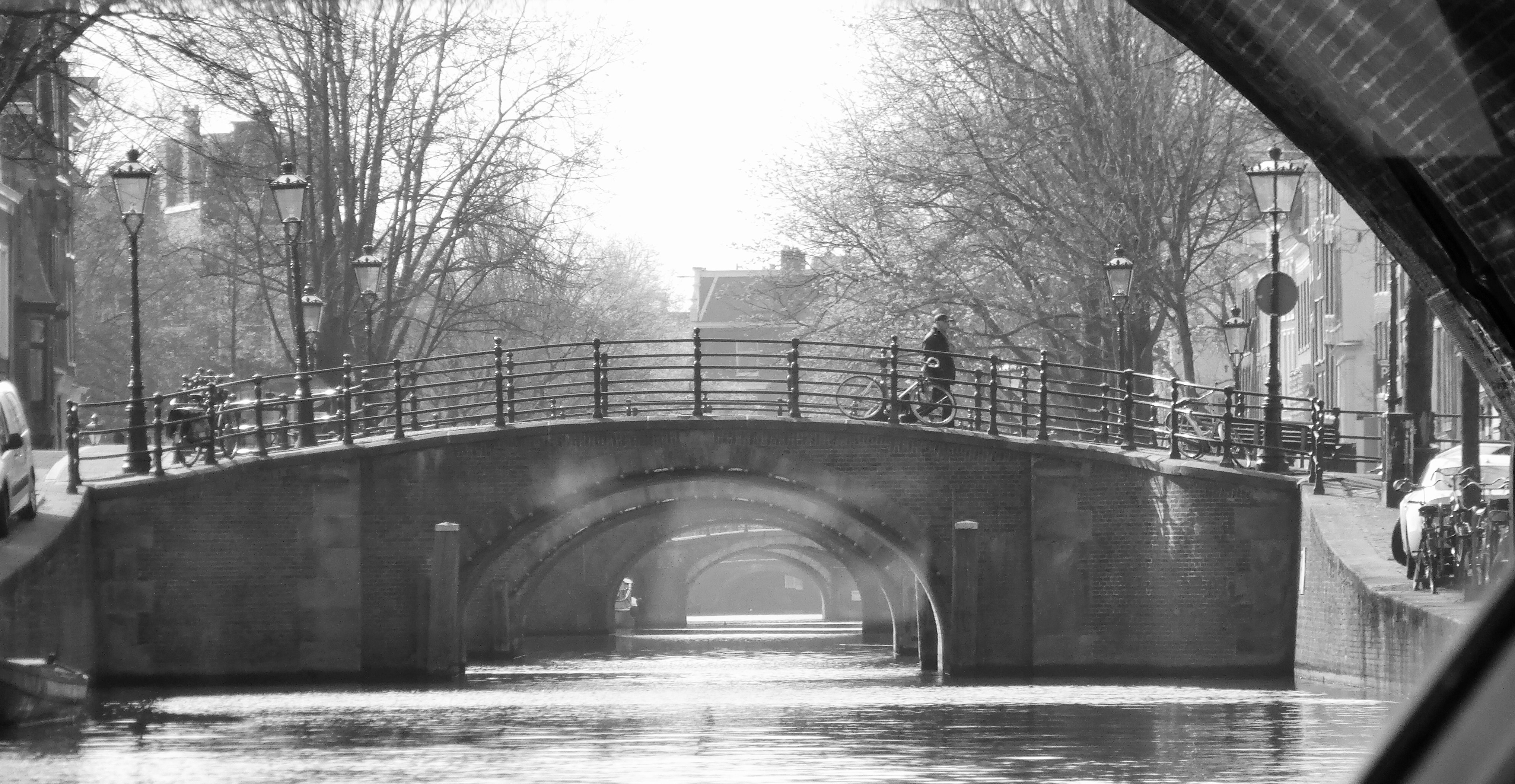 A night out in Amsterdam proved to be excellent, if very expensive with visits to two districts, an incountable number of bars, a to-die-for midnight burger snack and sore feet the next morning from the hours spent dancing. Our heads weren’t doing too well the next day which became a day of rest with a jaunt around Leiden and using the method of drinking more wine and eating greasy fries with kroketten to survive watching the aforementioned friends acrobatic-gymnastics competition. Although I say survived it was actually pretty cool, an interesting mix between dancing, choreography and gymnastic tricks which were made to look effortless.

Another lie-in later I was on my bus back to Giessen when it got stopped by the German police who proceeded to do a passport check and drugs search on a group from the bus. Much better than any tv show I’ve watched  and they let the bus go just in time for me to catch the last train and roll into bed before one o’clock. This was one weekend trip that left a huge smile and my face and countless memories in my heart. Too bad I can’t remember the names of any places that should be visited, but I can recommend just wandering around following the canal bus routes, stopping by the canal after the flower market for a coffee and enjoying a drink or two in the bars around Leidseplein!