The birthday weekend down to Cork all started with the promise of a beautiful island off the coast with landscaped gardens to rival any botanical garden. And boy, did it deliver. Skipping the mundane three hour drive down to Cork, things got interesting once we left the city limits.

After a lunchtime pitstop in Clonakilty we cut through to Baltimore, stretching our legs in the small village with a harbour, a castle/pirate fortress/museum, and a short walk out to “the Beacon”. 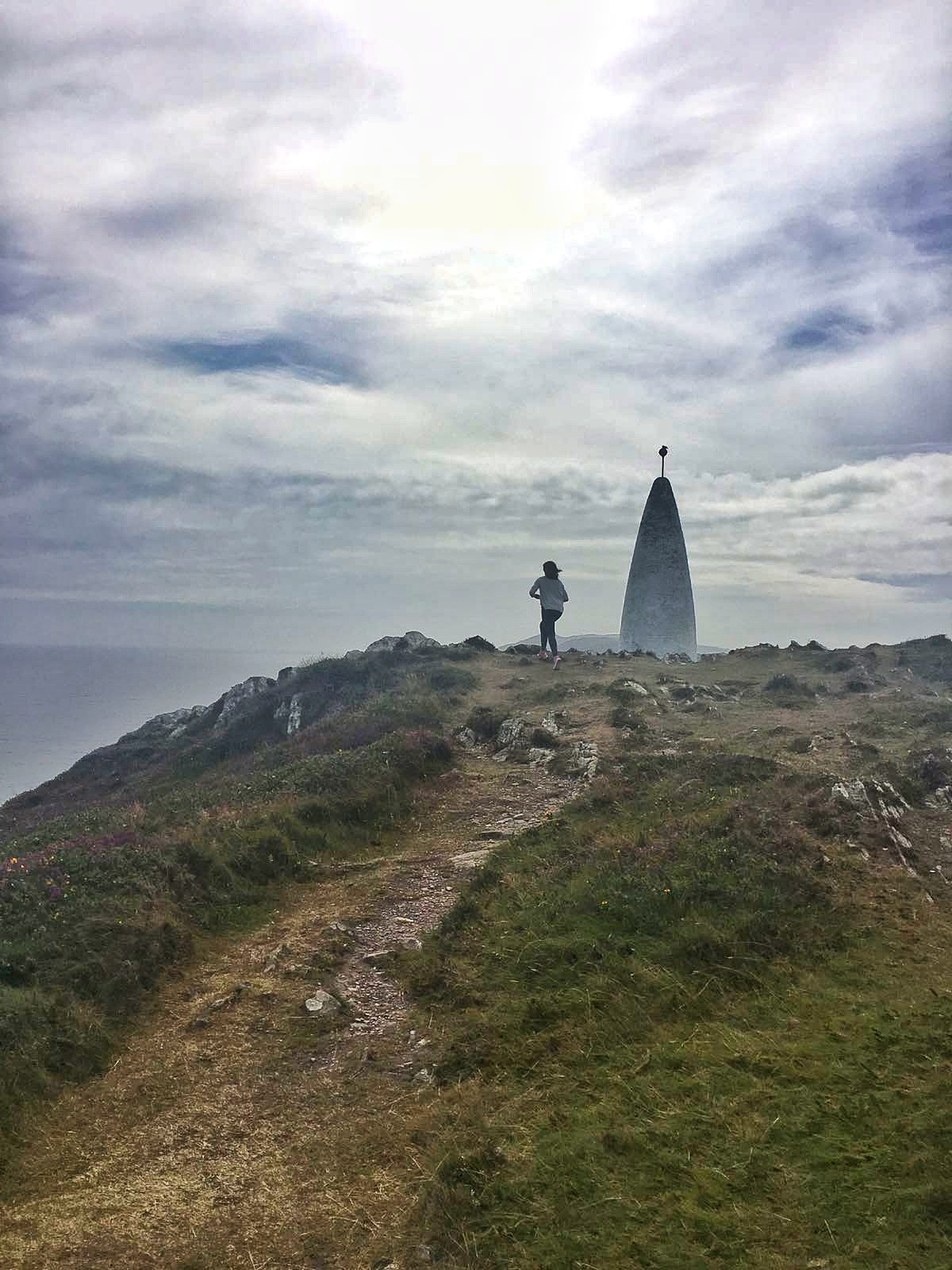 The skies cleared somewhat changing what was probably a quiet village into one jam-packed with locals and tourists alike, so we pottered along the western coastal roads, passing through small villages overlooking the sea, through Bantry, and around to Glengarriff. A teeny tiny village home to Garnish (or was it Garinish?) Island. 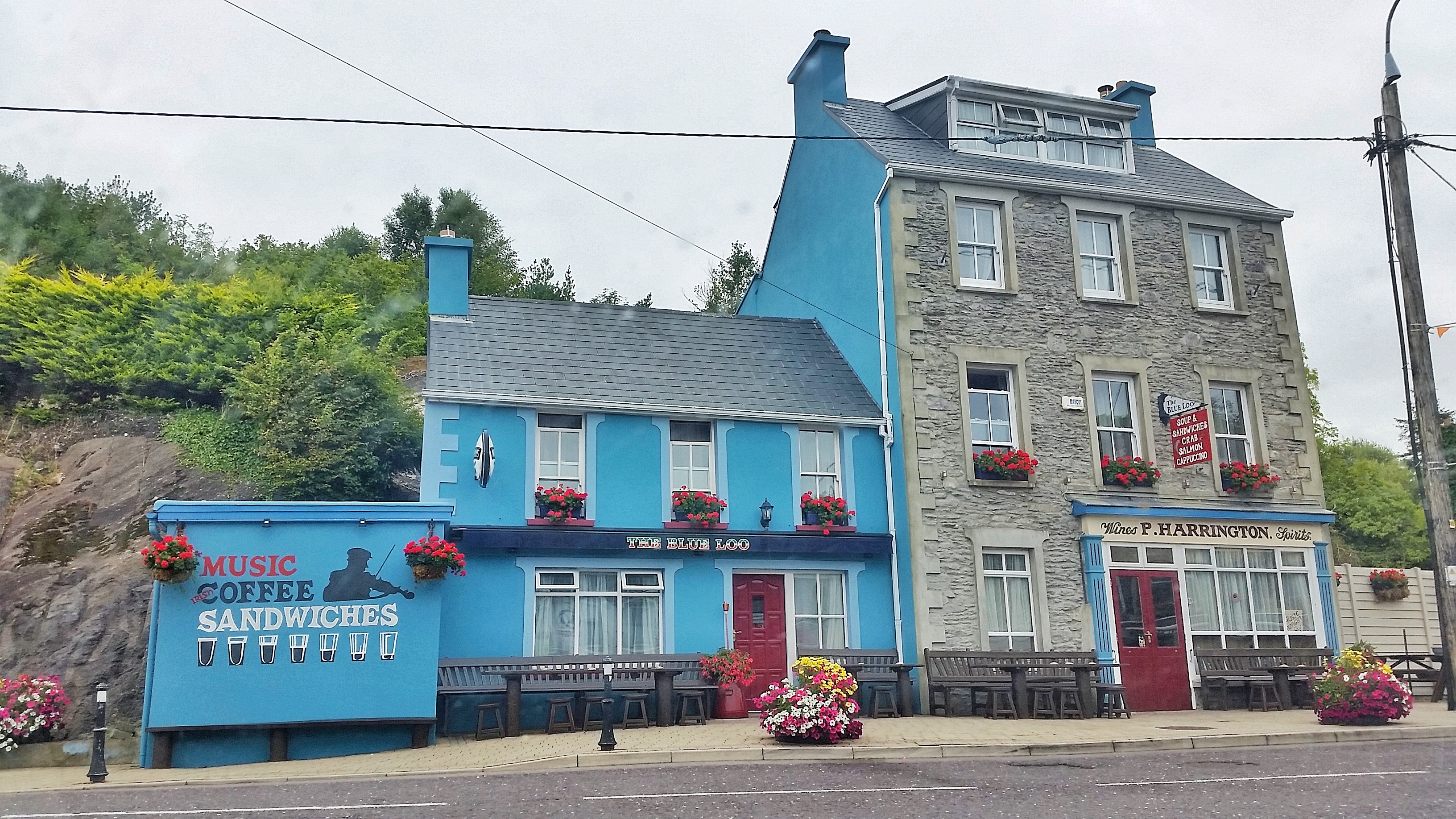 That was pretty much it for the evening, we settled into our B&B, got some great seafood in one of the few restaurants around the corner and tucked in for an early night. Which turned out to be the right decision, as it meant that we got the first (and empty) boat over to Garnish island in the morning, passing by some slumbering seals and giving us almost private access to the island before the crowds arrived. 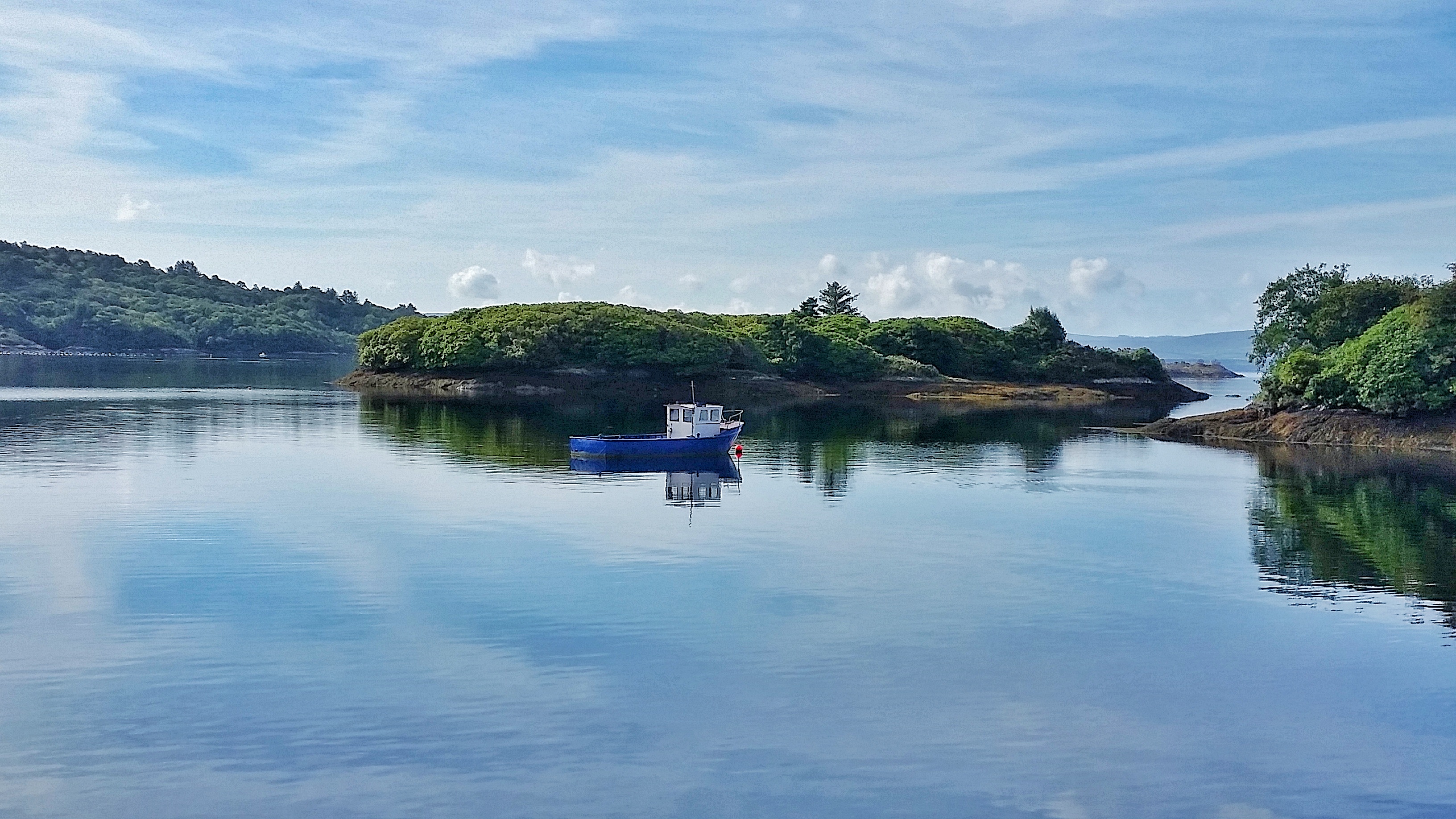 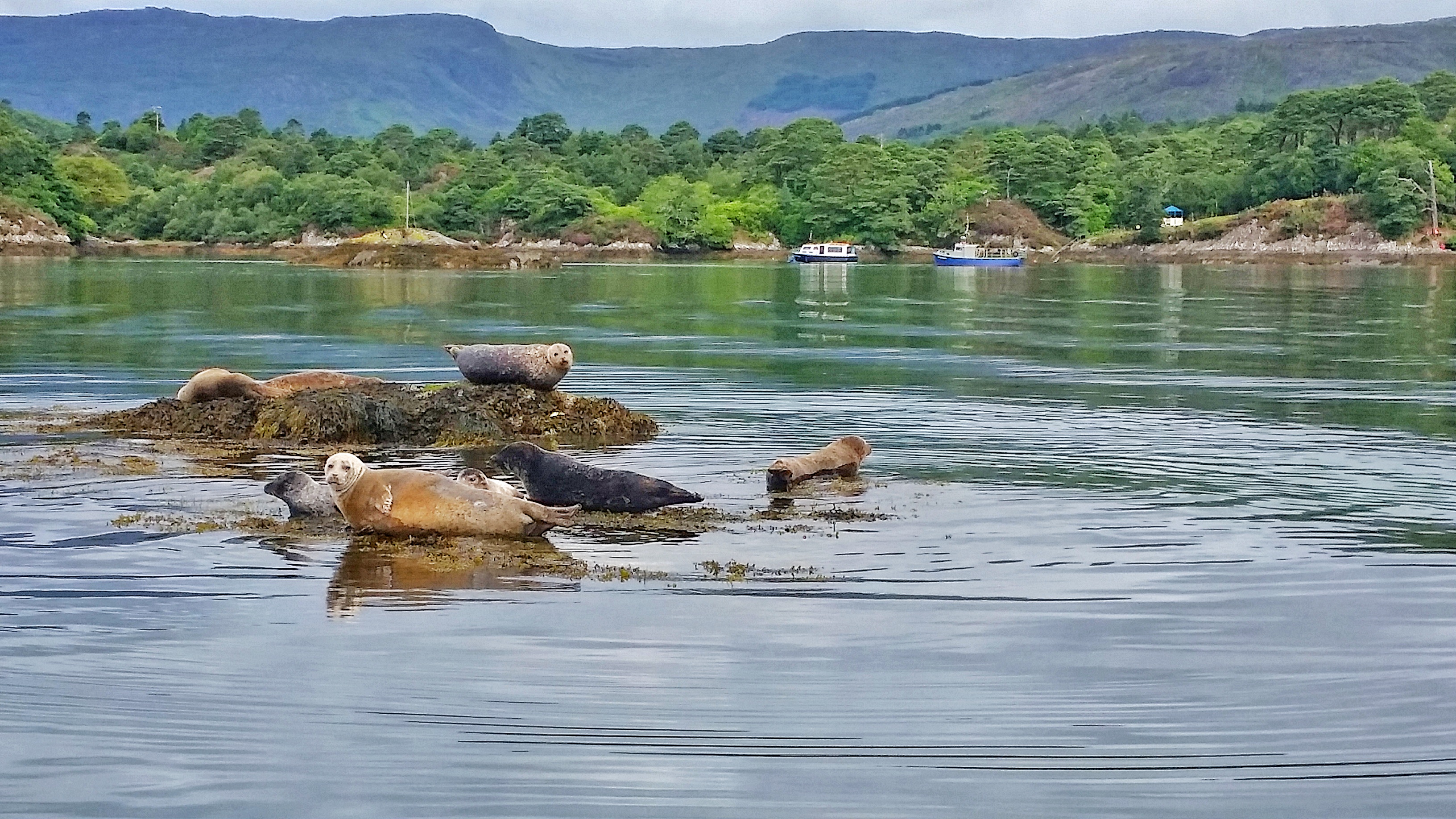 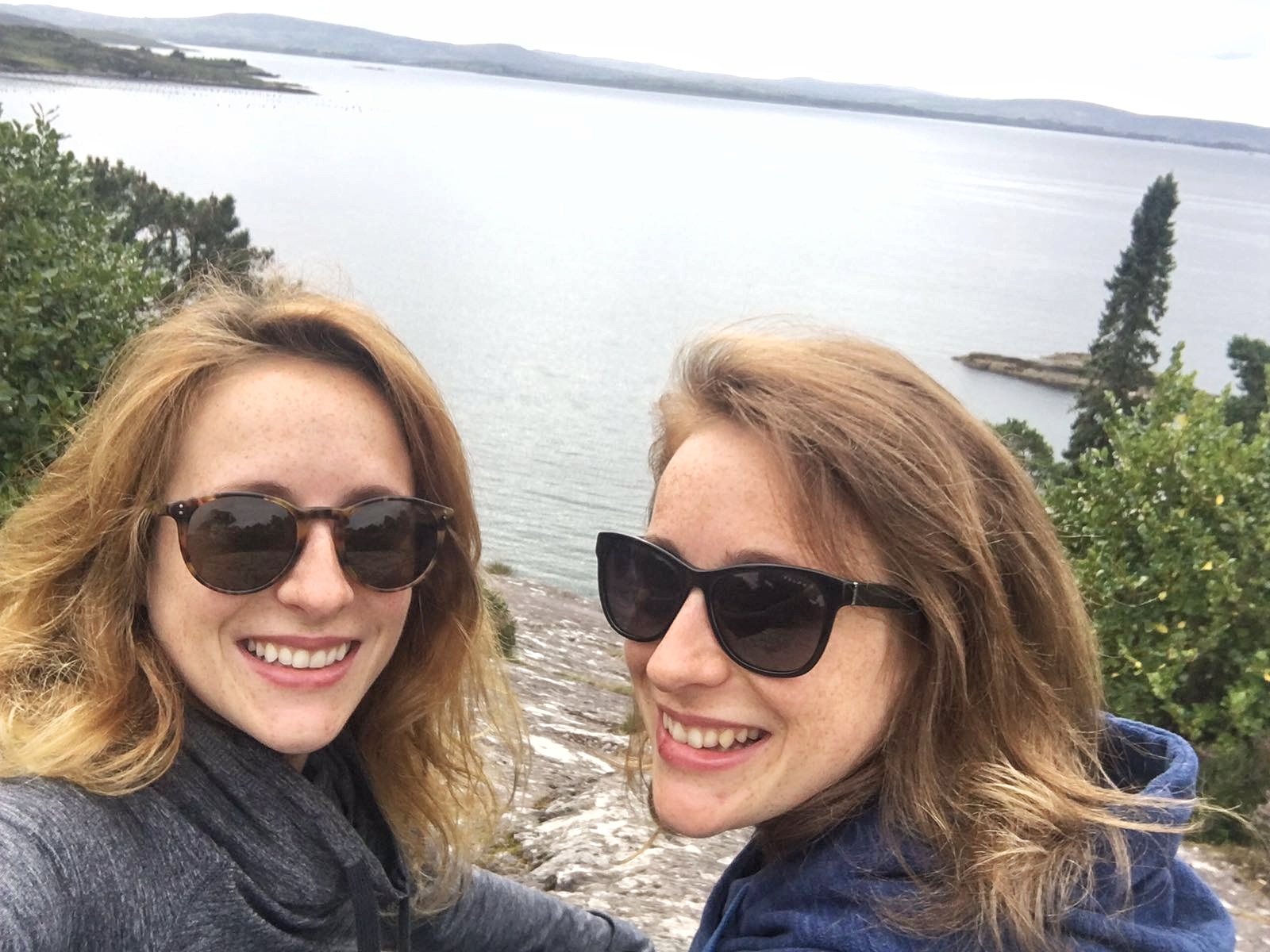 The island might be small, but the gardens are bursting with flowers and the house is beautifully preserved – I’ll let the pictures do the talking, suffice to say that August was a pretty good time to visit to see the garden in all its blooming glory. 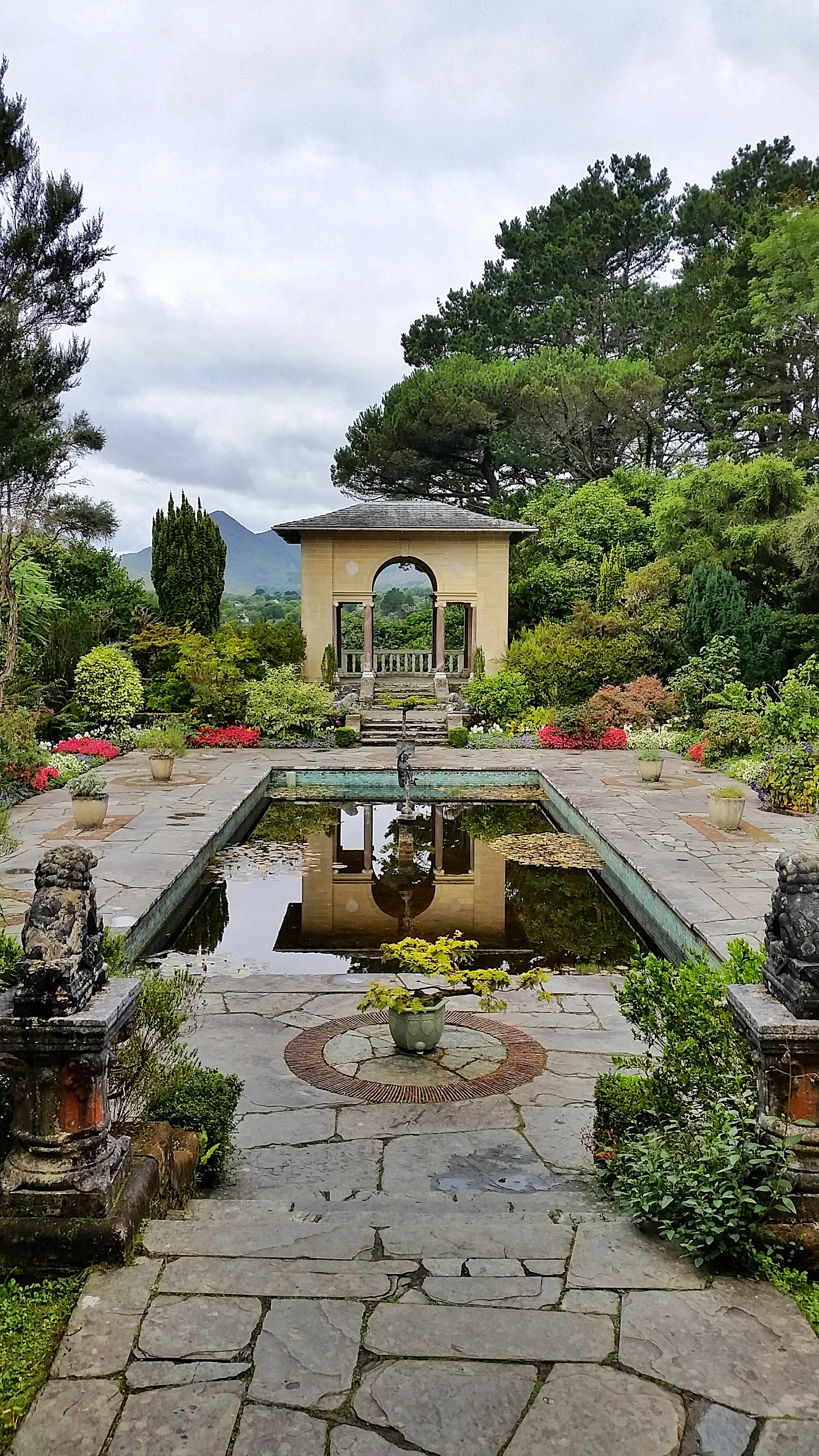 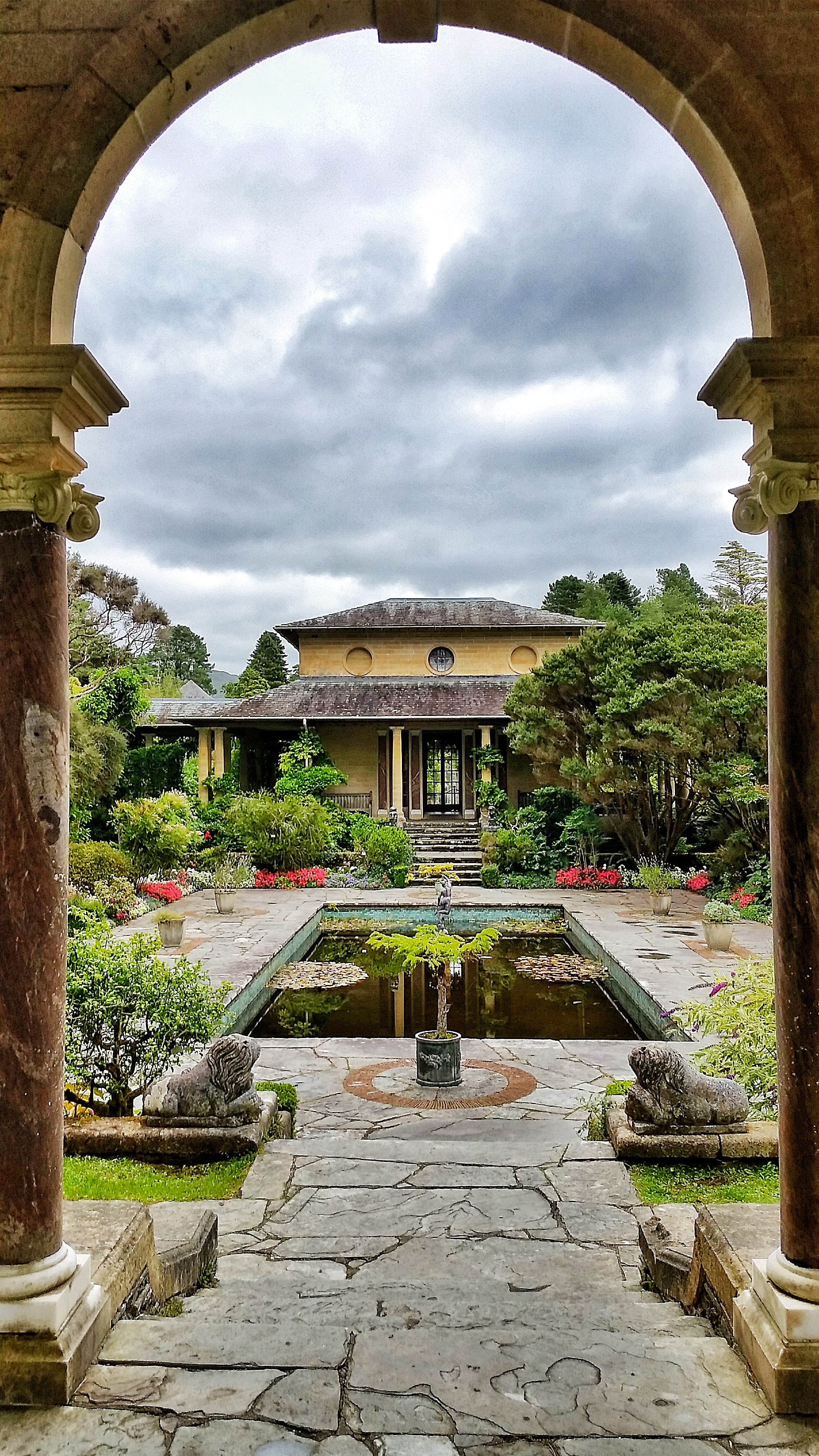 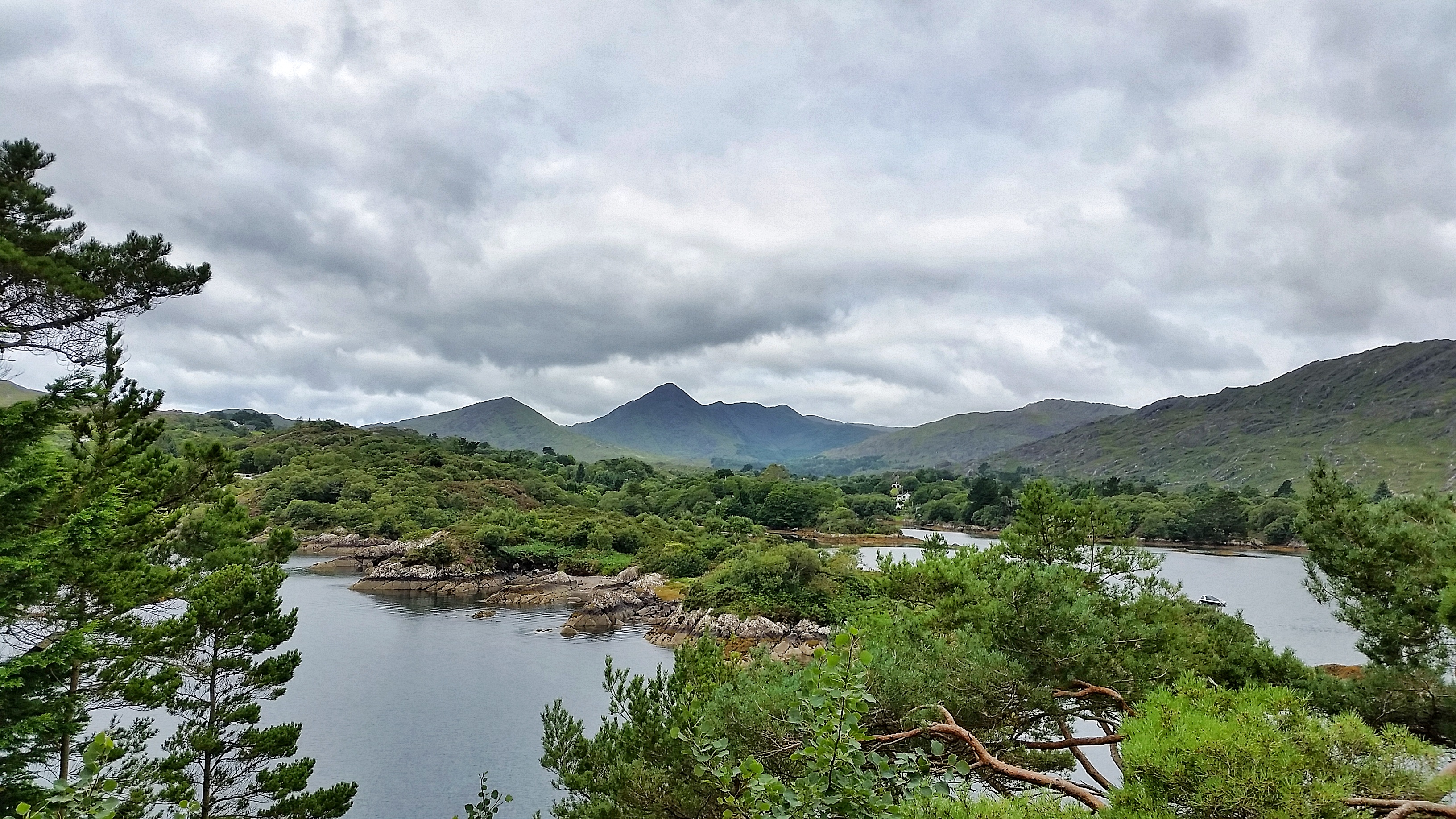 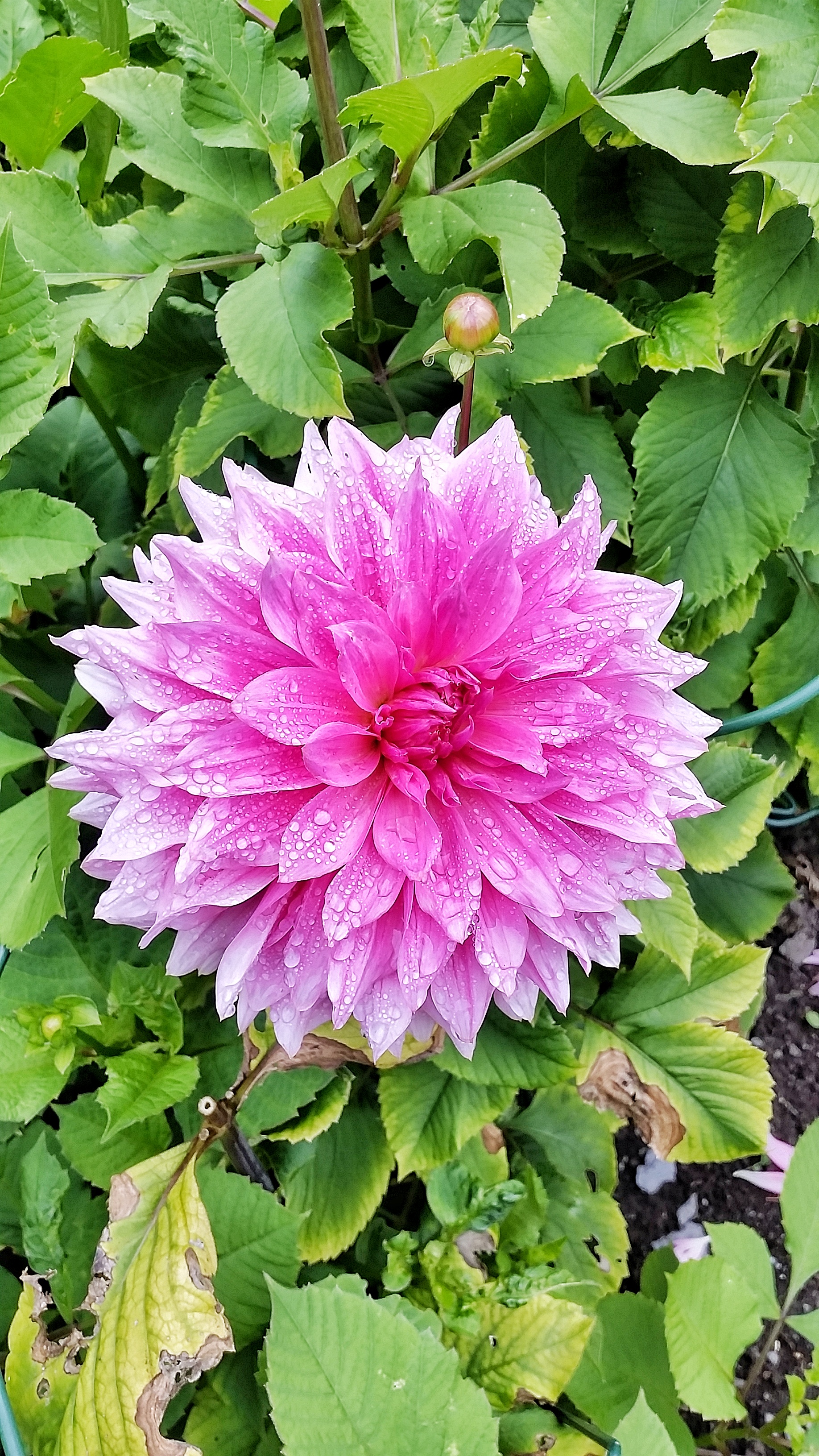 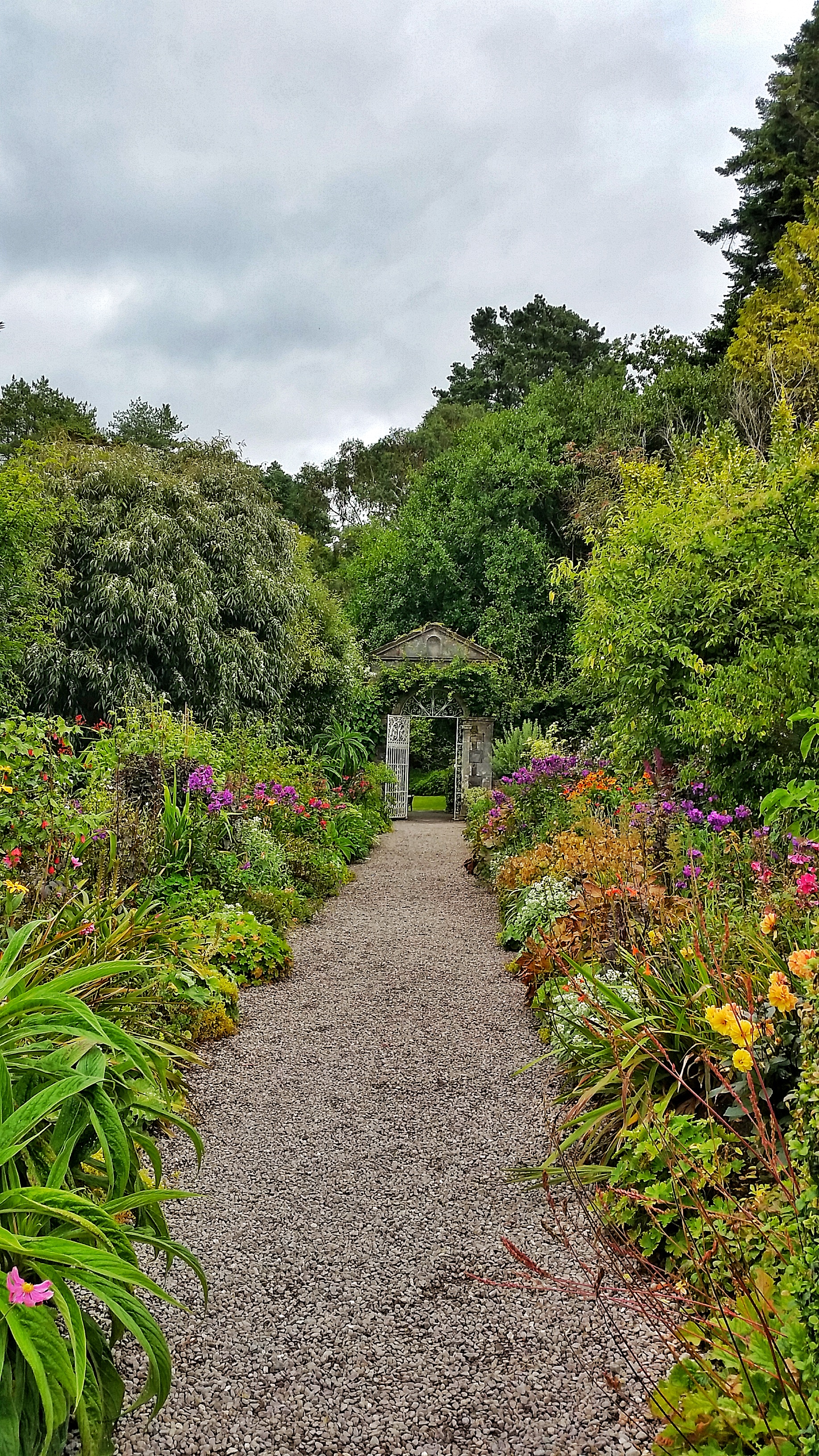 Once back on the mainland, we kept to the coastal route, enjoying the view as we continued north along the Wild Atlantic Way out to Dursey island, where Ireland’s only cable car is still in operation. One look is enough to put you off ever stepping foot in it but for those who wish a ferry boat crosses the short distance too. 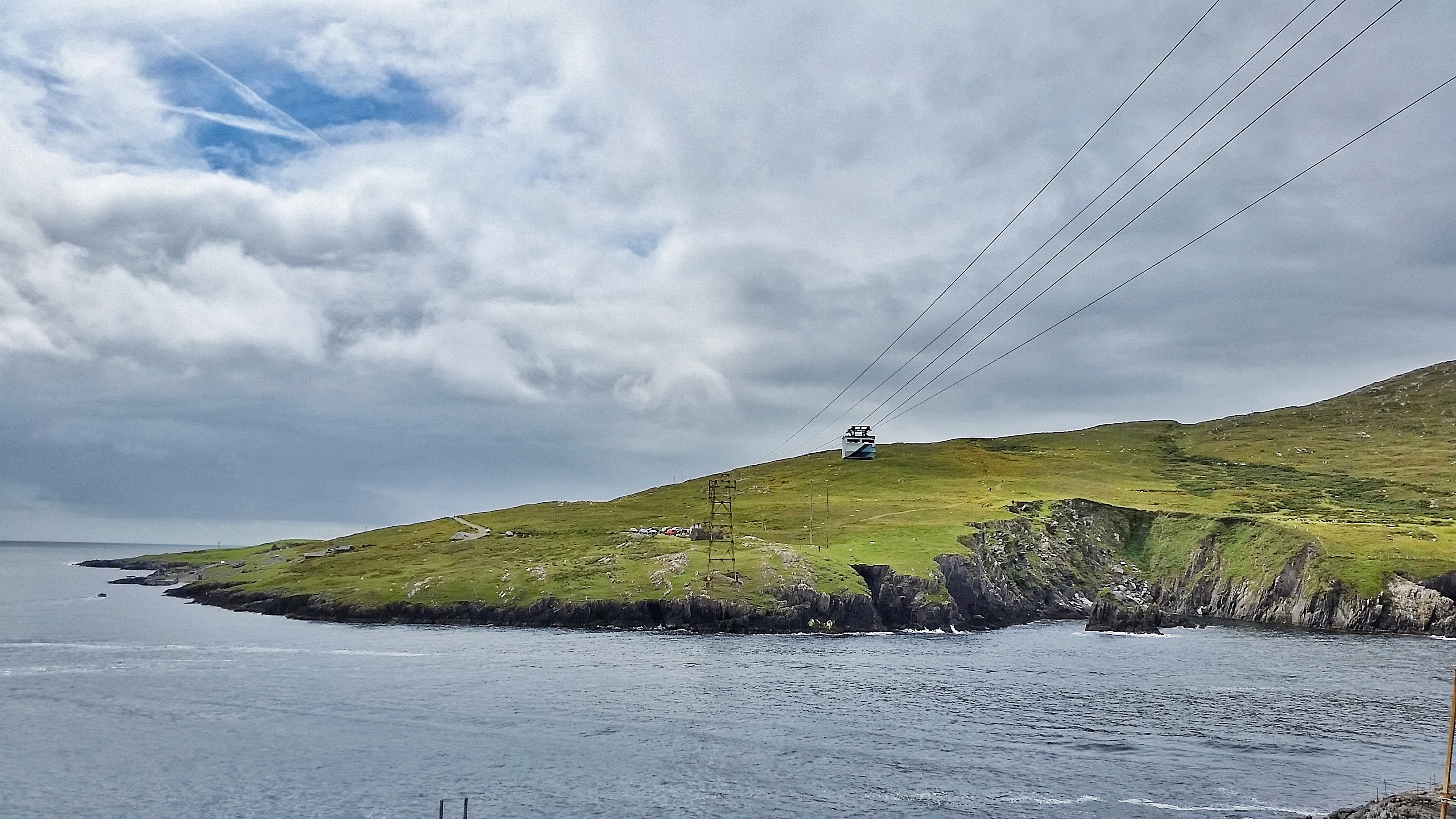 Apparently there are some nice hikes on the island, but its best to go early in the day so we got back into the car and continued around the peninsula, admiring the overgrown roadsides along the way (mainly invasives sadly, but the colours were incredible). If its unspoilt beaches, patchwork fields and rugged horizons you are after then this is the place to go. Many of the village homes scattered on the hillsides are painted in bright colours, adding some contrast to the otherwise lush green countryside. 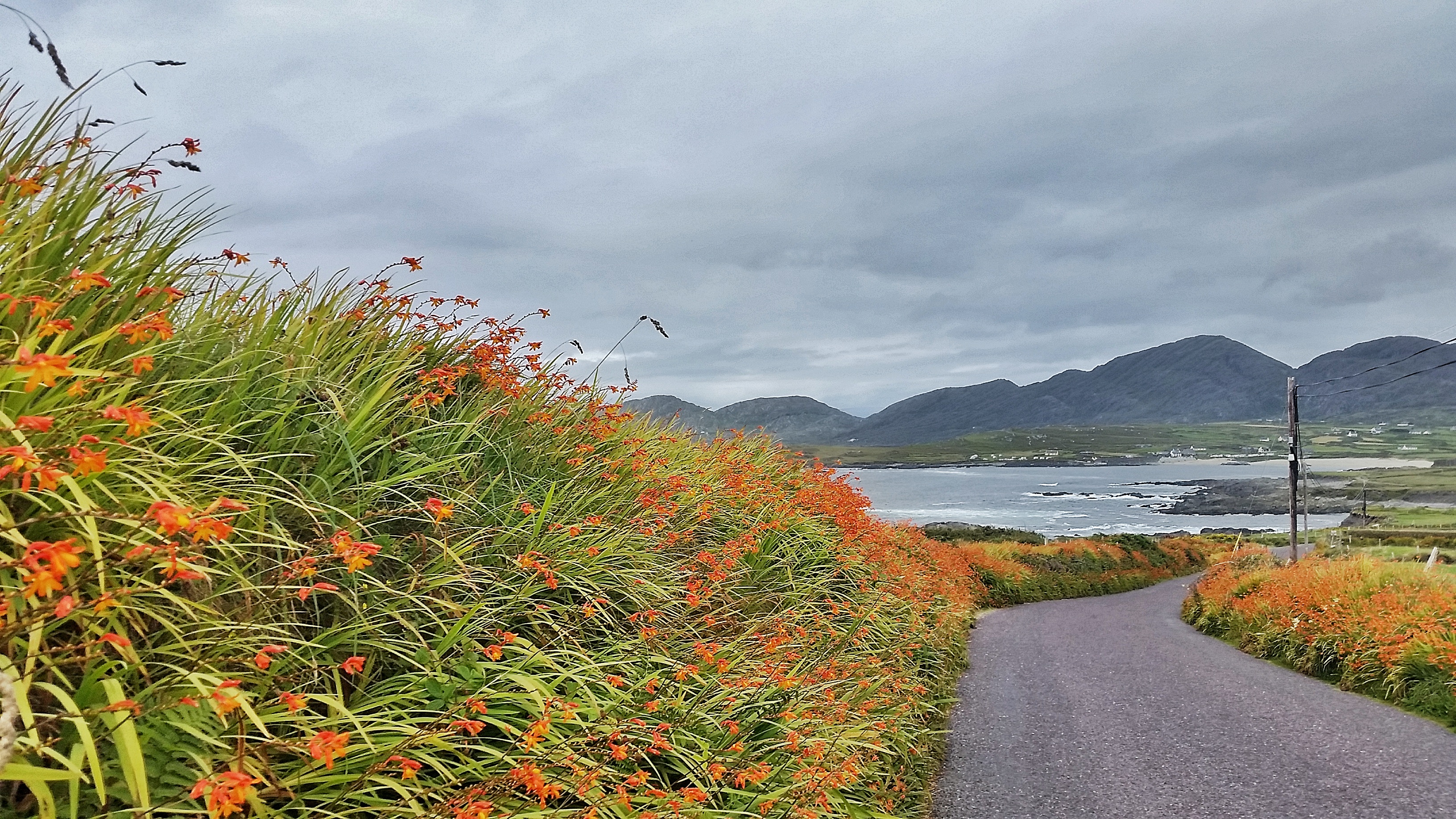 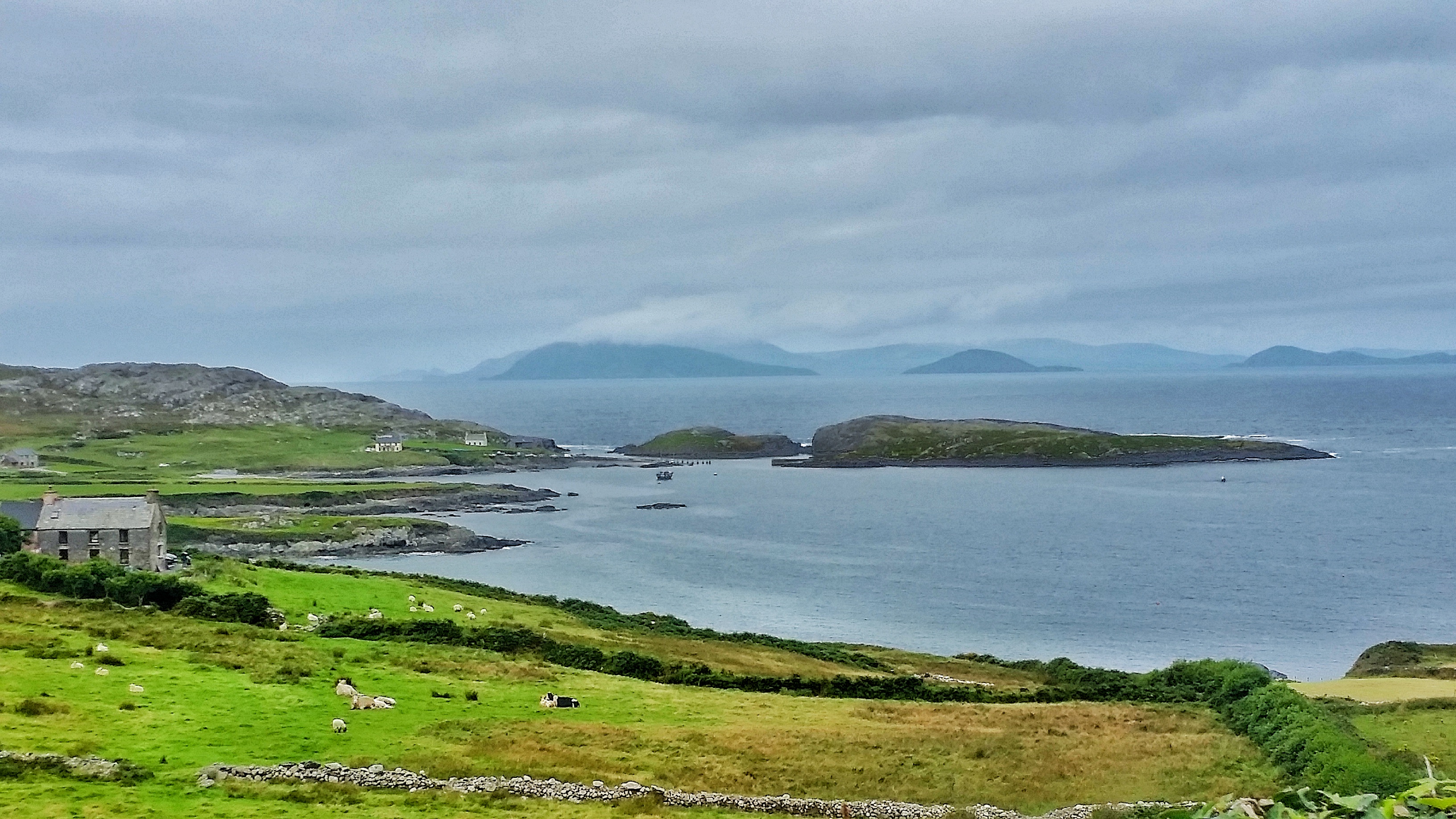 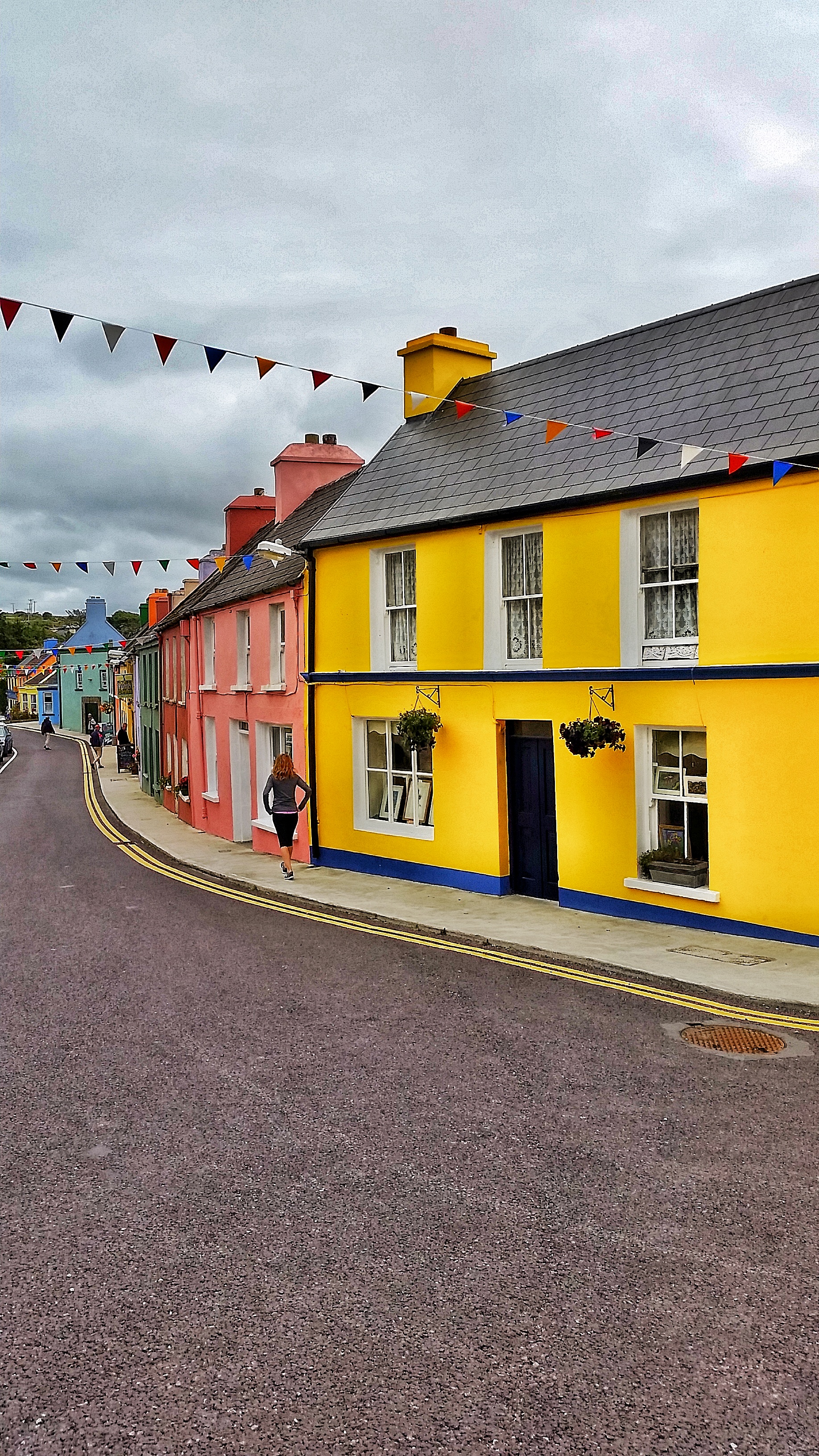 After a delayed lunch (would recommend bringing a picnic or at least having a better plan) and a longer drive than anticipated we decided to take a surprise detour to a signposted waterfall. Driving along a narrow gravel track which appears to be more of a private slip road, we eventually emerged in a farmhouse yard. This is one of those cases where you need to have coins in the car for the enterprising landowners, but we scrimped together any pennies that were floating around and slightly underpaid the strapping farmer who convinced us to take the longer marked route. Turned out to be a good choice since the views were almost unparalleled, once we had reached the top that is, passing several corries and local woolly sheep on the way. 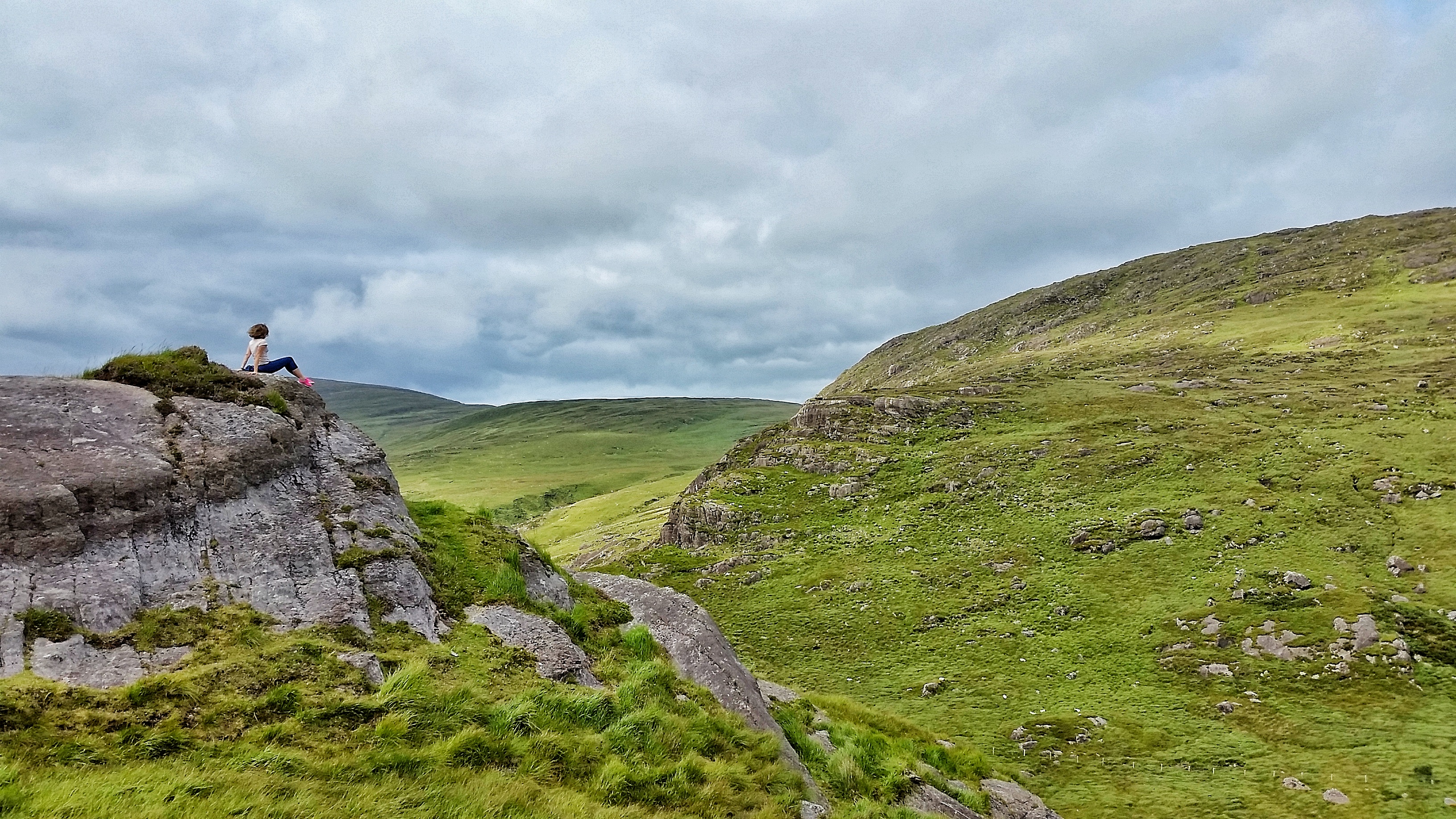 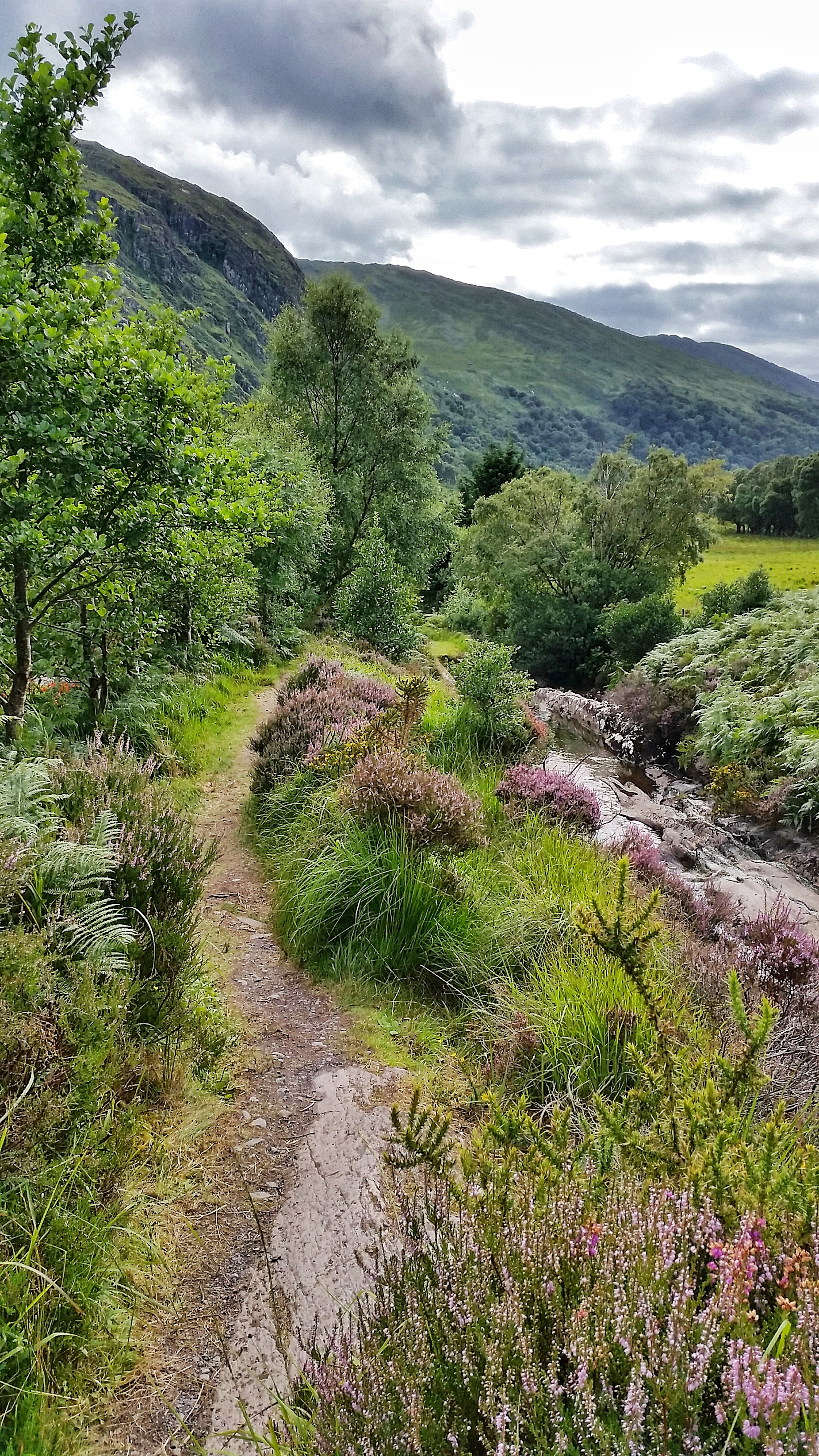 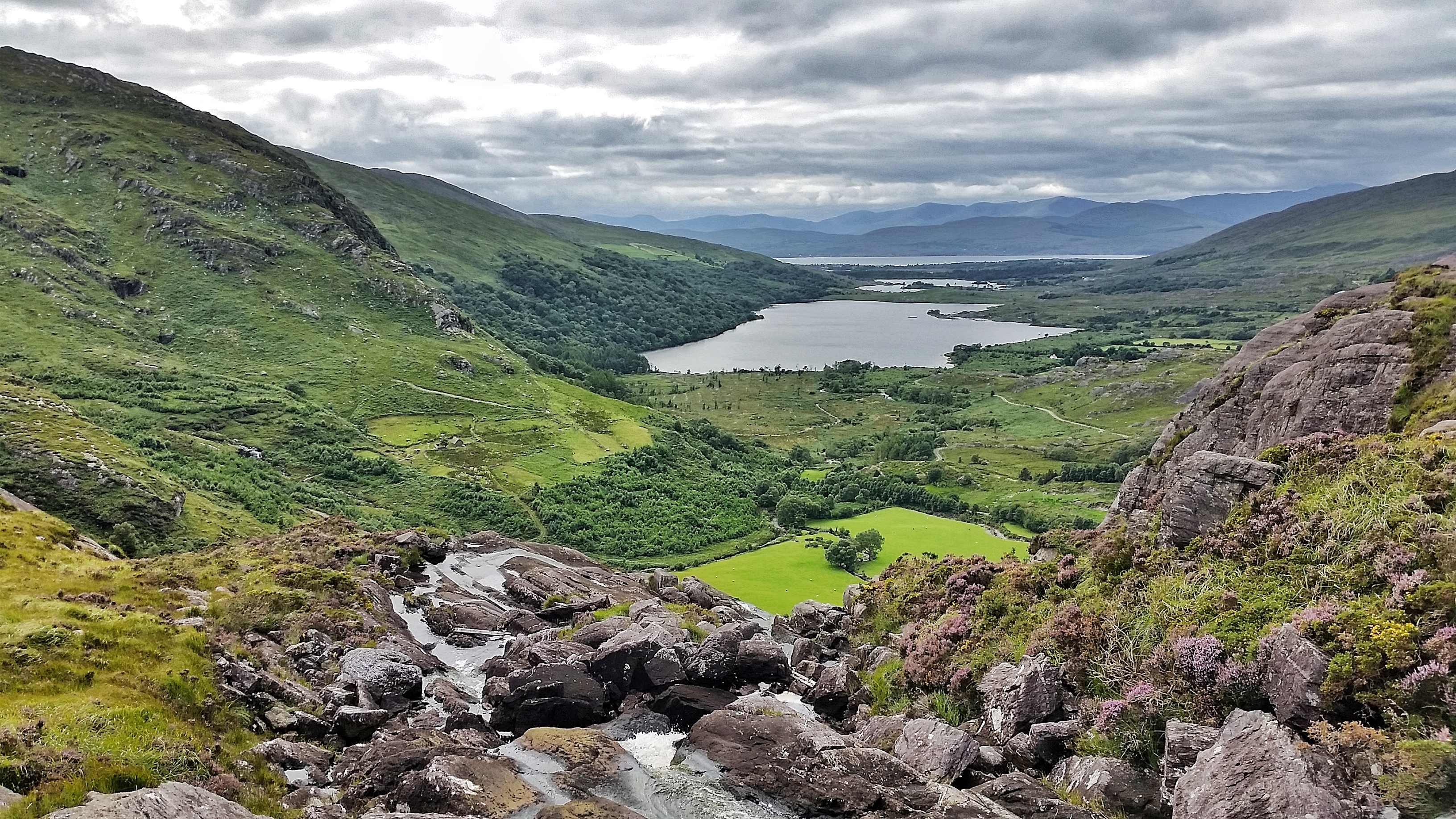 After the quick hour or so loop it was already turning dusky and with rumbling stomachs we continued around the coast and cut back to Glengarriff for another dinner in one of the other restaurants. Tiny these villages might be, but on a weekend night the pubs are bursting at the seams.

On Sunday morning we followed the Wild Atlantic Way north over Molls gap and into Killarney (again) where we took a lakeside stroll to the manor and its gardens, before we were homeward bound. 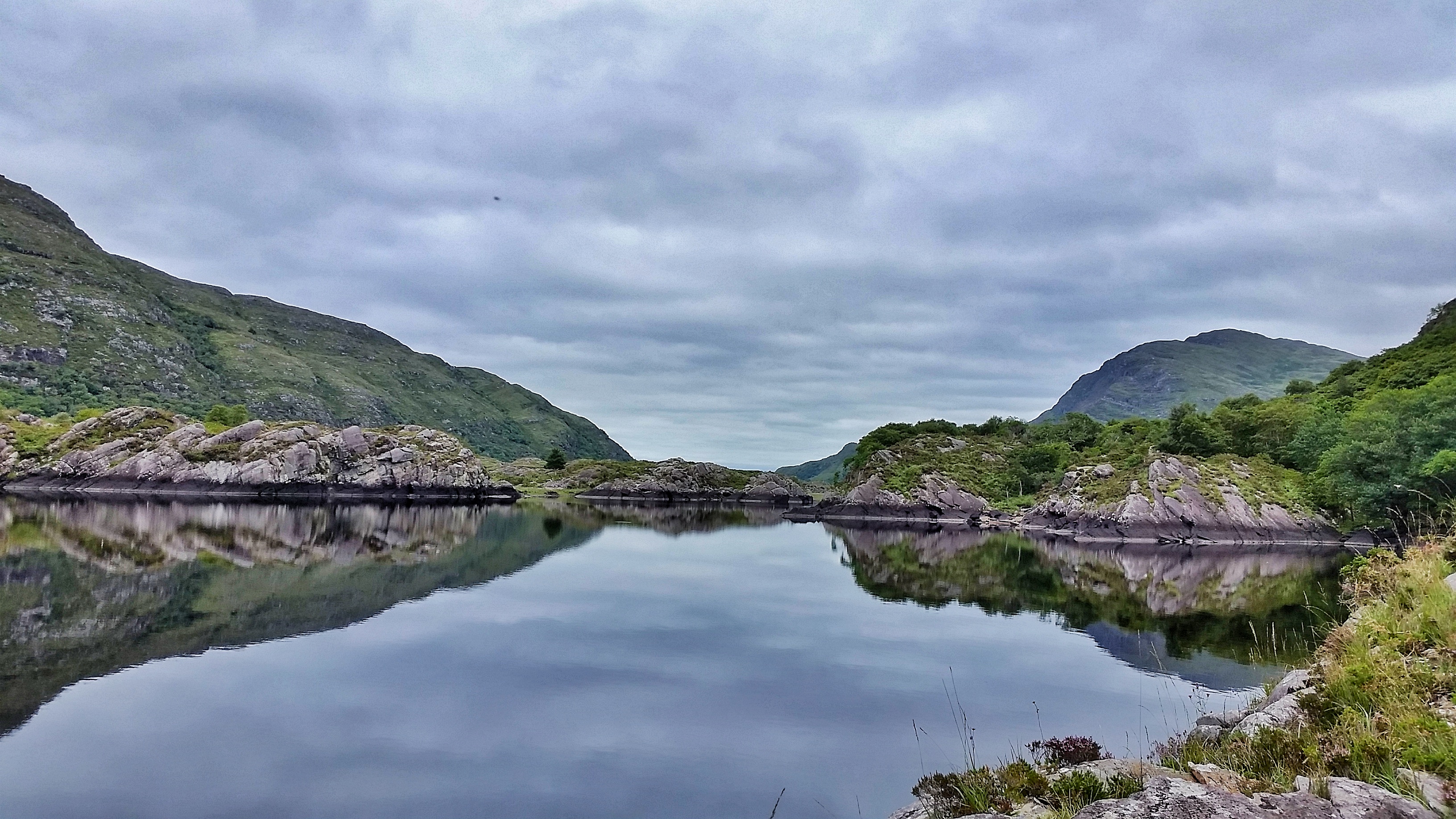 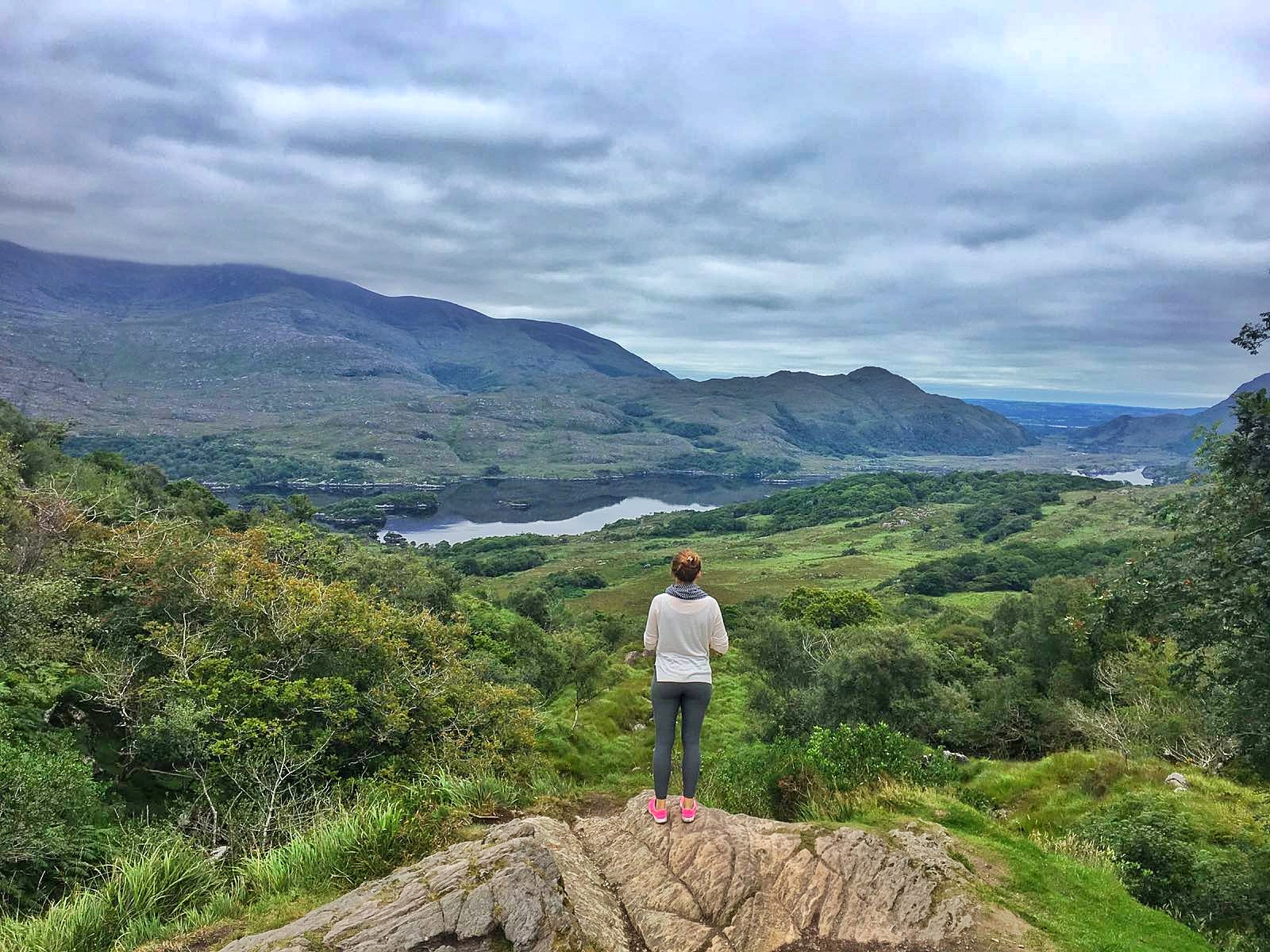 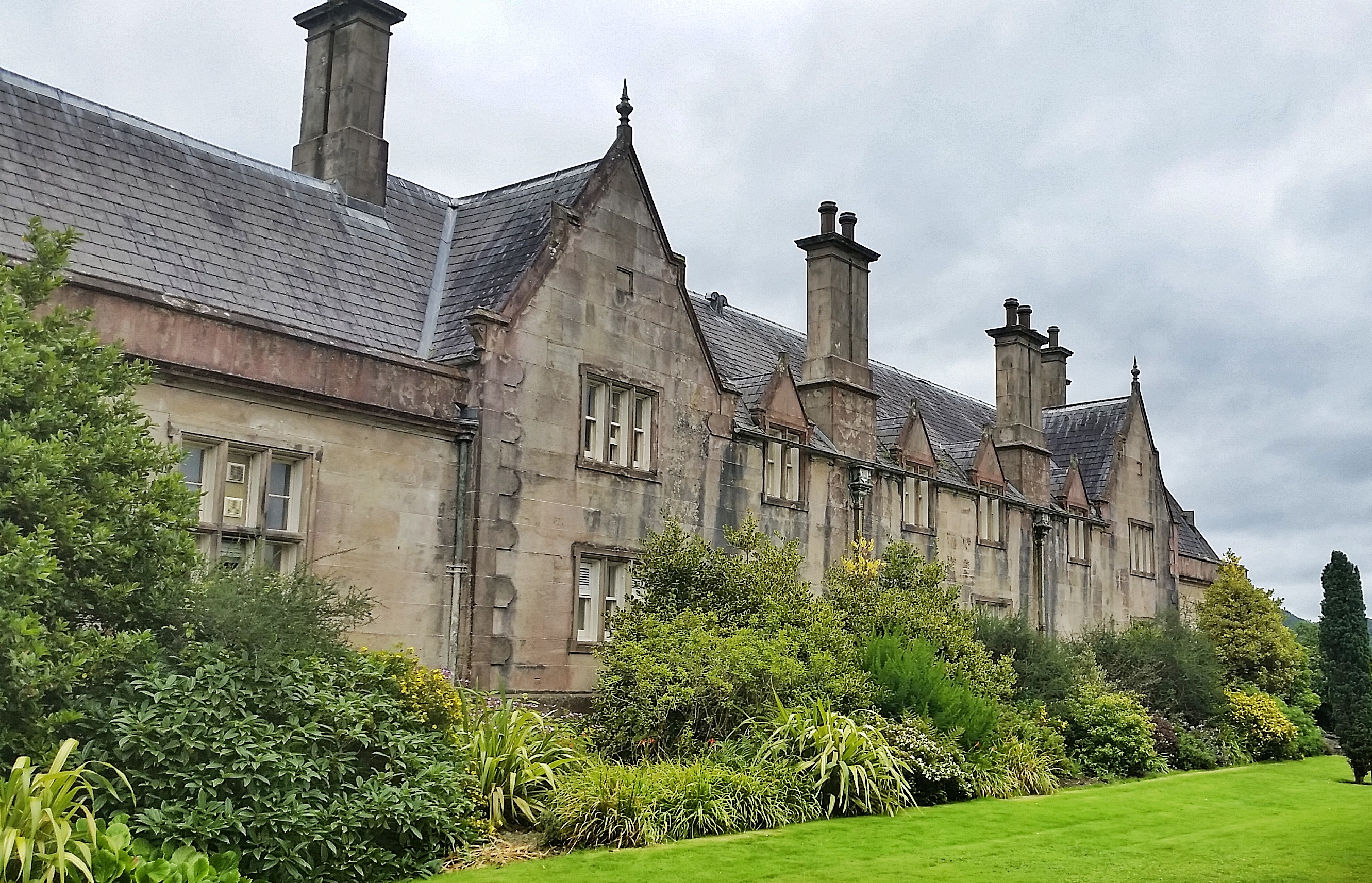 What a birthday treat! 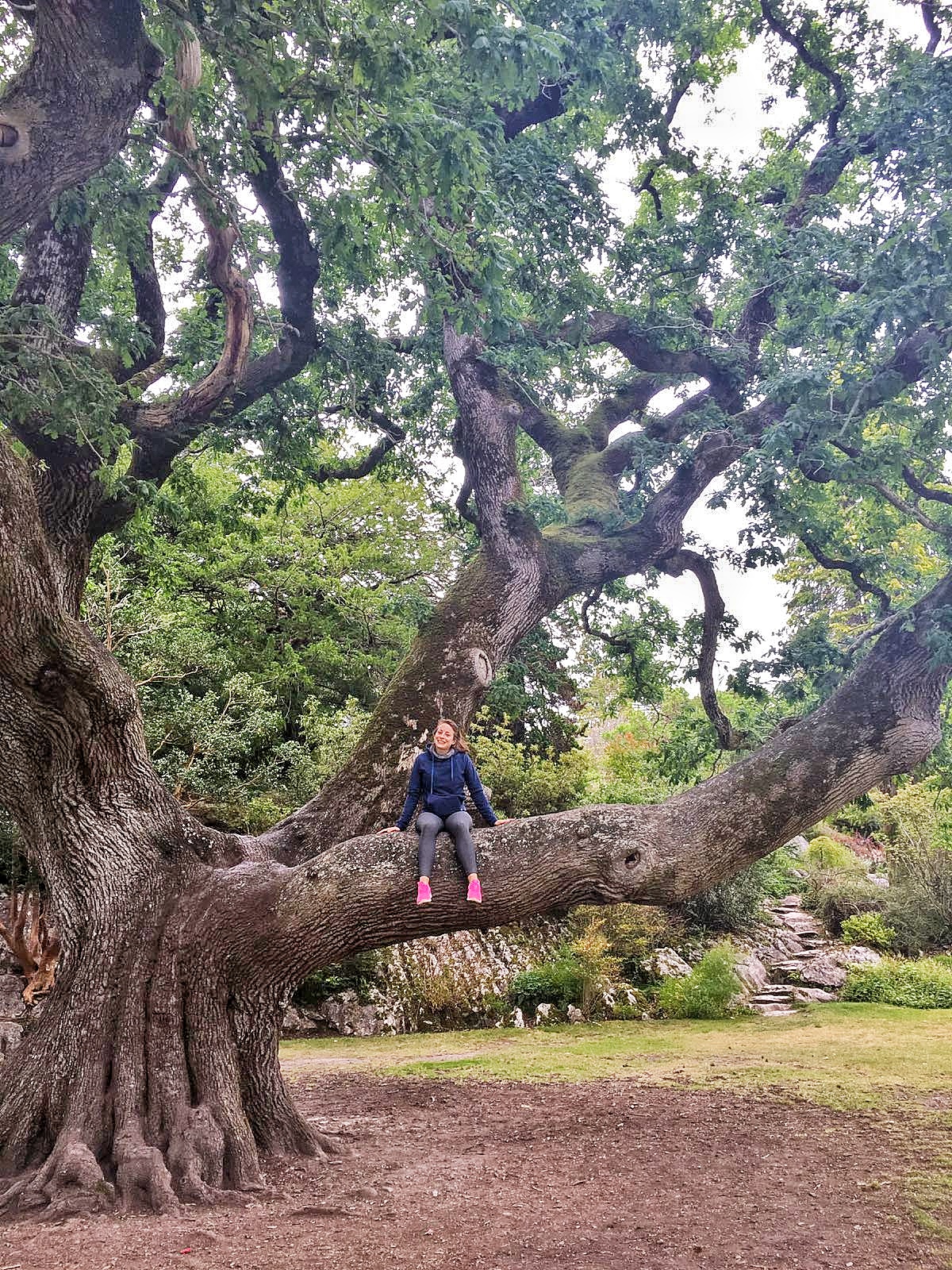 And with that (and those entries on Tallinn etc. already posted), it was the last of the 2016 trips. Now just another year to catch up on, and what a year 2017 was!!