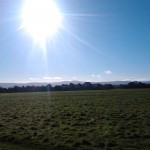 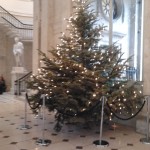 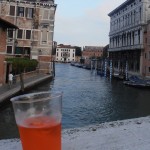 Although the build up to Christmas and New Years Eve is very much part of the fun, the actual events are sometimes a bit of an anti-climax. That said, Christmas this year was fabulous – spending the prior evening celebrating German style by opening family presents while enjoying a few too many glasses of home made mulled wine. The traditional Irish Christmas Dinner was then eaten on Christmas Day following a relaxing walk in the beautiful War Memorial Gardens. Joined by the family & close friends, it was the perfect definition of festive overconsumption – inhaling around four times your body weight in traditional turkey, roasted butternut squash & carrots, potatoes (3 ways, such a versatile food), brussel sprouts, an amazing chocolate log, and Christmas biscuits I had baked in the kilo-load two weeks earlier. I won’t mention the exact number of wine bottles and other alcoholic beverages consumed, only to note that a nice addition this year was a throwback to my time in Italy – the aperol Spritz. After hunting everywhere in Dublin city for an elusive bottle of orange-red aperol, one lonely bottle was discovered in Little Italy. Mixing one part Aperol to three parts Prosecco & adding a little soda water creates this little gem which is rarely found outside Italy. Jugs were made and toasted a success!

Nothing felt better than rolling out of the house in the days that followed for the occasional 15 km jog in the Phoenix park to run off the excess pounds; trampling through mucky tracks, avoiding over zealous deer looking for carrots & dodging children careening around on santas new scooter/rollerblades/bikes. It did miss a sprinkling of snow though, I’m holding out for some snow before the end of this month!

images: Phoenix park sans snow but thankfully no rain, the Christmas tree in City Hall, and an Aperol spritz in Venezia.