I have to say I thought I had brought enough layers for a long weekend in Tallinn. And I did, I just ended up wearing everything at once. All the time.

Tallinn had been a spontaneous break, since I hadn’t left Ireland except to visit my new baby niece and some work trips to Brussels and Berlin. When I found cheap flights I couldn’t resist and within a month was off to Tallinn in early November. I arrived to a snow covered city which was just a dream, but had temperatures and an icy wind to match.

Enthusiasm undeterred I dropped by bag off at the hostel right in the centre of the old city and crunched off through narrow snow-dusted cobbled streets. The old city is gorgeous and tiny so you would have a hard time getting lost even if you disliked random circular streets. The part within the old city walls is crammed with fairytale pastel buildings, domed churches, crumbling towers and old walls. 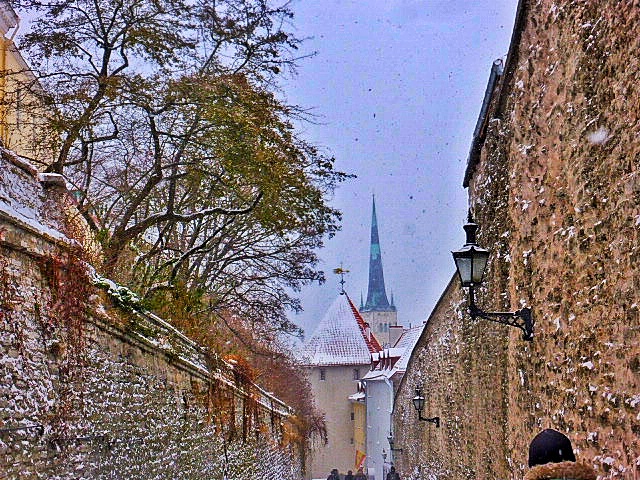 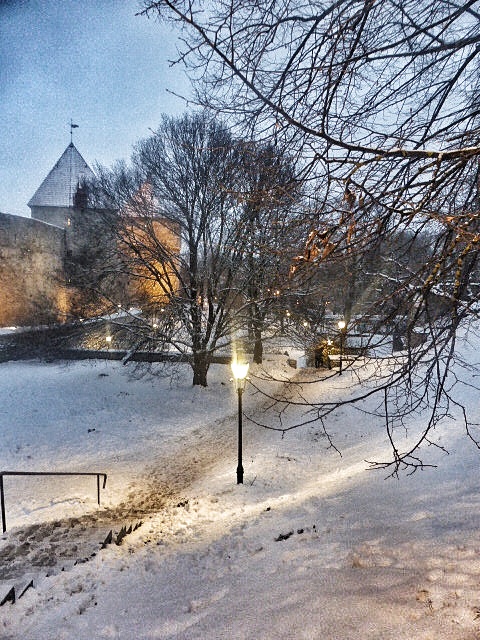 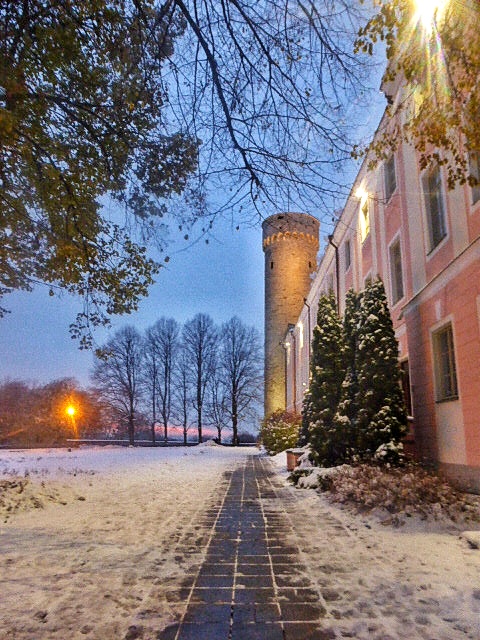 I kept on walking for the rest of the weekend, the few kilometers out to the president’s house and observatory, along the coast to the war memorial, up past the war memorial to enjoy the view across the sea, back down to the old harbour terminal, across to the old fishermens houses, past the sea-plane park, into an old market full of the most random north-eastern European bits and bobs, through a super-cool warehouse-y area with some nice bars and back through the narrow streets of the old town. I picked up some gorgeous woolly bits, wooden crafts and linens along the way, stopped to admire the view several thousand times, and of course fell into a couple of restaurants well worth mentioning.

The first is a teeny tiny super budget friendly restaurant in an old train carriage. They serve the most delicious borscht (had to be done) and the staff are unbelievably nice.

Whatever pennies I saved I splurged a bit (well for Tallinn) on dinner the following night in another restaurant I cannot for the life of me remember, but the several course tasting menu featuring seasonal food was stunning. Seasonal at the time was mushrooms, root veggies in various forms, apples, caramel and more. I don’t remember exactly what I ate but it was an autumnal feast fit for a Queen.

Photos from the the weekend as follows: 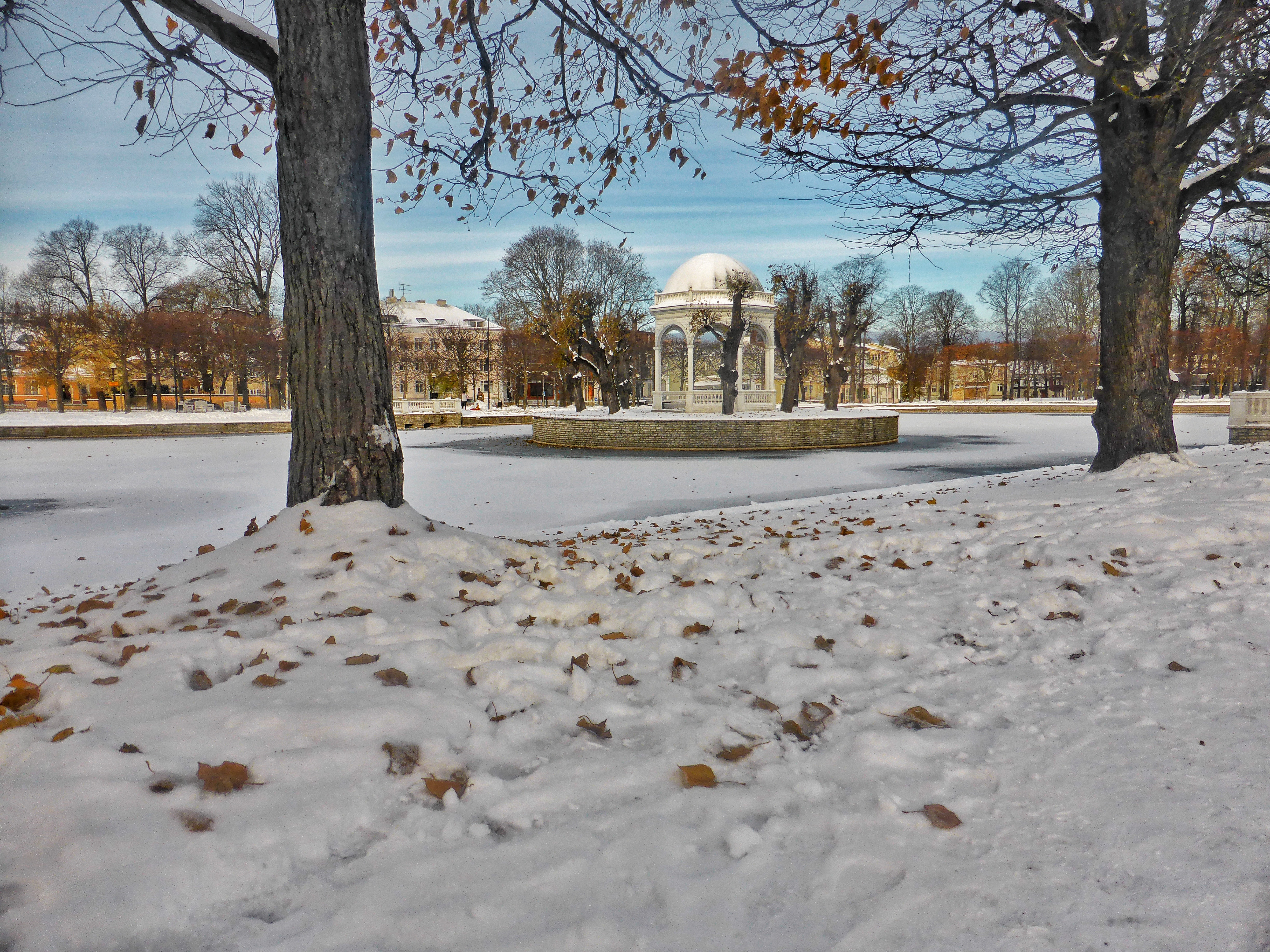 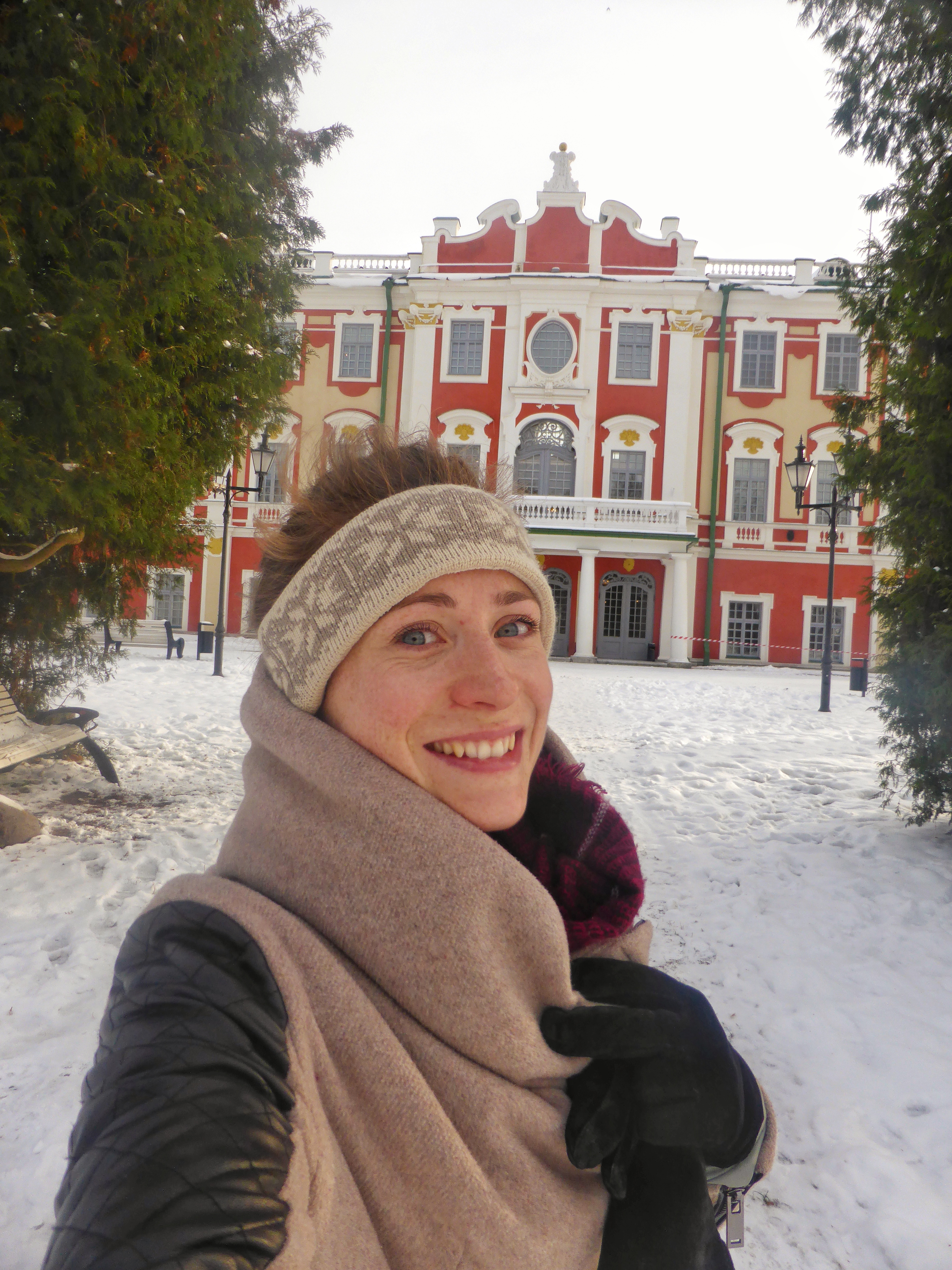 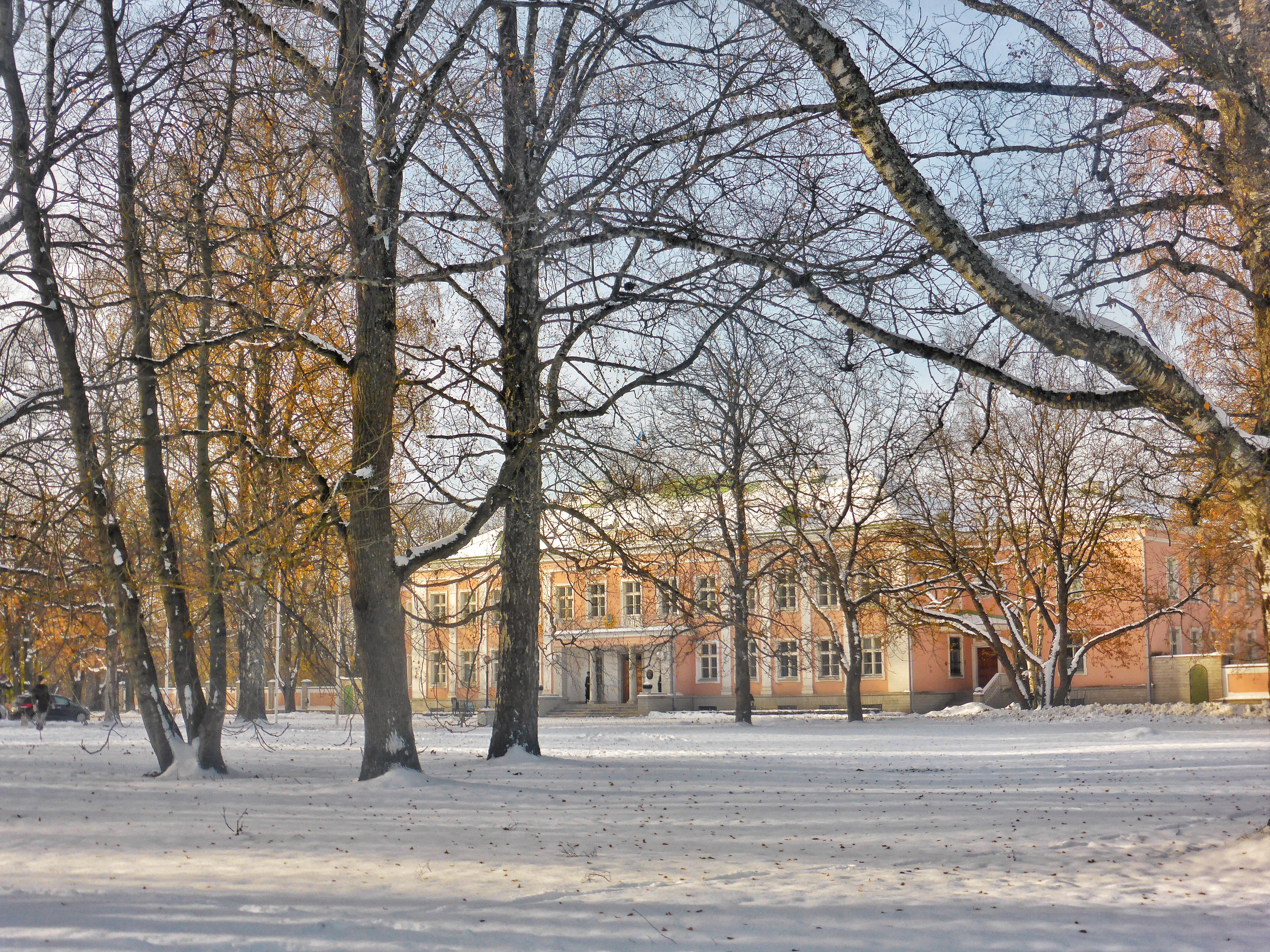 My first full day with a walk out through snow covered streets to the park with the presidents house, an art museum etc. Note the necessary layers! 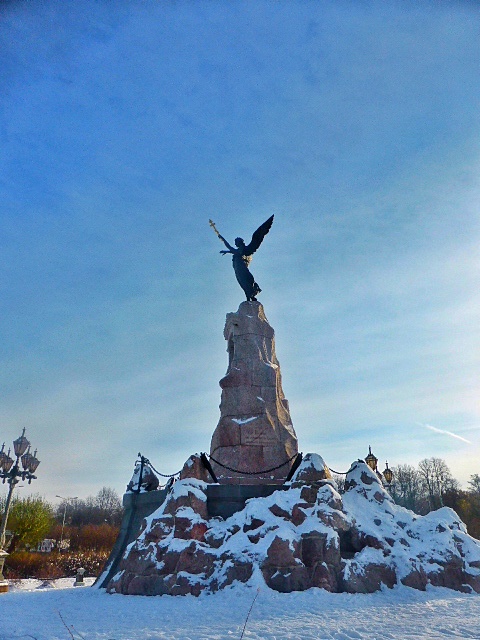 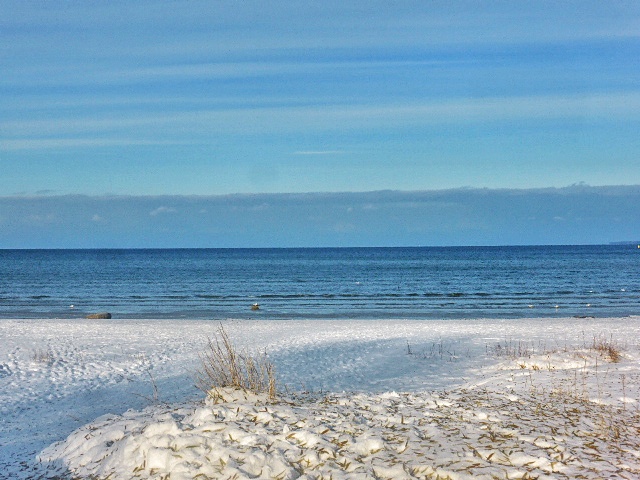 Strolling back down to the coast and a couple of km into an icy wind to get to the war memorial. Back up behind the memorial there’s a hill with some trails and a nice view over the sea. By this stage the scarf was up to ward off the cold! 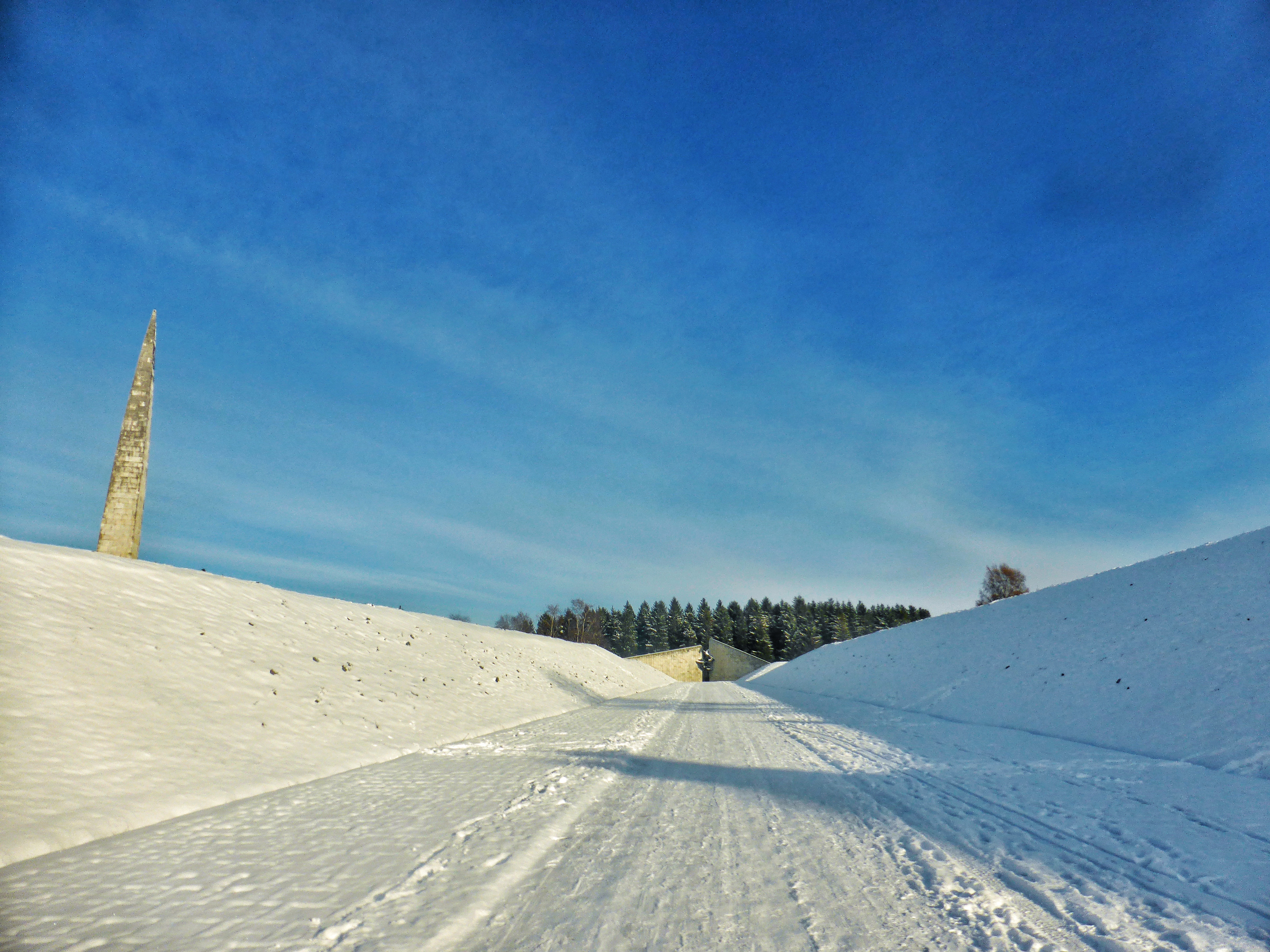 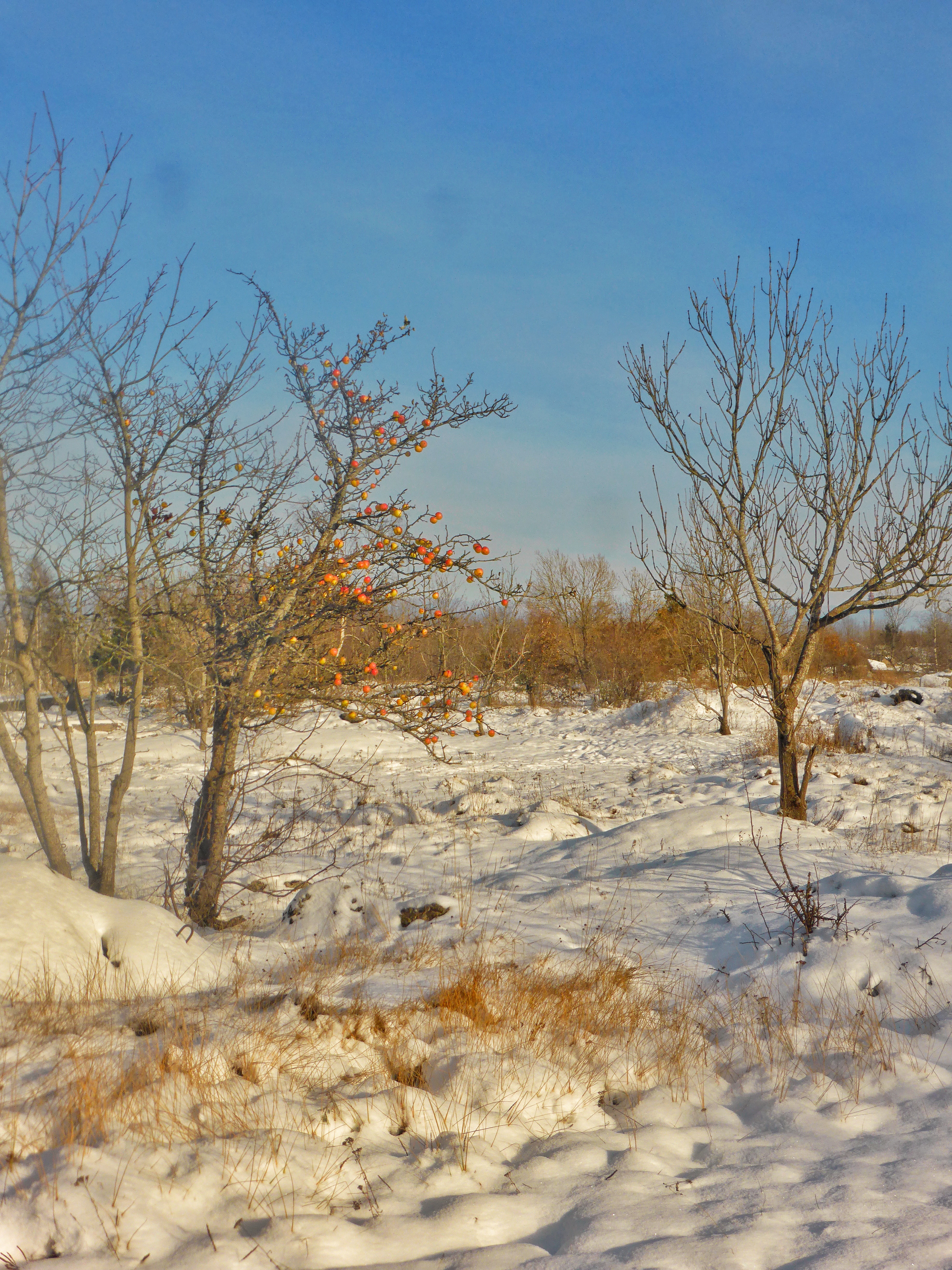 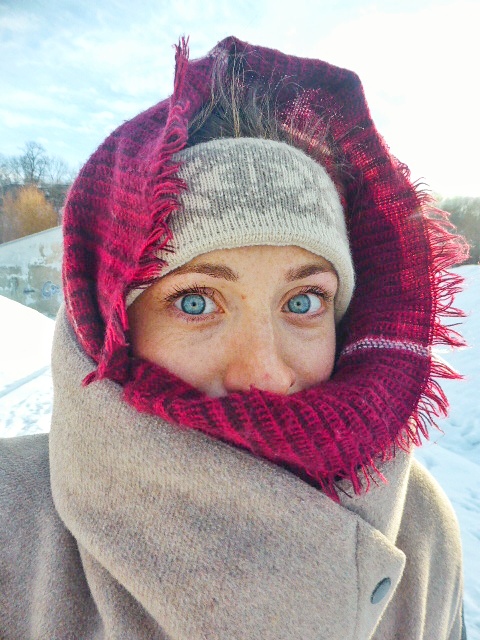 Then it was back into the city to the old port and the nearby fishermen homes. 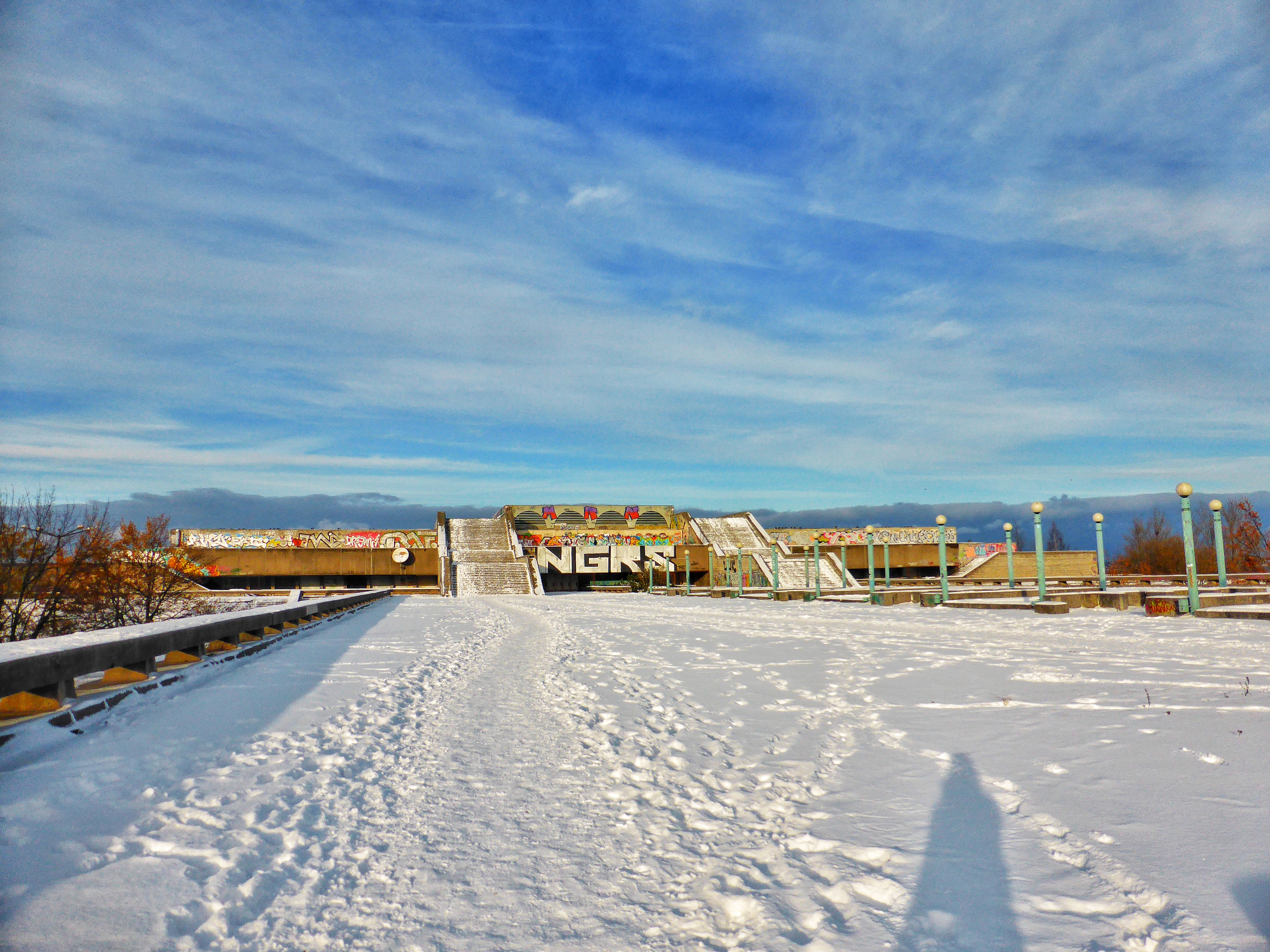 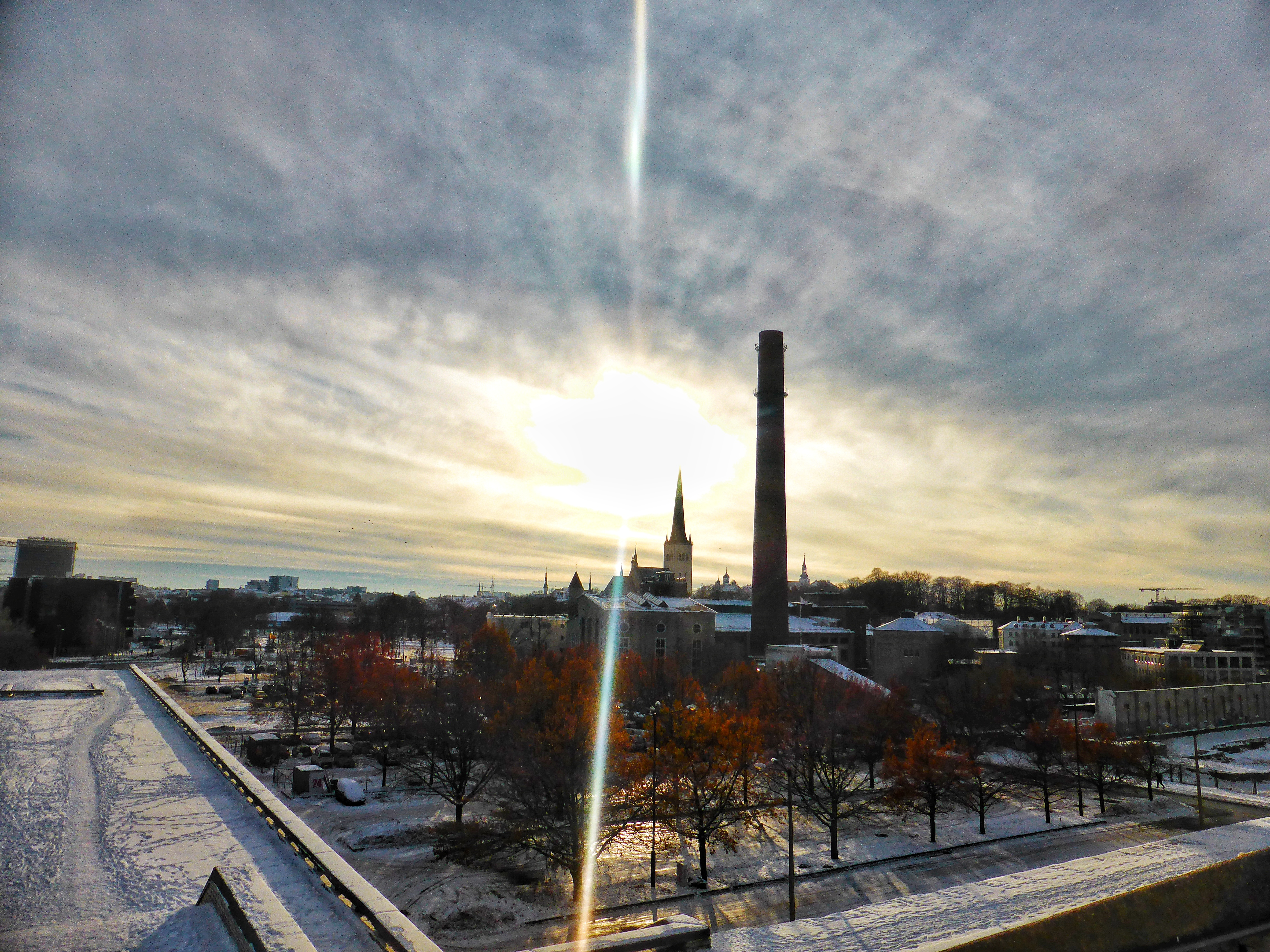 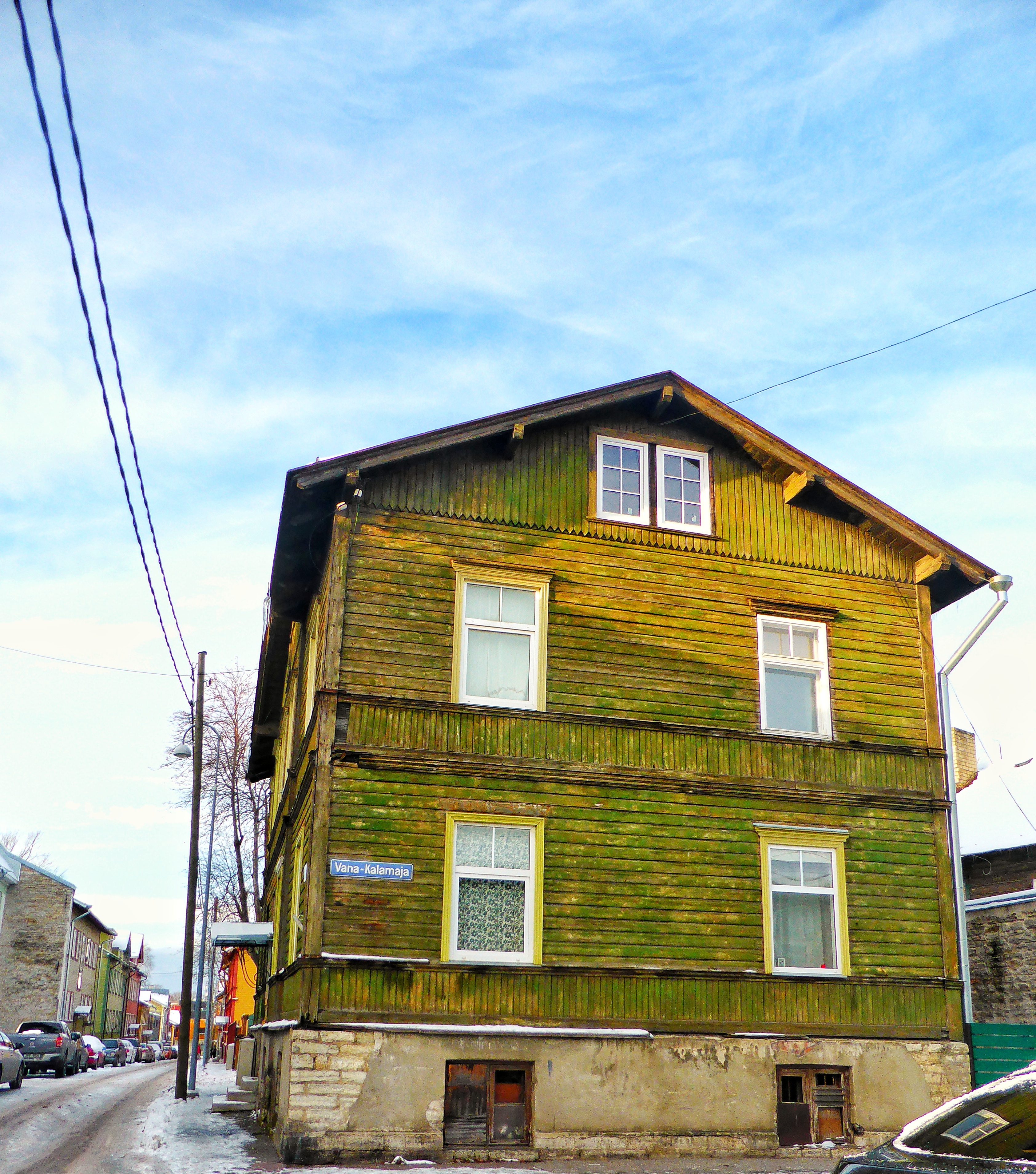 It still wasn’t enough walking so my stroll continued into the nighttime around the old city and its walls. 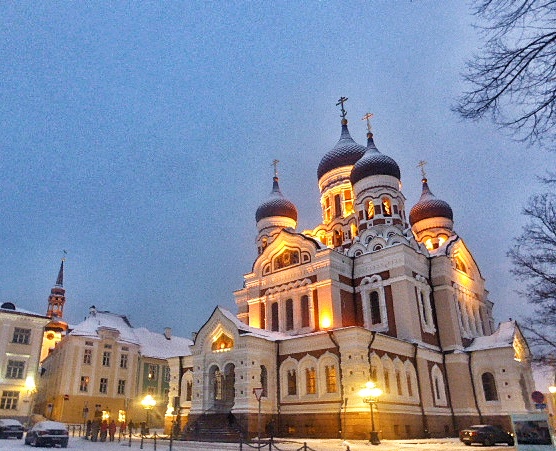 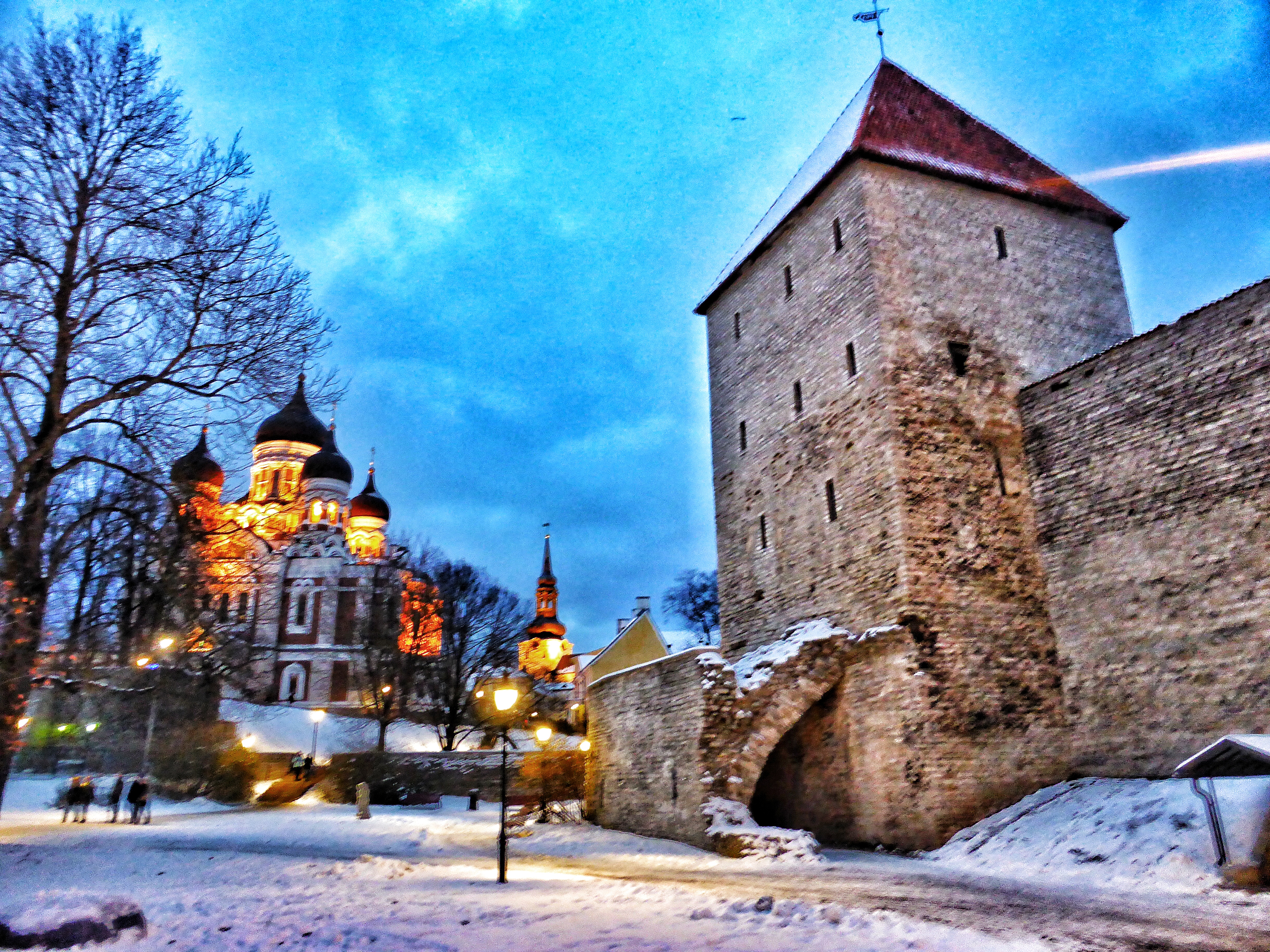 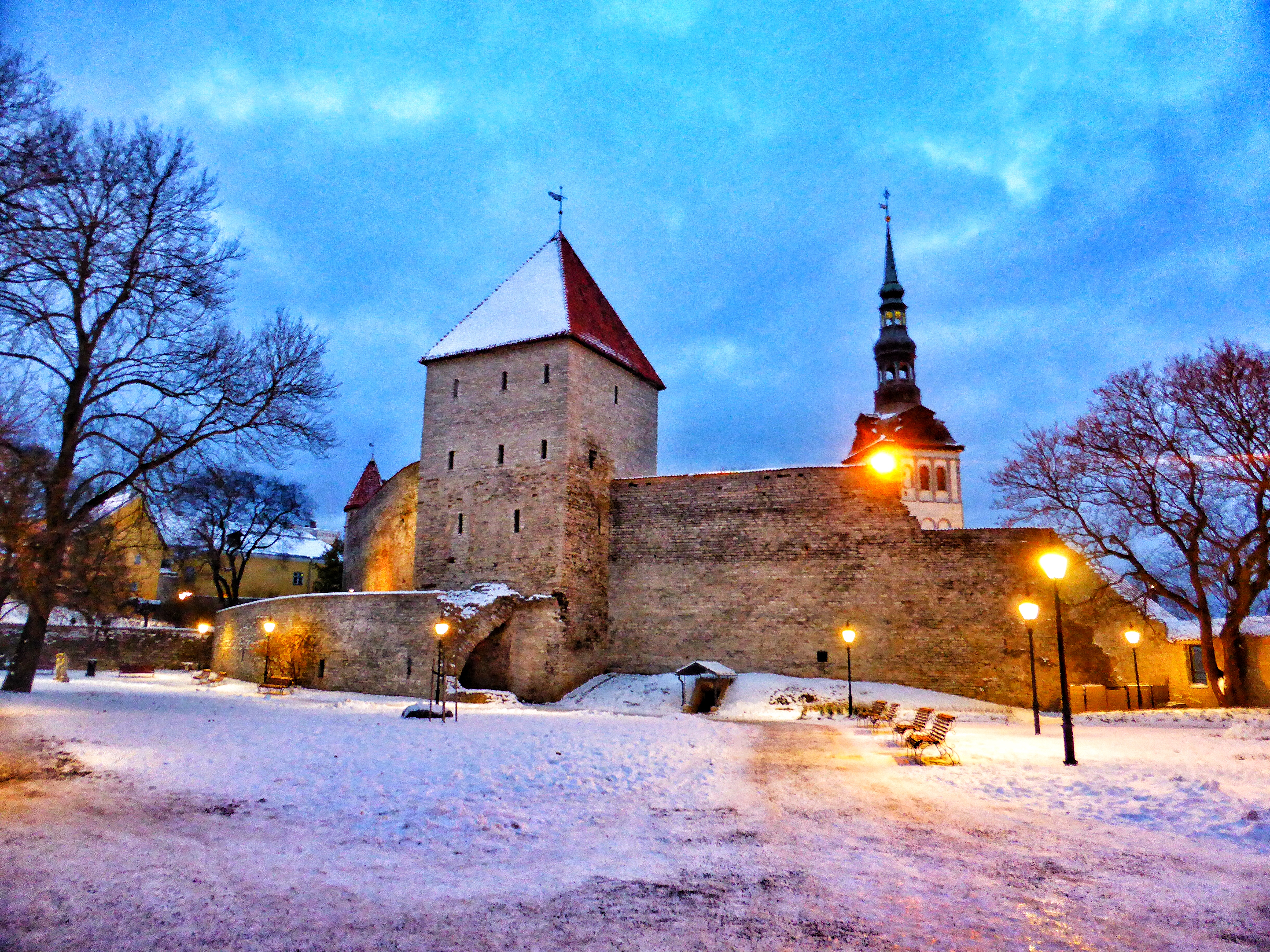 Finally the last day was spent enjoying Tallinn’s old town in somewhat daylight (snowed all day). It was nice to see the old city and its walls during the daytime, I certainly enjoyed filling up my suitcase with lovely knits, wooden crafts and bits and pieces for gifts. By this stage it was snowing so the scarf got converted into a headscarf/hat! 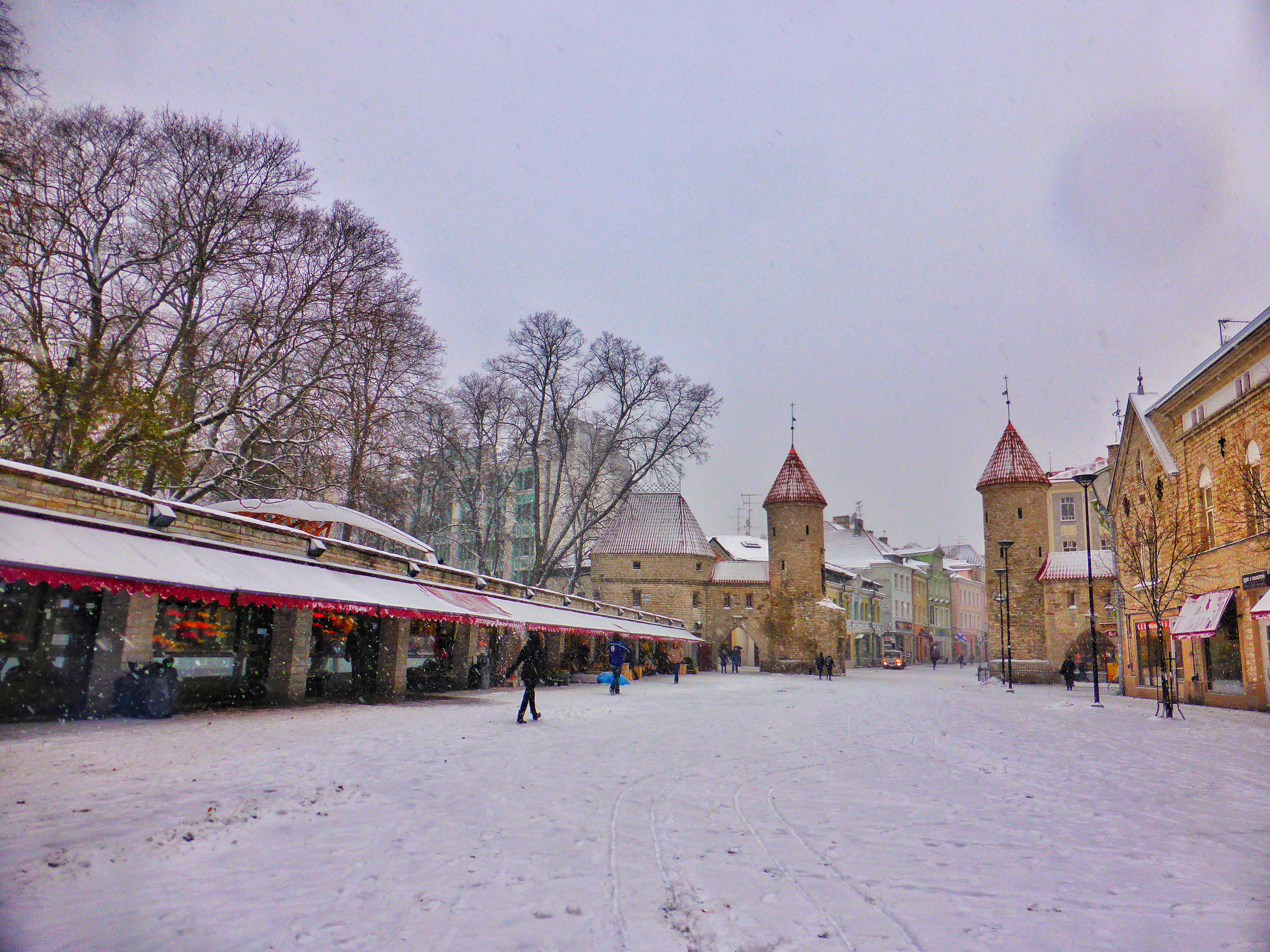 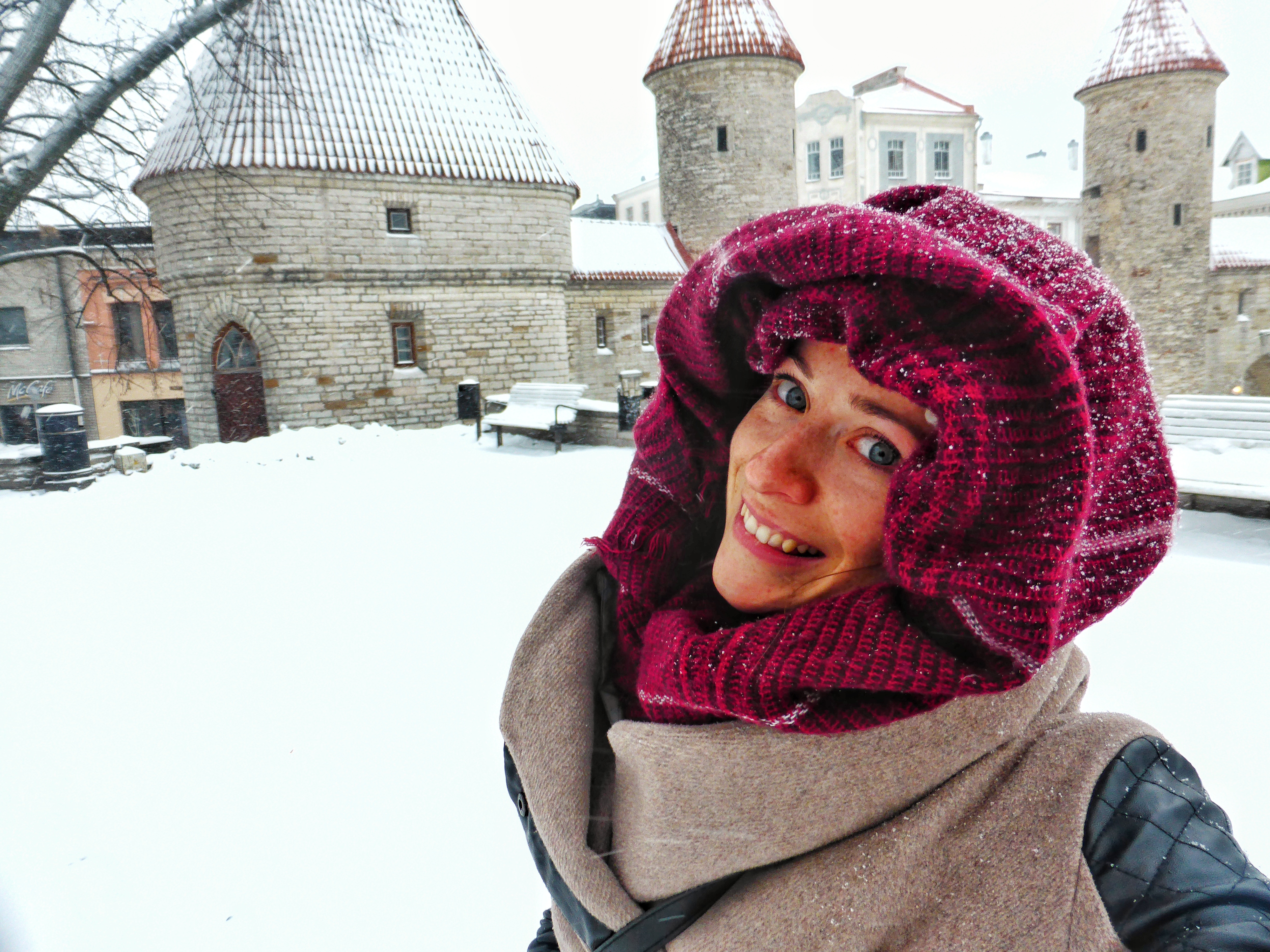 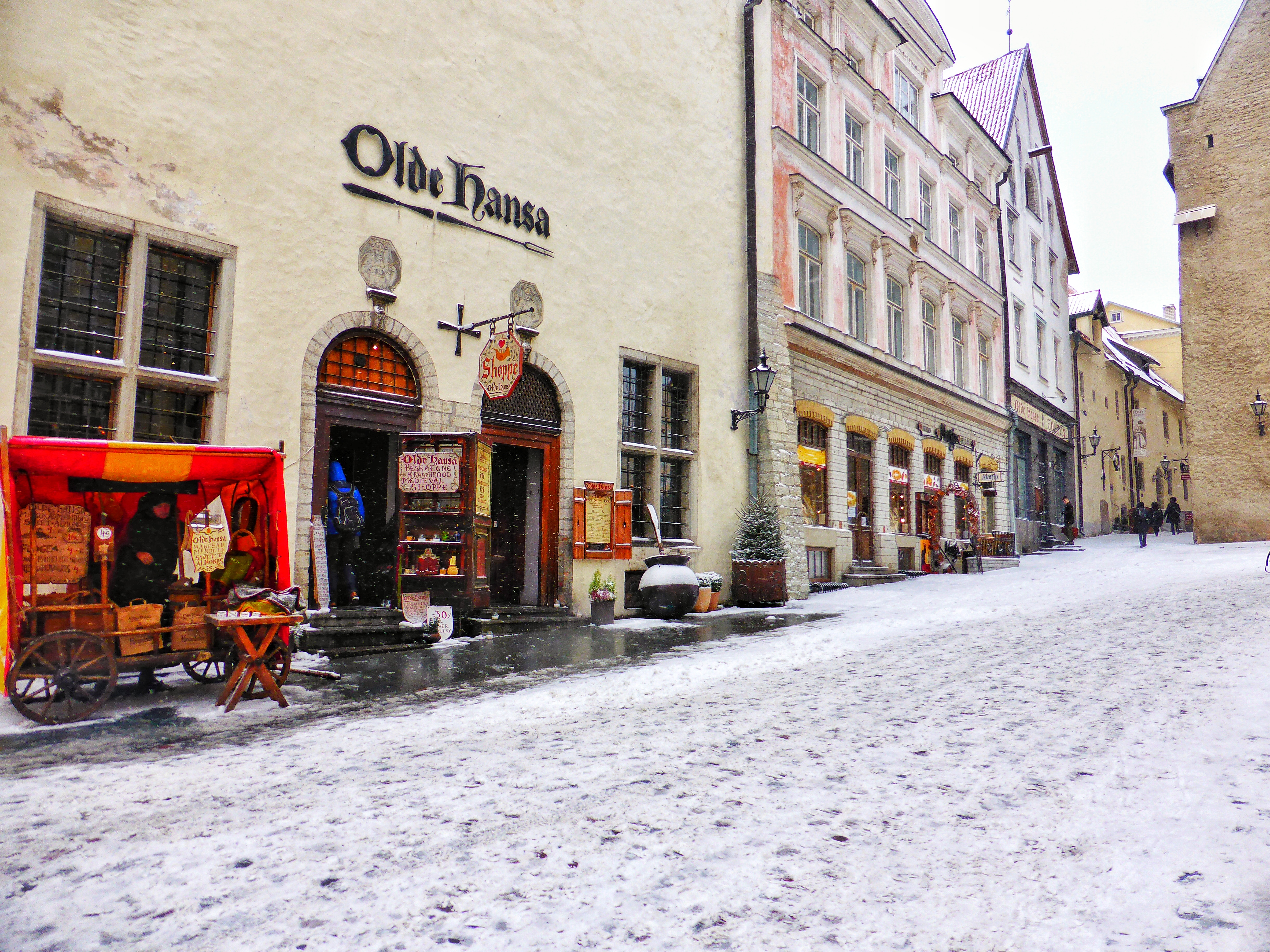 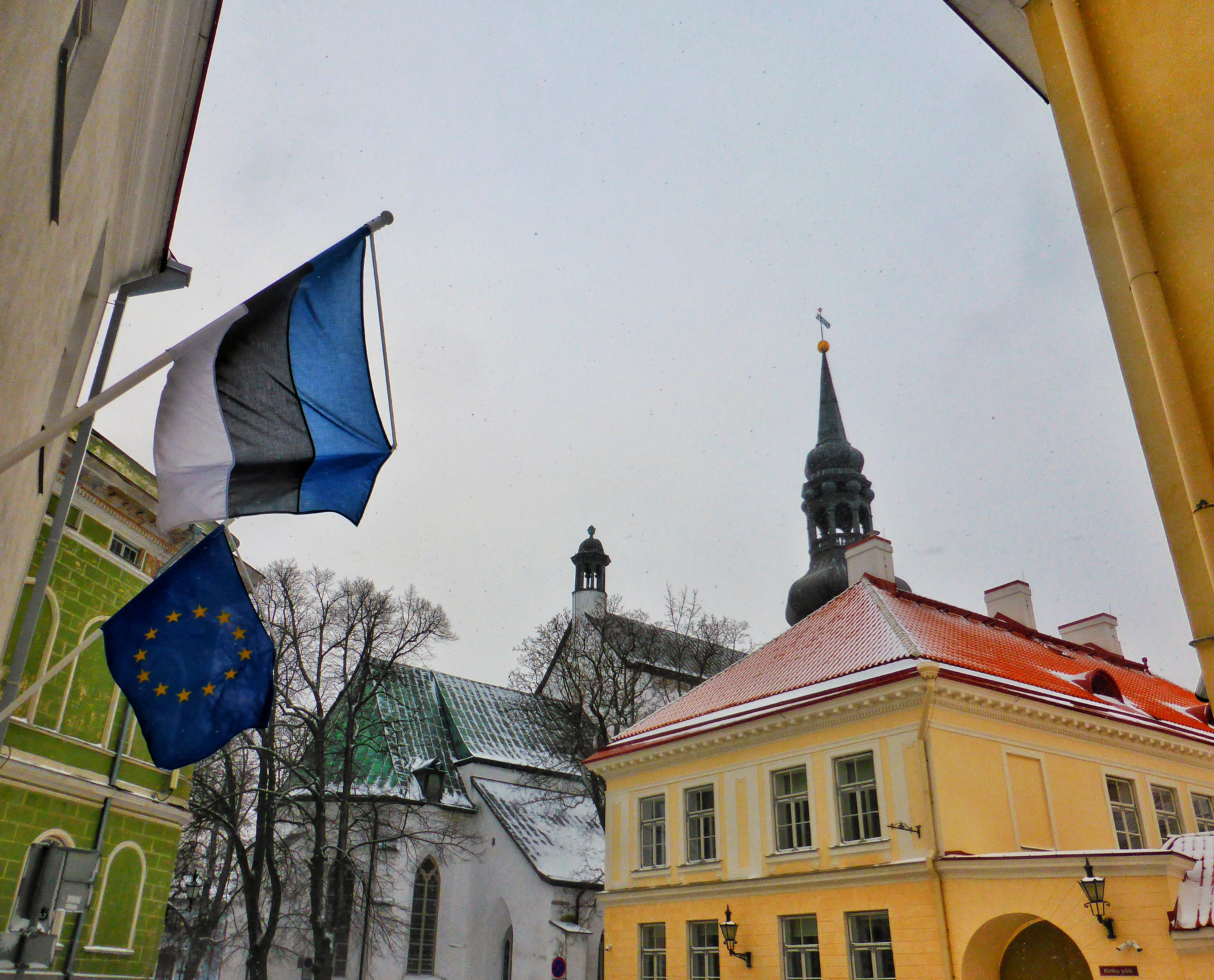 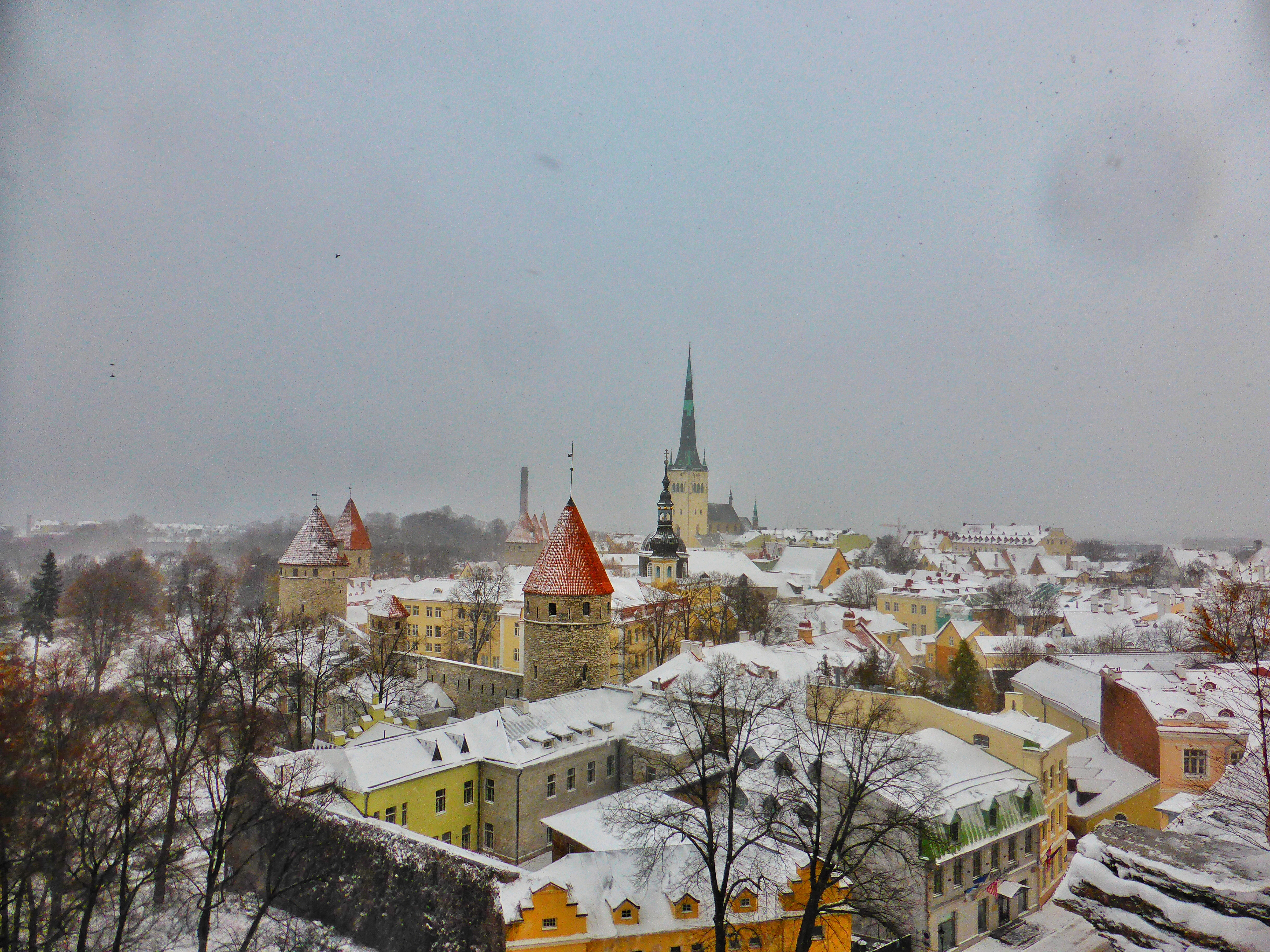 Tallinn you were bloody freezing, but more than a bit gorgeous!